These MENA Journalists Have Been Targeted by the Pegasus Spyware

Published November 4th, 2021 - 07:48 GMT
The US Commerce Department has put the Herzliya-based NSO on the "entity list". (JOEL SAGET/AFP)

The US has just announced placing the Israeli developer of the Pegasus spyware on the blacklist, limiting the company's prospects of exporting its products to the country. 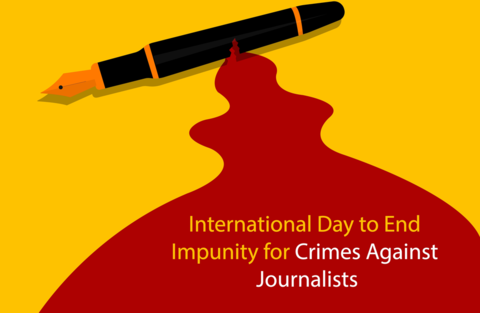 Pointing to "transnational repression" that has been boosted by spyware over the last few years, especially in terms of hacking devices of journalists and other global figures on political bases, the US Commerce Department has put the Herzliya-based NSO on the "entity list" along with three other firms.

“The United States is committed to aggressively using export controls to hold companies accountable that develop, traffic, or use technologies to conduct malicious activities that threaten the cybersecurity of members of civil society, dissidents, government officials, and organizations here and abroad,” U.S. Secretary of Commerce Gina Raimondo

Meanwhile, a report by Forbidden Stories, an international organization dedicated to protecting journalists' work against censorship and persecution has published a list of 180 names, shedding light on a number of journalists worldwide who have been targeted by the Pegasus spyware.

The report which has been conducted in cooperation with Amnesty International points that not all 180 journalists have been successfully hacked, but they all were targets of the software at some point during the last several years.

Amongst journalists mentioned in the Forbidden Stories' report, there are 8 journalists coming from the Middle East, 7 of which are from Morocco, while the eighth journalist is the UK-based Lebanese-British editor of the Financial Times Roula Khalaf, whose phone, according to the report, is believed to have been targeted by UAE authorities.

At least 180 journalists have been selected for surveillance with the #Pegasus spyware, a technology sold by the Israeli company NSO Group to governments around the world. ⁦@FbdnStories⁩ https://t.co/TBoTvMW6TH

The Moroccan journalists are Taoufik Bouachrine, who is known for his harsh criticism of Moroccan authorities through Akhbar Al-Yaoum independent daily and is now serving a 15-year jail sentence for alleged “human trafficking,” “abuse of power for sexual purposes,” “rape, and attempted rape.” Both Bouachrine and his wife Asmae have been surveilled by Pegasus between 2017 and 2018.

Souleimane Raissouni is another Moroccan journalist whose phone has been infected with Pegasus between 2017 and 2019. Raissouni has worked closely with Bouachrine in Akhbar Al-Yaoum before he was arrested and "charged with sexual assault" for which he is now serving a 5-year jail sentence. Moreover, his niece Hajar Raissouni and her fiance who were arrested by Moroccan authorities for "illegal abortion" have also been under Pegasus surveillance.

Aboubakr Jamai is a Moroccan journalist in exile whose phone was hacked by Pegasus for two weeks through Whatsapp in 2019. According to Forbidden Stories, Jamai was forced to quit his role at the independent weekly Le Journal Hebdomadaire following judicial harassment by the authorities.

Maria Moukrim is another Moroccan journalist whose phone was targeted by Pegasus. Moukrim has also worked closely with the well-known Taoufik Bouachrine. She is an independent journalist who was the president of the Moroccan Association for Investigative Journalism (AMJI) until July 2014.

Hicham Mansouri's phone was targeted about 20 times during 2021. He is an investigative journalist and former member of the Moroccan Association for Investigative Journalism (AMJI). His journalism career started with a satirical political blog online through which he was quite critical of Moroccan authorities. Mansouri has been harassed by the government since 2015 when was sentenced to 10 months in prison for adultery after armed agents broke into his home and found him with an unmarried woman.

Another victim from Morocco is Ali Amar is co-founder of the independent news website Le Desk. His work has touched on a number of sensitive issues such as human rights and the conflict in Western Sahara.

Omar Brouksy's work with  Le Journal Hebdomadaire and later for the wire service AFP has also gotten him under surveillance with Pegasus.