Top MEMEs About the Chinese ‘Out of Control’ Rocket

Published May 9th, 2021 - 11:05 GMT
MEMEs about the Chinese Long March rocket fill the internet. (Twitter)
Highlights
The Chinese rocket broke out while entering the Earth’s atmosphere near the Indian Ocean. 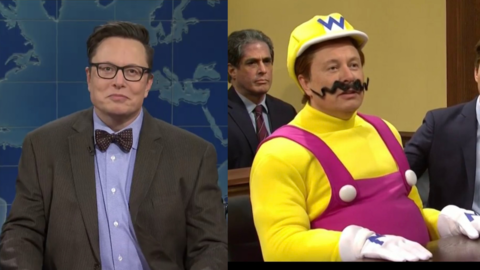 Ever since the news came out days ago about the Chinese rocket whose government wasn’t able to control its final destination; MEMEs creators have found their paths to shine amid fears of the possible disaster the rocket might cause if it crashes into the Earth.

The US Space Agency (NASA) has confirmed earlier today, May 9th, that China's Long March rocket broke out while entering the Earth’s atmosphere as its debris fell in the Indian Ocean, near the Maldives.

The Long March 5B was launched from China's Hainan island on April 29 with the unmanned Tianhe module, which contains what will become living quarters on a permanent Chinese space station.

The Chinese rocket has caused such a huge wave of mockery on the internet accusing China of trying to wipe out human life on the planet; especially after the novel coronavirus pandemic which affected 158 million people across the world; and caused over 3.28 million deaths. The first case of the COVID-19 was discovered in China’s city Wuhan in 2019 then it rapidly developed to become a global pandemic.

Translation: “China: whoever wants to die by the COVID virus stand on this side; and the ones who want to die by the rocket go over there.”

Moreover, The Chinese National Space Agency stated a couple of hours ago that the Long March 5B rocket re-entered the Earth’s atmosphere over the Indian Ocean at 02.24 UTC on Sunday, southwest of Sri Lanka.

Furthermore, people weren’t satisfied with only creating their own memes and jokes about the out of control rocket, fake videos of the Long March crashing different areas on Earth were also released and unfortunately became viral on social media.

Me thanking God for surviving COVID only to be ended by the Chinese Rocket #ChineseRocket #chinarocket pic.twitter.com/5pSoI3mY26

Nonetheless, Harvard astrophysicist Jonathan McDowell posted on Twitter: “An ocean reentry was always statistically the most likely. It appears China won its gamble… But it was still reckless.”

Luckily, the Long March rocket didn’t cause any huge disaster as it safely crashed upon arrival to the Earth’s atmosphere; NASA condemned China saying it couldn’t "meet responsible standards'' after debris from its out-of-control rocket dropped into the Indian Ocean.

Even our death will have a “Made in China” label in it.
hahah 🤣 #china_rocket https://t.co/Xu6GZn4dy4