Nearly three weeks after her death, details of Ivana Trump's burial in her former husband's golf club in New Jersey have made headlines, after reports of it being a Trump "grift" to evade taxes. 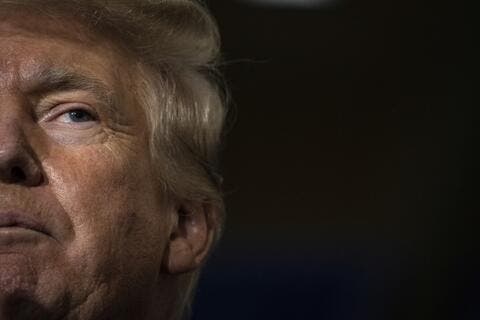 Donald Trump is Back in Washington For First Speech

According to several websites that cited tax experts, the Trump family's choice of his National Golf Club in Bedminster for Ivana Trump's last resting place on July 20 was a financial maneuver to gain tax benefits, by granting the golf course a gravesite status, and consequently, fall under cemetery regulations in the state of New Jersey, according to which it gets an exemption from taxes.

Looks like Trump spared no expense on his first wife’s burial. Ivana Trump has been buried at Trump National Golf Club in Bedminster, New Jersey. Classy. Lil Donny, Eric and Ivanka can visit when they caddy for daddy. pic.twitter.com/Pi8q2PcRPL

While such claims can not be verified, online people took to social media networks to weigh on the news, debating whether or not it is a "smart" move by a businessman or a brazen trick to avoid paying tax money to the state deliberately. 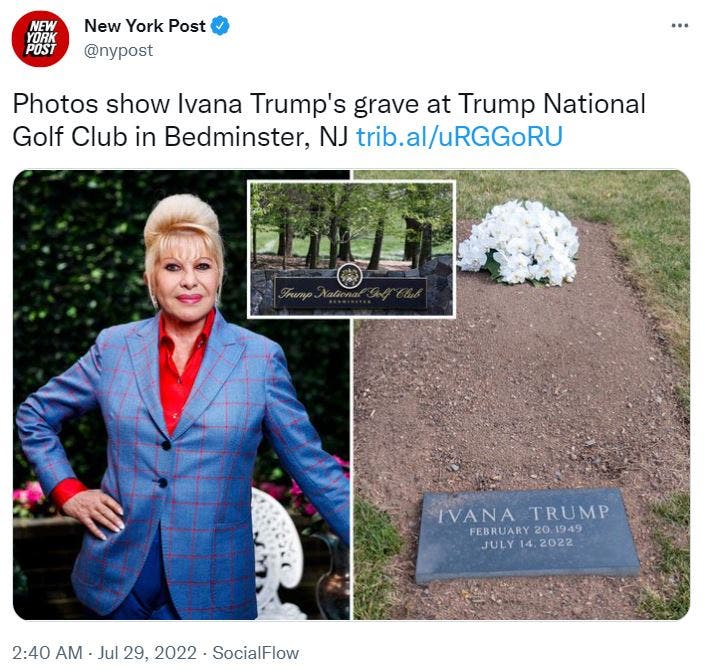 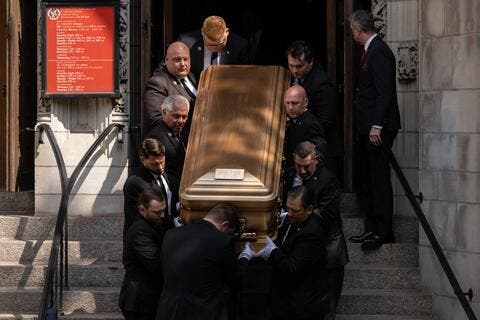 Some users attacked the Trump children for "allowing their mother's death to be used in a despicable way", especially since she had died alone in her New York apartment after falling down and sustaining injuries.

Imagine dying alone and then being buried on the ground of your second husband‘s golf club. I’m no fan of Ivana trump but man….

Other online people shared photos of the grave just a few feet away from the first tee box at the golf course.