UAE Former Advisor was 'Top Donor' to Both Trump AND Clinton

In 2020, former advisor to UAE's Crown Prince, George Nader pleaded guilty to sexually exploiting boys as young as 3 years old. But now, he is facing a different set of charges. 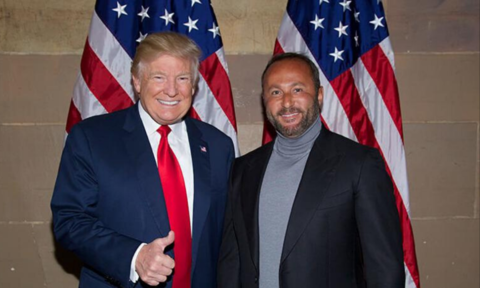 According to NBC News, Lebanese American businessman George Nader who was one of the top advisors to the UAE's Crown Prince Mohammad Bin Zayed has pleaded guilty to illegally funneling millions to Hillary Clinton's 2016 campaign.

NBC reported a statement by the US Department of Justice, saying that Nader worked closely with Ahmad Khawaja, who goes by the name “Andy” between March 2016 and January 2017, during which "Khawaja conspired with Nader to conceal the source of more than $3.5 million in campaign contributions, directed to political committees associated with a candidate for President of the United States in the 2016 election."

In 2020, Nader was convicted for child trafficking and transporting child pornography. His name was also amongst the main ones investigated during the Special Counsel Robert Mueller probe into Russian involvement in the Donald Trump 2017 election campaign.

That was quick. We don’t get to know whether DOJ sought to extradite an indicted fugitive who was involved with George Nader in bringing in foreign money to Hillary’s campaign. Even though he was arrested in Lithuania. DOJ is concerned with his personal privacy. pic.twitter.com/TLDQGiUPmW

Nader was accused of arranging a meeting in the Seychelles islands between Erik Prince, a Trump supporter and Education Secretary Betsy DeVos' brother, and Kirill Dmitriev, the chief executive officer of Russia's sovereign wealth fund and a close associate of Russian President Vladimir Putin.

However, Nader and Khawaja seem to have also helped donation efforts to the Trump campaign in 2016. In a February 2020 interview with the Spectator magazine, businessman Andy Khawaja "claimed that he personally offered leaders in Saudi Arabia and the UAE high-tech tools to facilitate their efforts to donate hundreds of millions of dollars to Donald Trump's 2016 presidential campaign."

Maronite Patriarch Slams The Disruption of Upcoming Polls in Lebanon