US Double Standards: Russia Can't Recognize States but We Can

US President Joe Biden has landed in hot water following his latest remarks about the Russian President’s decision to recognize Donetsk and Luhansk in western Ukraine as independent states. 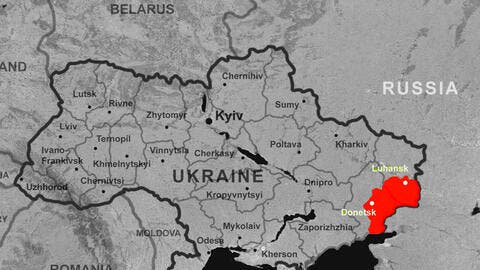 Which Countries Avoided Denouncing Putin’s Recognition of Donetsk and Luhansk?

"Who in the Lord's name does Putin think gives him the right to declare new so-called countries on territory that belonged to his neighbors?" Biden said in a press conference on Tuesday.

"Who in the Lord's name does Putin think gives him the right to declare new so-called countries on territory that belonged to his neighbours?"

US President Biden speaks about the crisis in Ukraine and announces additional sanctions against Russia https://t.co/CHaYHB3Wdo pic.twitter.com/YBgw4L3mfQ

Furthermore, he added that this statement is considered a violation of international law. He also asked to have tough sanctions imposed on Moscow and urged the int’l community to do the same.

A huge criticism was launched on social media platforms decrying the US President’s remarks as Washington is well-known for recognizing other people's lands without asking for international agreement.

In December 2017, US President Trump formally endorsed Jerusalem as the capital of Israel and agreed to move the country’s embassy from Tel Aviv to Jerusalem. Pro-Palestinian activists mocked Biden’s latest statement referring to recognizing Israel and the Abraham Accords signed in 2020.

Furthermore, Jerusalem wasn’t the only state the US recognized as Israeli. Syria’s Golan Heights was recognized to be an Israeli land in March 2019 also by the US. The Golan Heights refers to the border region captured from Syria by Israel during the Six-Day War of 1967.

Some people slammed the President’s conference remarks by saying that the USA is an occupied territory considering that it was taken from Indigenous Americans. A Twitter user wrote: “It is estimated that over 300 million people died so the USA can become a country.”

It is estimated that over 300 million people died so the USA can become a country..

The United States is the last country to act as a moral compass for anybody 😂 https://t.co/BMknrVsVop

Others have decided to justify Putin’s decision to recognize the independence of Donetsk and Luhansk in the Donbas region saying that Russia didn’t recognize the countries for itself but they declared their ‘own independence in 2014’ and Moscow just belatedly acknowledged it.

Moreover, people have also mentioned Hawaii and Guam islands which are located in the Pacific Ocean along with Puerto Rico, northeast the Caribbean Sea, that were once independent nations, but were seized by the US.