Which Countries Avoided Denouncing Putin’s Recognition of Donetsk and Luhansk?

Countries stands were divided yesterday following the Russian President’s decision to recognize the independence of Ukrainian separatist regions “Donetsk and Luhansk.” Vladimir Putin ordered sending troops to Eastern Ukraine in what he described as a ‘peacekeeping mission’. 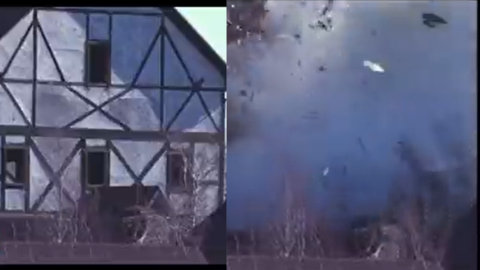 Russia vs Ukraine: The War of Fake Videos on the Internet

Following Putin’s announcement, a number of world leaders denounced the president’s decision and called for international cooperation and tough sanctions against Russia claiming that it violates Ukraine’s sovereignty.

President Putin said the responsibility for "continuing the bloodshed" would lie with Ukrainian authorities while signing decrees to recognize breakaway regions of Donetsk and Luhansk as independent states. pic.twitter.com/s1DjUGWkrW

The US and the UK were the first to raise their voices against Putin’s recognition decision and vowed massive economic sanctions against Moscow. Germany has also joined forces and announced halting Nord Stream 2 as Ukraine’s crisis continues to deepen.

Furthermore, President Volodymyr Zelensky rejected Moscow’s decision to recognize the Donetsk and Luhansk regions as independent states calling it a "violation of the sovereignty and territorial integrity" of Ukraine.

Estonia will never accept the illegal decision by Russia to recognize Donetsk and Luhansk regions. They are an internationally recognized part of Ukraine, like Crimea. Clearly, Moscow is not serious about diplomacy but is looking for casus belli. #StandWithUkraine

The UN Security Council had held an urgent meeting yesterday over rising tension following Putin’s decision. The president of Estonia Alar Karis expressed his rejection of Moscow’s recognition of the two self-proclaimed republics in a televised event and tweeted: “They are an internationally recognized part of Ukraine, like Crimea. Clearly, Moscow is not serious about diplomacy but is looking for casus belli.”

India, China, Brazil and UAE did not condemn Russia's decision to recognize LPR and DPR.

On the other hand, some countries have preferred to stay silent amid the world’s condemnation of Russia’s latest statements. Sources suggested India, Iran, China, Brazil, Nicaragua, and UAE didn’t react to Russia's decision to recognize LPR and DPR.

The Indian government has preferred to stay neutral when it comes to Russia-Ukraine tension saying only that “the escalation of tension along the border of Ukraine with the Russian Federation is a matter of deep concern,” Indian Express reported.

Iran’s Foreign Ministry spokesman said that his government is watching the developments happening in the area and is calling for peaceful dialogue to resolve the tension. China’s UN permanent representative also expressed the same idea.

Syria, Venezuela, Cuba will now move to recognise the independence of Donetsk and Luhansk as independent states. Putin has outsmarted Biden and achieved what he wanted without firing a shot! Celebrations in the Donbas region tonight. #RussiaUkraineCrisis pic.twitter.com/Bq1GyxKzvJ

Russia’s first ally "Syria" has announced to stand beside Russia and strongly supported its decision. The country’s FM Faisal Mekdad revealed that the Assad government “will cooperate” with the self-proclaimed Donetsk People’s Republic (DPR) and Luhansk People’s Republic (LNR).

However, Some social media people have claimed that more countries, including Venezuela, Cuba, will follow Syria in backing Putin and recognizing Donetsk and Luhansk.