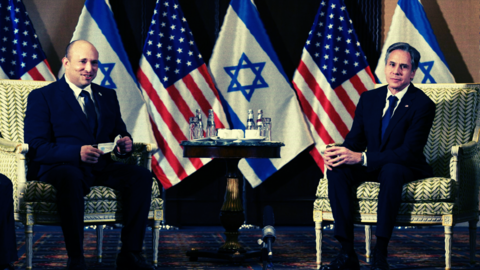 The video was taken during a Thanksgiving event featuring Lauren Boebert and several individuals in a room, as she told a story of a time she was in an elevator with Ilhan Omar, saying it was her " first Jihad Squad moment."

Over the Thanksgiving break, Lauren Boebert said she was recently in a Capitol elevator with Ilhan Omar when a fretful Capitol police officer ran up.

Lauren Boebert said: “Well, she doesn’t have a backpack. We should be fine.”

Boebert goes on to say that while in an elevator with Rep. Omar and a staff member of hers, a Capitol police officer, the latter ran up into the elevator, saying "Well, she doesn’t have a backpack. We should be fine," in reference to the connection often made between her Muslim heritage and terrorist suicide attacks.

In response to the video, Ilhan Omar took to Twitter denying that such an event ever took place, blaming Boebert for what she described as "anti-Muslim bigotry" to help her get more political power.

I apologize to anyone in the Muslim community I offended with my comment about Rep. Omar. I have reached out to her office to speak with her directly. There are plenty of policy differences to focus on without this unnecessary distraction.

On Friday, Lauren Boebert tweeted an apology to the Muslim community in the US saying that she has been trying to reach out to Ilhan Omar's office and stressing the need to "focus on policy differences without this unnecessary distraction."

Commenting on the exchange, former Republican congressman from Iowa Steve King came under fire after quoting a comment made with a congress member he didn't name, suggesting that Omar could fit "Four pounds of C-4" explosives under her turban and "wipe out half of Congress." 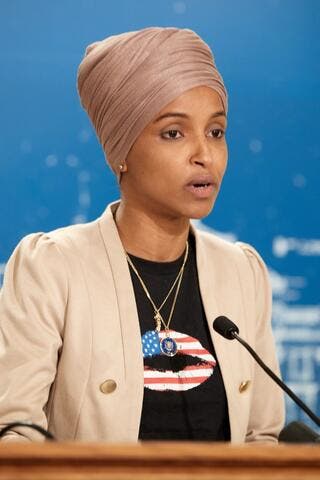 Pelosi changed House rules for @IlhanMN to allow her to wear her turban on the floor. First day, a Member said to me, “Four pounds of C-4 under that would wipe out half of Congress.” pic.twitter.com/iSbCN4iuy2

This is why I’m embarrassed to be a Republican. Why the fuck would you say this, Steve? DOUBT someone said that to you. Fully believe you thought that all up on your own. https://t.co/iOaH8A5jLV

Ilhan Omar was one of two Muslim women elected to the US Congress in 2018. She was born in Somalia before her family immigrated to the US in 1995 and lives in Minnesota. She is a member of the democratic party and is known for being a member of the six progressive congresswomen often referred to as "the Squad".