What is the Zombie Virus?

Published December 1st, 2022 - 06:18 GMT
(Shutterstock/ edited by Al-Bawaba News)
Highlights
Zombie virus refers to all the viruses viruses that have been dormant for thousands of years.

ALBAWABA - Zombie virus has been trending online since the news about the revival of the decade-buried virus by scientists in Siberian permafrost. But what is the Zombie virus? Is it dangerous? Will the world witness a new pandemic? 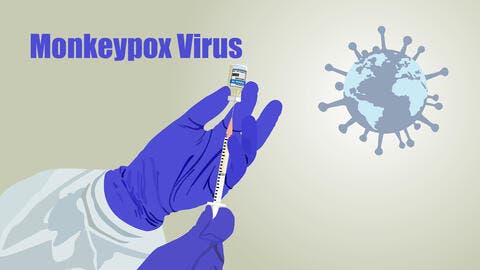 What is the Monkeypox Virus, How Does It Spread?

Researchers recently unfroze what was known as "the dormant amoeba virus" that had turned into a Zombie virus after being trapped for about 48,500 years beneath the ice. According to reports, the Zombie virus could be the oldest to be revived to this day.

What is the Zombie virus?

The truth is that the Zombie virus doesn't mean one virus but it's a term used for those viruses which have been dormant for thousands of years.

These viruses were frozen and buried under the ice. However, due to climate change and higher temperatures which melting the ice, scientists are said to have revived 13 viruses and called them "zombie viruses," as they remained infectious despite being underground for thousands of years.

Not only the Zombie virus, but scientists have also found Siberian wolf intestines and mammoth wool beneath the permafrost. According to researchers, the Zombie virus could spread diseases and harm people.

"The situation would be much more disastrous in the case of a plant, animal, or human diseases caused by the revival of an ancient unknown virus," researchers revealed adding that several mysterious viruses are still trapped inside the permafrost and they could potentially be dangerous to humans.

People are now more worried as the world is still recovering from the COVID-19 virus which started in 2019 and became a global pandemic in 2020. Coronavirus cases worldwide topped 647 million while deaths hit more than 6 million.