'Where Are the Lebanese and the Iraqi Flags?' Iran Lights Azadi Tower With Flags of Most COVID-19 Hit Countries

Published April 2nd, 2020 - 06:53 GMT
Iran has for decades had a huge impact on internal politics in Lebanon and Iraq besides other Middle Eastern countries. (AFP)

In a solidarity message Iran sent to other countries that have been affected by the coronavirus pandemic, authorities have lit up the famous Azadi Tower at the heart of Tehran with several flags, except for the two countries closest to Iran in the region; Iraq and Lebanon. 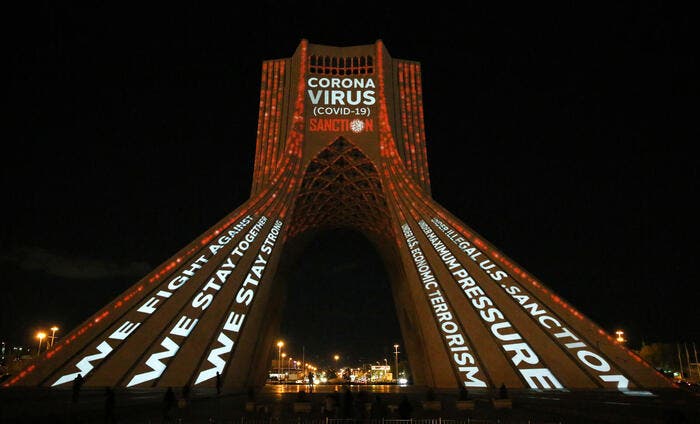 As soon as pictures of the Azadi Tower lights went viral, Lebanese and Iraqi commentators expressed their shock at the gesture of the country with which their governments have strong political ties.

Iran has for decades had a huge impact on internal politics in Lebanon and Iraq besides other Middle Eastern countries, but seems to have forgotten them, even though both countries have been amongst the most affected countries in the Middle East by the pandemic.

Translation: "Anyone else noticed the Lebanese flag is not there or is it just me?"

Twitter users questioned the reason they couldn't find their flags on the Azadi Tower, neither the names of their countries or major cities, at a time Iran included many western cities including New York and Paris. 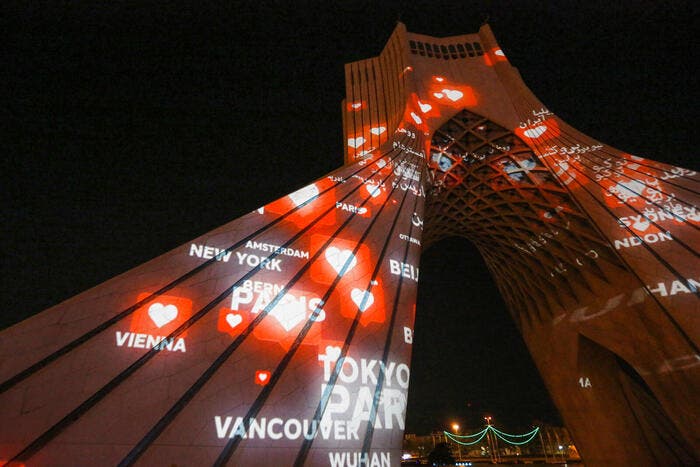 Some tweets went on to consider that "Iran doesn't treat Lebanon or Iraq as counterparts, but rather as sub-countries that report to the Iranian government", which for them explains why their flags had no place in the humanitarian gesture.

Translation: "No presence of the Lebanese flag nor the Syrian nor the Iraqi. These are all considered governorates that belong to Iran. I'd like to thank them for making things clear, unlike their followers here who are a bunch of hypocrite liars."

Translation: "I think this is a call for financial aid, it has nothing to do with solidarity or sympathy."