Which Austrian Minister Danced With Putin on her Wedding Day? 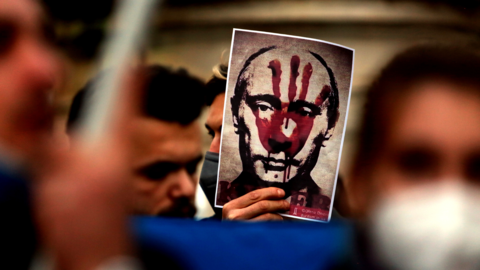 The Washington Post revealed Karin Kneissl got married four years ago and the star guest of her wedding was Putin. The ex-FM is said to hold a special dance with the Russian President on her wedding day. 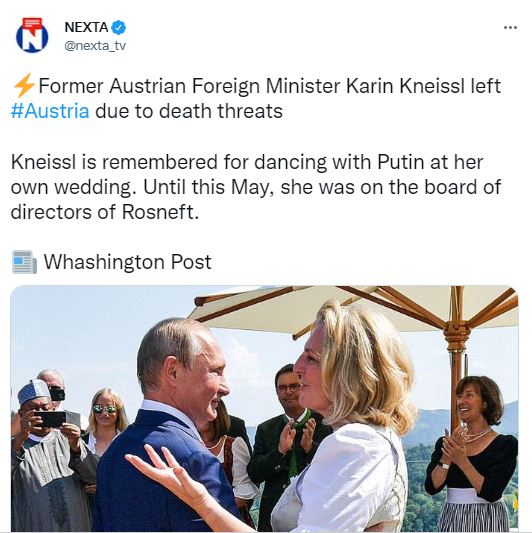 Sources further revealed that Kneissl’s wedding, which was held in Austria, was known as the most visible symbol of the political elite’s embrace of Russia.

During the ceremony, the Austrian former Foreign Minister held a special waltz dance with Putin who was also seen kissing the bride's hand.

Translation: "Concrete case of Russian "penetration" within the Austrian elites."

Kneissl was hired in a well-paid position in Rosneft which is a Russian state energy giant. However, the former FM resigned from her job following Putin's invasion of Ukraine on February 24th. 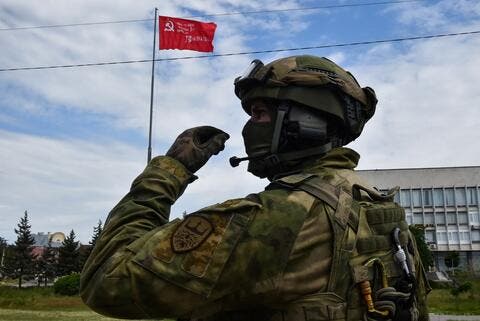 Social media users have gone online to share more photos that join Karin Kneissl and Putin from her wedding day with most of the pictures showing the bride's special dance with the Russian leader. 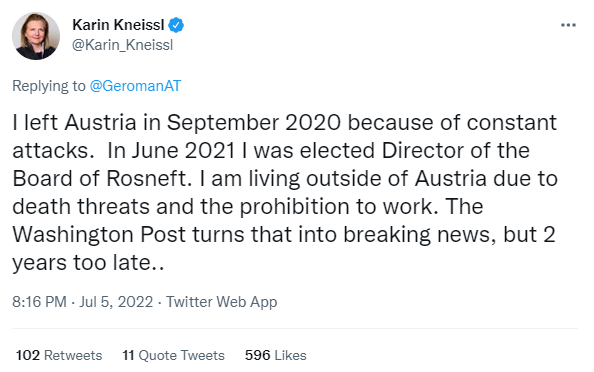 On the other hand, the 57-year-old politician replied to The Washington Post's story' saying that she had to leave her hometown in 2020 due to 'constant attacks', but later on she was hired as Director of the Board of Rosneft. Furthermore, Kneissl added that she was deprived of the right to work in Austria decrying the American famous news agency is trying to make it as a breaking story. However, two years after the incident.