Why Are Indians Boycotting KFC, Hyundai, Kia and Pizza Hut?

Many large brands are being targeted by furious Indians in the past few days. This rs related to support for Kashmir. People also want to boycott such companies after their celebration of the Kashmir Solidarity Day. 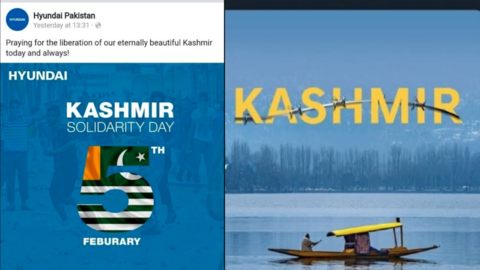 Huge campaigns, carried out by Hindu groups, were launched in India calling people to boycott and stop dealing with international brands including KFC, Pizza Hut, Hyundai, and Kia. Many hashtags were released on Twitter including “#BoycottKF, #BoycottPizzaHut, #BoycottKiaMotors, and #BoycottHyundaiindia”.

In some regions, angry demonstrators have attacked and forced the closure of one of the KFC restaurants following a ‘Kashmir Solidarity Day’ tweet by the restaurant’s branch in Pakistan.

In response, the Indian KFC branch has made an apology on Twitter and said: “We deeply apologize for a post that was published on some KFC social media channels outside the country. We honour and respect India, and remain steadfast in our commitment to serving all Indians with pride.”

We deeply apologize for a post that was published on some KFC social media channels outside the country. We honour and respect India, and remain steadfast in our commitment to serving all Indians with pride.

Furthermore, Indian KFC branches have added also posters inside their shops reading: “Entire #Kashmir including POK is an integral part of India” with the aim to reduce anger against them.

We are second most populated country in the world. If we unite and boycott these cheap marketing strategists then it will take only a month to make them go mad.#BoycottKFC #BoycottPizzahut #BoycottHyundai #BoycottKiaMotors
1 mahine mei aukaat pata lag jaayegi.#Uniteandboycott pic.twitter.com/3WCvAYiuJG

The social media posts triggered a diplomatic dispute, leading India to summon South Korea’s envoy over the matter last week. The External Affairs Minister of India received a phone call from South Korea’s foreign minister as they discussed bilateral and multilateral issues and as also related to the Hyundai matter.

On the other hand, Pakistanis held protests near the Ministry of Foreign Affairs to mark the Kashmir Solidarity Day in Islamabad on February 5th carrying banners and urging international communities to help end the “inhuman curfew” in Kashmir.

The conflict started after the partition of India in 1947 as both India and Pakistan claimed the entirety of the former princely state of Jammu and Kashmir. It is a dispute over the region that escalated into three wars between India and Pakistan.