Why Is the National Mall Decorated With the Russian Flag Ahead of Biden's Inauguration?

Published January 20th, 2021 - 10:28 GMT
The National Hall has been decorated with about 200k flags the night before the inauguration. (Twitter: @AlanRMacLeod)

In preparation for Joe Biden's inauguration scheduled today, the DC National Mall has been decorated with hundreds of thousands of US flags that have been planted around the area. However, several photos shared on social media showed a different angle of the scene, suggesting that the US capital has been celebrating with the Russian flag.

This is literally the flag of Russia, lol. ???? pic.twitter.com/cgwX0JDuTn

A unique event is expected to take place later today as a new US President is sworn in and welcomed to the White House as the 46th leader of the country. Yet, due to the pandemic restrictions and the heightened security concerns in light of the Capitol insurrection two weeks ago, the event will not welcome public attendance as per traditions. Instead, the capital city has featured about 200k flags planted across the National Mall, as they represent the Americans who can't make it to the national event. 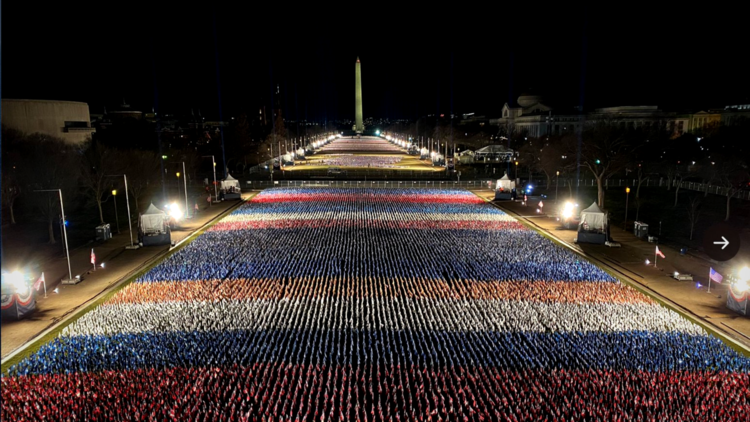 Looks like the Russians over upgraded their electoral interference to the max!!

Sharing photos of the unusual scene, many social media users noted that even though each of the flags represents the US, photos taken from faraway make it look as though the US capital is decorated with the Russian flag, igniting talks over conspiracy theories at such a critical time in the US.

Despite the fact that both flags contain blue, red, and white, some comments remembered the different Russian attempts to interfere in US politics, saying that this could be another attempt as well. 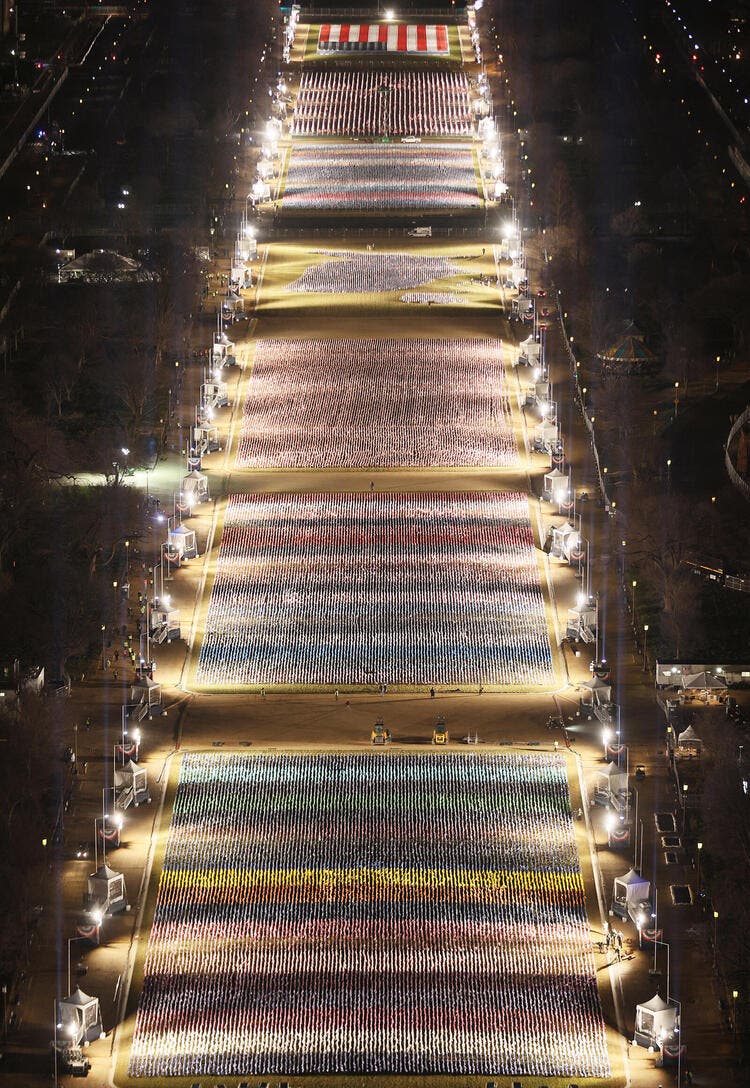 I wonder which of the Democrats thought of making a giant flag of Russia at the capitol.???? pic.twitter.com/Rd8Ck1VwXM

Inaugurating Joe Biden as the new president of the US, the outgoing president Donald Trump is said to skip the event as he will be leaving to Florida along with his family several hours before the event. Meanwhile, his VP Mike Pence and three other former US presidents are scheduled to be present for the official ceremony.