After the FBI's raid on the house of former US president Donald Trump in Mar-a-Lago, documents that contain information about the French President were also seized from Trump's property. 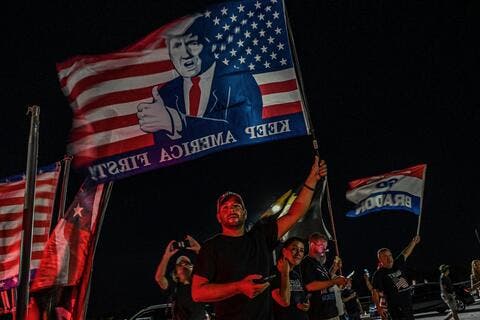 Documents with the title "info re: President of France" were also among the documents which were taken for investigation from the former president's place in Palm Beach, Florida, Rolling Stone Magazine reported. 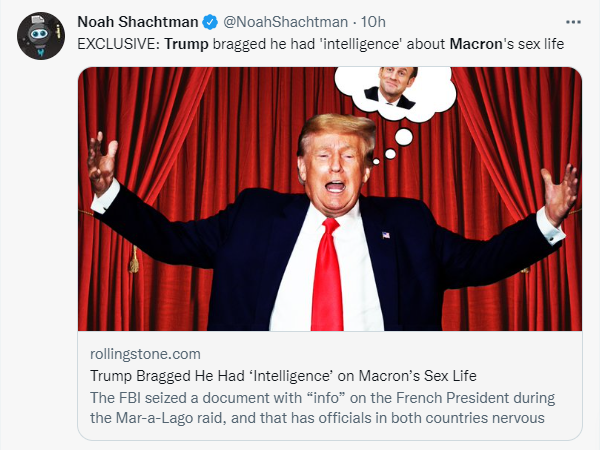 According to the magazine, Donald Trump has always been proud that he knew specific details about the love life of French President Emmanuel Macron when he was president and after he left the White House.

Huge interactions were made after the post went viral online as social media debated why did the ex-US president care too much to know information about the sex life of the French president.

shocking reveal that macron is faithful to his wife: french public calls for immediate resignation https://t.co/vb1RmvmeVF

Some people started to make fun of the papers that include insights about the life of Macron a person mockingly pleaded to Trump to leak the papers he have about the French president.

On the other hand, others on social media started to defend the French president Macron decrying Trump for preserving and collecting such information about his French counterpart as a person tweeted: "There is literally no sex info that would ever discredit a French president".

Maybe Trump planned to blackmail the French PM by threatening to reveal that he does not have a mistress. https://t.co/VXywi3UhsJ

Around three weeks ago, the FBI has raided the house of Donald Trump, Mar-a-Lago, which is the former president's resort home in Palm Beach, Florida.

According to CNBC report, the FBI raid was related to a Justice Department investigation into whether laws were broken when 15 boxes of White House records, which included some documents marked as classified, ended up at his home instead of the National Archives.