Former President Donald Trump on Monday said the FBI raided his home at the Mar-a-Lago Club in Florida. 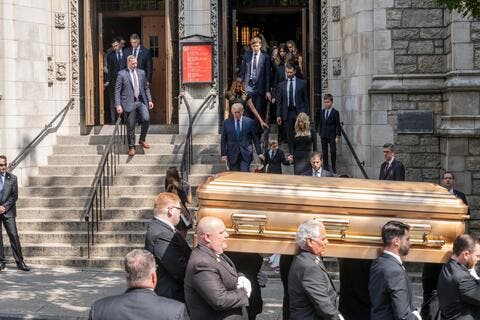 Trump said in a statement from his Save America political action committee that law enforcement arrived at the Palm Beach, Fla., residence unannounced after he had been "working and cooperating with the relevant government agencies."

"These are dark times for our nation, as my beautiful home, Mar-a-Lago in Palm Beach, Fla., is currently under siege, raided and occupied by a large group of FBI agents," Trump wrote.

He alleged that the raid was "not necessary or appropriate" and that the agents "even broke into" a safe.

In his statement, Trump also accused the Biden administration of weaponizing the "justice system" against him.

White House officials said that they were not given advance notice of the search of Trump's home, The New York Times and NBC News reported.

"We did not have notice of the reported action and would refer you to the Justice Department for any additional information," a White House official told NBC News.

Trump advisers also told The Washington Post that they were not notified of the search ahead of time and that the former president was not at the club, which is closed during the summer months.

Agents were conducting a court-authorized search as part of an investigation into the potential mishandling of classified documents shipped to Mar-a-Lago, The Washington Post reported.

Seems that Donald Trump is now in the "finding out" phase.

Earlier this year, the National Archives and Records Administration confirmed it retrieved 15 boxes of White House documents and other items including classified information from Mar-a-Lago in January.

The National Archives also asked the Justice Department to examine whether Trump's handling of White House records, which included ripping up documents in some cases, violated federal law.