You Are Neither Horse Nor Cow: Ivermectin Drug Doesn’t Prevent COVID-19

More people are being poisoned as they tend to take Ivermectin drug with the hope that it will prevent getting COVID-19 infection, Food and Drug Administration said.

FDA stated that it hasn’t approved or authorized the use of Ivermectin drug, which is basically a drug to treat or prevent parasites in animals, for COVID-19 and warned people not to use it.

According to the FDA, multiple reports were received showing patients who had to undergo medical support or hospitalization after self-medicating with ivermectin after allegations that it thwarts COVID-19. It has also clarified that the Ivermectin drug for animals is different from the ones for humans while insisting it hasn’t studied its effectiveness against COVID-19.

The FDA’s comment has triggered controversy on social media as some people responded to what they described as ‘humiliating’ comment while others slammed people who take medications without a recommendation.

One person expressed his disappointment that people take ‘recommended dosage for a 1,200+ pound animal.’

It's sad that the public health experts have created such distrust in their mishandling of Covid, that some of the public would risk taking the animal version of Ivermectin rather than subjecting themselves to the expert-approved Covid vaccine.

The FDA had to issue an explanation for that, which I put in the thread. Why people would need that I don’t understand, but here you go. https://t.co/SEjIKoyaJ1

Others made fun of people who actually thought the Ivermectin drug will protect them from COVID-19: “Death bed AntiVa patient horse deworming person: see....COVID didn't kill me.....ughhhhhhhhh,” “I'm not a sheep! I'm a horse!” as well as “Darwin Award winners, all. Congrats!.” 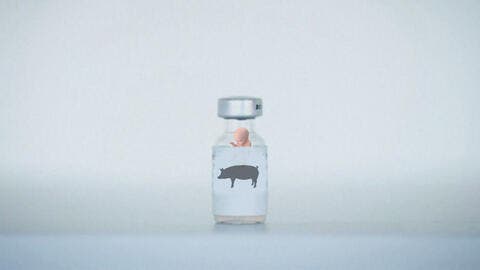 Ivermectin is routinely used on small animals, such as dogs and cats, to prevent heartworm infections. In large livestock animals—including cattle, horses, pigs, and sheep—it's used as a deworming drug.

However, the FDA has not reviewed data to support use of ivermectin in COVID-19 patients to treat or to prevent COVID-19; however, some initial research is underway.

Furthermore, It has warned about the difference between the Ivermectin made for humans and the one produced for animals. Animal drugs are often highly concentrated because they are used for big animals like horses and cows, as they can weigh a lot more than we do—a ton or more.  Not to mention that if people take a high dose of such a drug,they can be poisoned as it becomes highly toxic.