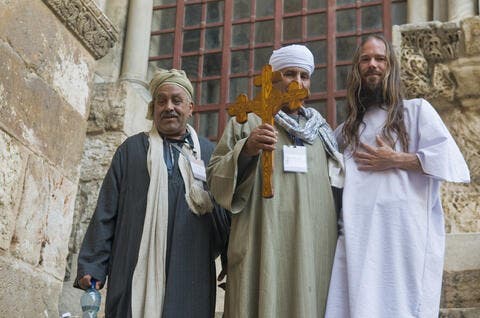 Relations Between Copts, Government and Islamic Groups in Egypt

Hizb ut-Tahrir was founded in the year 1952 AD under the leadership of Sheikh al-Taqi Nabahani. He also wrote a thesis entitled "Islamic State". Hizb ut-Tahrir's political thought is centered on the formation of the Islamic State, known as the Caliphate, and the head of the Islamic State, who manages the affairs of the caliphate, is called Calipha. The Calipha also has the sole responsibility in all of the society matters including personal, social, political, community, etc.

Hizb ut-Tahrir experienced relative success in many Arab countries in its first decade of operation and the party was outlawed for its involvement in two coups. The dispute over the proper way to re-establish the caliphate and the vision for the future of this system led to their dispute with the Muslim Brotherhood.

They have been more active in many provinces such as Badakhshan, Takhar, Parwan, Kapisa, Panjshir, Balkh, Kunduz, Herat and so on. Their branches and circles in both Persian and Pashto languages ​​have increased their recruitment since 2009.

The structure and ideology of Hizb ut-Tahrir to create a caliphate is clearly defined. Hizb ut-Tahrir's extensive publications in Afghanistan are available in the form of books, magazines, periodicals, and brochures such as "Caliphate" and "Change" on its official website. In fact, the party wants to pave the way for the acceptance of political Islam involving the caliphate.

They have pursued goals such as mobilizing the people through propaganda, influencing representatives in organs, being close to ulema, tribal elders, political leaders and youth of Afghanistan, influencing universities, mosques and religious schools, and launching a political struggle in Afghanistan.

The relationship between Hizb ut-Tahrir and the Taliban in Afghanistan

Hizb ut-Tahrir and the Taliban have similarities and differences in Afghanistan. The party is like the Taliban in opposing government and democracy. The Taliban are indigenous and ethnic, but Hizb ut-Tahrir is global and without borders.

Zabihullah Mujahid had said before that Hizb ut-Tahrir is not present in the Taliban’s areas of influence and the group will take action against them if it feels threatened by them. Some experts inside Afghanistan believe the party has played a role in recent months and the rise of the Taliban in the country. Hizb ut-Tahrir demands attention to the revival of the caliphate and non-participation in the coalition government (a mixture of Islam and secularism).

Hizb ut-Tahrir in Afghanistan congratulated the people of Afghanistan and the entire Muslim Ummah on the withdrawal of the United States and NATO. From the party's point of view, the American puppet regime did not rule the people according to Islam and perished, but the remnants of the occupation still exist at various levels. After the Taliban's presence in Kabul, Hizb ut-Tahrir seems to see the current situation as an important opportunity. However, in his statement, the party has sometimes supported the Taliban and sometimes took a critical look at their approach.

It considers non-Islamic means of pressure and conditions such as non-recognition of Taliban, economic sanctions and freezing of financial assets and propaganda for ISIS-K  as EFFORTS to prevent the establishment of an Islamic system by the Afghan Taliban. In this regard, Hizb ut-Tahrir urges the Taliban not to have an optimistic view of the United Nations and other international organizations and joining these organizations.

Hizb ut-Tahrir is also critical of the use of Mohammad Zahir Shah's constitution by the Afghan Taliban, calling it too dangerous. In addition, they oppose limiting the Taliban's political and military victory to national borders and forcing the Taliban to enter international forums.

Hizb ut-Tahrir also sees the suspension of billions of dollars in international aid and the cut-off of access to $ 10 billion in the country's foreign reserves as aimed at pressuring the Taliban government to implement a version of Islam in line with Western secular liberal tastes.

In fact, Hizb ut-Tahrir sees compromise in the implementation of Islam as destroying the legitimacy and credibility of the Taliban among the people, and calls for a constitution based on Sharia. In this approach, Hizb ut-Tahrir categorically rejects the demands of the United States, Europe, the United Nations, and the countries of the region to propose a "participatory system" and a future political system for Afghanistan.

Hizb ut-Tahrir and ISIS-K in Afghanistan

Hizb ut-Tahrir had previously claimed that the ISIS caliphate was illegitimate from the Islamic point of view, describing al-Baghdadi's declarations as empty and meaningless. Some Hizb ut-Tahrir supporters say that the announcement of ISIS's caliphate will have very negative impact on the ordinary people regarding the caliphate government. From this point of view, by introducing political Islam under the name of caliphate, ISIS is trying to weaken and discredit the caliphate among the Muslims of the world.

Hizb ut-Tahrir has accused the United States of supporting ISIS-K to destabilize Afghanistan and believes that ISIS-K 's activities against the new government in Afghanistan will increase. Hizb ut-Tahrir believes that if the Taliban do not realize the current situation, economic problems, unemployment and poverty; the ranks of ISIS will be strengthened.

Some Hizb ut-Tahrir activists oppose celebrating Nowruz, attending the shrine of Ahmad Shah Massoud, and other ethnic and national customs in Afghanistan. Hizb ut-Tahrir supporters do not accept participation in a mixed government of Islam and secularism, and hope that a caliphate will be declared in Afghanistan, with neighbors such as Pakistan and "Central Asian" governments joining the caliphate and freeing all Muslims from captivity. In this regard, Hizb ut-Tahrir considered the Islamic Republic of Afghanistan a puppet state which has an infidel constitution. 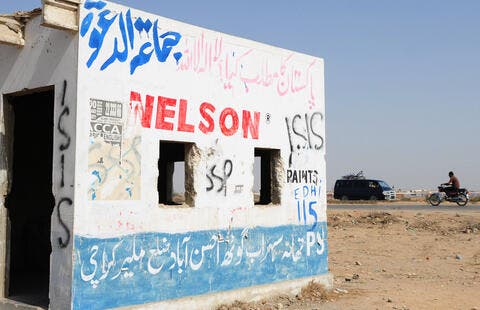 On the other hand, as Dr. Abdullah previously said, Hizb ut-Tahrir is the civil branch of terrorist groups, Hizb ut-Tahrir ideological thinking can lead young people to terrorist behaviors or terrorist movements. According to some Afghan party leaders, Hizb ut-Tahrir, Taliban and ISIS-K  forces are multi-identity and appear in different costumes whenever necessary.

In fact, Hizb ut-Tahrir has all the characteristics of a fundamentalist movement. Although the party is less involved in violence, they are waiting for the right time to start a violent struggle. This means that the party is not openly non-violent at all times.

The idea of ​​Hizb ut-Tahrir's strong utopia has also been rejected by many Shiite and religious minority groups in Afghanistan. In fact, the software element of violence and extremist views of Hizb ut-Tahrir support both violent changes. Therefore, due to its growing influence in rural and urban areas with the majority of Afghanistan's Sunni population, this group will be a threat to the future of Afghanistan.