Anxious in the GCC: Erratic Friends and a Badly Timed Virus

At the end of 2019, watchers of the oil rich Arab Gulf states may have expected 2020 to have been defined more by continuity than change.

The region’s wealth and political authoritarianism has long been seen as a buffer against the instability that has plagued its neighbours. Riyadh and Dubai were expected to be at the centre of the world’s attention as they prepare to host the G20 Summit and the World Expo respectively.

The states of the Gulf Cooperation Council were forecast to continue to grow in importance as trading and logistics hubs connecting Asia, Africa and Europe, as the centre of global economic activity moves southwards and eastwards.

Certainly, the states of the region would have to contend with long-term bugbears such as tensions with Iran, the conflict in Yemen and its consequent humanitarian catastrophe, and the need to diversify economically in the face of depleting hydrocarbon supplies and a growing youth population seeking work in the non-oil sector. Yet few would have predicted the global and regional shifts that leave the GCC states in a very different position as the first quarter of 2020 draws to a close.

Yet few would have predicted the global and regional shifts that leave the GCC states in a very different position as the first quarter of 2020 draws to a close.

The countries of the GCC face severe headwinds on multiple fronts. The global outbreak and spread of coronavirus has had severe effects on the region’s economies.

Though the World Health Organisation has praised the Gulf State’s well managed response to the disease, its economic consequences are yet to be fully accounted for. In direct terms, slowing of trade with China, which has emerged in recent years as the region’s key economic partner will prove cause for significant concern.

A slowdown in global economic activity has already had considerable effects on global oil markets, leading to a significant decline in crude prices - a situation not helped by Saudi Arabia’s decision to instigate an oil-price war with Russia over the latter’s refusal to negotiate production cuts to stabilize prices.

Though Saudi Arabia has the reserve capacity to sustain such a war, other GCC producers do not, adding to anxieties over gloomy regional economic forecasts. Alternate sectors of economic growth have also suffered the effects of changing consumer behaviour and government policy related to coronavirus.

Tourist numbers have been severely depleted as travellers fear finding themselves stranded overseas and government’s ground flights, while logistics operations have taken a hit as state’s impose severe import and export controls.

Oman, the least hydrocarbon endowed of the GCC states is attempting desperately to raise more than £1 billion in loans as it stares the prospect of becoming the Gulf’s first post-oil state squarely in the face; and Saudi Arabia fears the prospects of a far smaller than average at this year’s Hajj pilgrimage

Bahrain has banned travel to and attendance at its lucrative Grand Prix to be hosted in late March; Oman, the least hydrocarbon endowed of the GCC states is attempting desperately to raise more than £1 billion in loans as it stares the prospect of becoming the Gulf’s first post-oil state squarely in the face; and Saudi Arabia fears the prospects of a far smaller than average at this year’s Hajj pilgrimage. The International Monetary Fund, estimating the region’s wealth at $2 trillion USD in early February, argues that ‘at the current fiscal stance, the region’s financial wealth could be depleted by 2034.’ 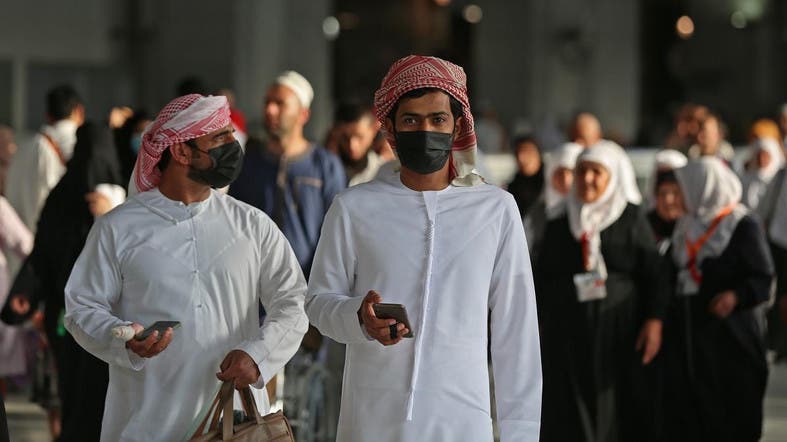 Financial woes are not the only ones facing the GCC. Security fears have heightened since America’s assassination of the head of Iran’s Quds Force, General Qassem Soleimani. Many Iranian commanders warned in the weeks after the strike that the Gulf States would bear a heavy price if they were to become a launchpad for attacks across the Persian Gulf.

Gulf officials believe that their territories wold be at the frontline in the event of any major US-Iranian confrontation. The assassination of General Suleimani proved a watershed moment in the Gulf for other reasons too.

The failure of President Trump to inform senior counterparts in the region of his intentions increased fears that America is becoming a less dependable, more erratic ally. Mr Trump has long expressed interest in extricating itself from the role of regional policeman and believes that America’s self-sufficiency in oil and gas makes it less tied than ever to the GCC states.

Joe Biden and Bernie Sanders, have positioned themselves as no friends to the House of Saud

Mr Trump’s main rivals in this year’s US Presidential election, Democratic frontrunners Joe Biden and Bernie Sanders, have positioned themselves as no friends to the House of Saud. Mr Biden claims he will stop selling arms to the Saudi government if he becomes premier and blames the Gulf Kingdom for ‘murdering children in Yemen’, whilst Mr Sanders labels the regime in Riyadh ‘murderous thugs’.

Though Princes Reema bin Bandar Al Saud, Saudi Arabia’s ambassador to the US waved away suggestions that the relationship between Washington and Riyadh was tense, and noted correctly that ‘Once a President gets to the White House, opinions change’, it appears incontrovertible that American commitment to erstwhile allies is becoming increasingly fickle.

Internally, as the Arab world witnesses a protest wave that shows little sign of abating, the 6 monarchies that make up the GCC will continue to look cautiously at events in Beirut, Baghdad and Algiers.

Though the GCC states, with the exception of Bahrain, proved relatively capable of weathering demands for democratic reform in 2011, an unusually young population exposed to government backed efforts at liberalisation and dissatisfied by employment and education prospects, may demand more than their conservative governments can deliver.

the 6 monarchies that make up the GCC will continue to look cautiously at events in Beirut, Baghdad and Algiers

Though the use of tactics of political repression ensured authoritarian stability last decade, it is only a matter of time before GCC states will have to engage in more serious reform efforts aimed at ensuring long term economic prosperity and service access for future generations.

To allay economic anxieties and deal with shared challenges, the GCC’s best strategy involves pursuing closer economic and political integration with each other. Though significant integrative steps have been taken in the past, continuing deepening of relations has proved difficult.

The passing of Sultan Qaboos of Oman, perhaps the most level-headed negotiator in the region, in January does not augur well for such a project. Nor does Saudi Arabia’s instigation of an oil price war.

Increasing unity and integration within the GCC, perhaps the most obvious cure to the region’s malaise may therefore prove evasive.

Its GCC allies, who stand to lose out significantly from a drop-in oil prices, will likely further lose faith in an increasingly erratic state. The behaviour of Saudi Crown Prince Muhammad bin Salman, regarded as a dangerous and unconciliatory partner, will dent Saudi Arabia’s reputation as a leader within the bloc.

Saudi Arabia’s stepped-up bombing campaigns in Yemen in recent weeks as well as the failure to solve the protracted GCC split which divides Qatar from its former partners will also effect its attempts to present a new image of itself as a de-escalator and peacemaker in a troubled region.

Increasing unity and integration within the GCC, perhaps the most obvious cure to the region’s malaise may therefore prove evasive.

The GCC faces an uncertain future, defined by increasing economic malaise, pressures for reform, and security threats. To overcome these hurdles, unity and deepening integration will prove essential.

Yet as its members assert their own increasingly autonomous agendas, such a goal may prove further off than ever.