On August 1, 1991, a little more than three weeks before Ukraine declared independence from the Soviet Union, US president George H.W. Bush arrived in Kyiv to discourage Ukrainians from doing it. In his notorious “Chicken Kiev” speech in the Ukrainian parliament, Bush lectured the stunned MPs that independence was a recipe for “suicidal nationalism”, “ethnic hatred” and “local despotism”.

The speech was a colossal blunder. Ukraine’s people were being asked to ignore centuries of oppression by decision-makers in Moscow — and this at a time when the Holodomor, the Soviet-engineered “terror famine” that killed millions of Ukrainians in 1932-33, remained embedded in the living memory of many. That December, Ukraine delivered its answer to Bush: a whopping 84.2 per cent of eligible voters turned out for the referendum on independence, and 92.3 per cent of them said yes. But the West’s reluctance to respect Ukraine’s desire for sovereignty was a bad omen, revealing a mindset among US and European leaders that paved the way to Russia’s full-scale invasion in February.

The path to war began in 1994, when Ukraine, at the West’s behest, surrendered to Russia the world’s third-largest nuclear arsenal. In exchange, Russia, the United Kingdom, and the United States promised to ensure Ukraine’s territorial integrity and sovereignty. But how was this assurance supposed to be realized? Unlike Poland and other ex-communist countries, Ukraine was not given a chance to join the European Union in the 1990s, and in 2008 France and Germany blocked its admission to NATO.

Then, when Russia annexed Crimea and occupied parts of the Donbas in 2014, US president Barack Obama sent blankets and other non-lethal military equipment to Ukraine. Germany responded by launching the Nord Stream 2 gas pipeline, bypassing Ukraine, even though the Ukrainian pipeline had plenty of spare capacity. 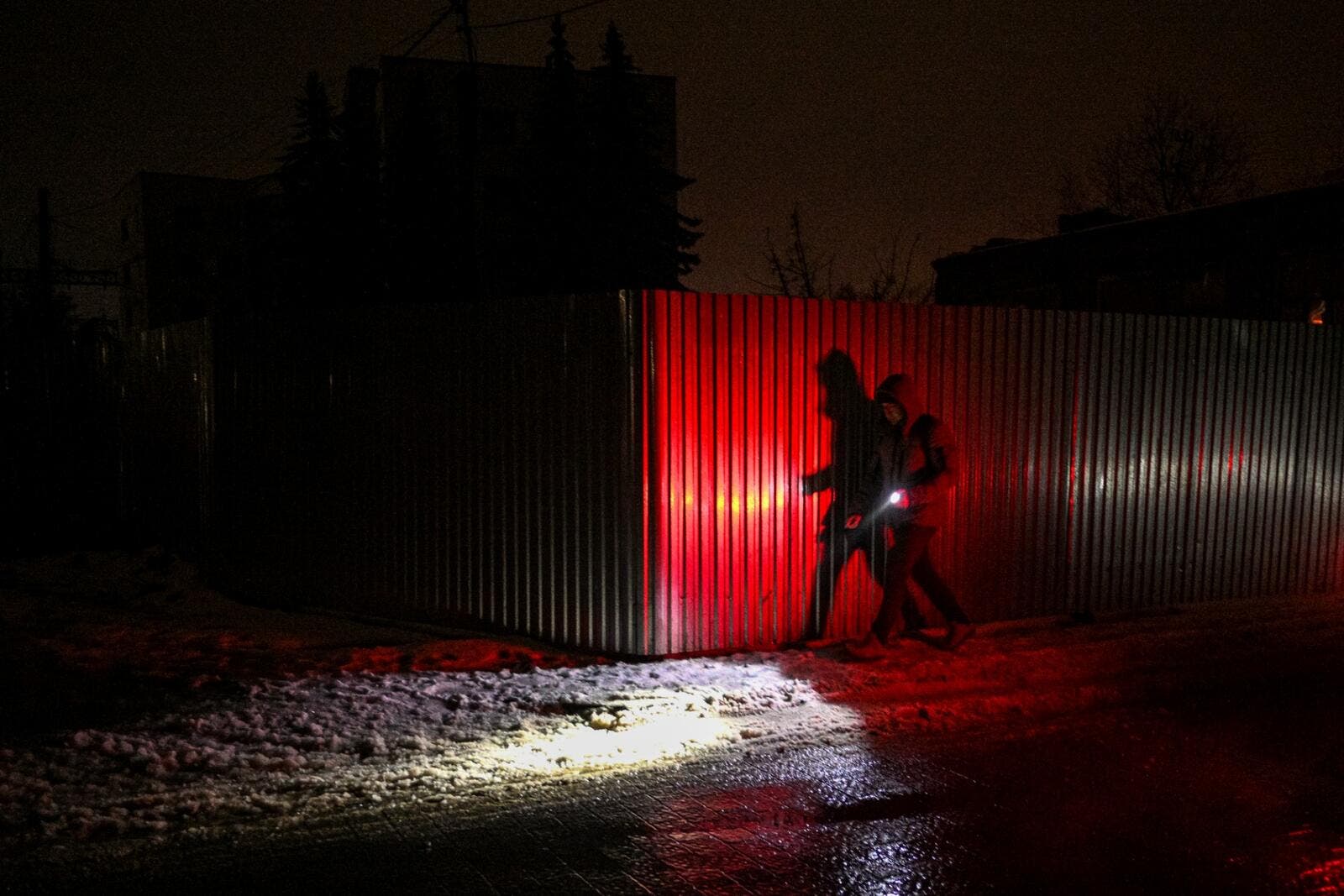 It was all another serving of “Chicken Kiev”: Russia must not be provoked, relations with the Kremlin must be protected, and the Russian state must remain stable. Time after time, Western leaders found it expedient to defer to Russia’s interests, effectively denying Ukraine’s agency as a sovereign state.

It’s a mindset that persists to this day, despite the mass graves and torture chambers left behind by Russian forces in Bucha, Irpin, and countless other towns and villages across the country. Tens of thousands of Ukrainians have been killed and millions displaced since February, but Western observers, ranging from Noam Chomsky to Henry Kissinger, blame the West for Russian President Vladimir Putin’s decision to invade, or have urged Western leaders to provide Putin a diplomatic off-ramp by compelling Ukraine to give up territory.

Policymakers, too, seem to view Ukraine’s self-defense as a bigger problem than Russia’s genocidal aggression. At the joint press conference held during Ukrainian President Volodymyr Zelensky’s recent visit to the US, the key question came last. Shouldn’t the US “give Ukraine all capabilities it needs and liberate all territories rather sooner than later?” Ukrainian journalist Olga Koshelenko asked. No, President Joe Biden replied, because providing offensive weapons could escalate the conflict, and America’s European allies are “not looking to go to war with Russia”. Ukraine could have one Patriot air-defence battery to counter Russia’s attacks on civilians and civilian infrastructure, but not the long-range missiles, Abrams tanks, and F-16 fighter jets it needs to stop the attacks at their source.

This approach is both morally wrong and strategically counterproductive. It will lead to precisely the escalation that Biden and European leaders say they want to avoid, because it fails to address the core security problem. Ukraine is not the first victim of Russia’s aggressive, nuclear-armed authoritarian regime — as Syrians, Georgians, and Moldovans can attest — and it won’t be the last, unless Russia is compelled to abandon imperialism, as were Germany and Japan following their defeat in World War II. Then, as now, territorial concessions led to more war, not less, in Europe and the world.

The main objective is thus crystal clear: Russia must lose this war and demilitarise. And yet, despite the massive material and military support the West has provided to Ukraine, the fateful logic of appeasement lingers, because many Western leaders fear the consequences of Russia’s defeat more than the prospect of a defeated Ukraine.

But anxiety about Russia’s possible fragmentation is as misplaced as the fear of the Soviet Union’s disintegration was in 1991. Nor should anyone take seriously the claim, made by Chomsky and many others, that Russia has a legitimate fear of further NATO enlargement. In fact, Putin arguably invaded because, six months after America’s humiliating withdrawal from Afghanistan, and two years after French President Emmanuel Macron called NATO “brain dead”, he thought the alliance was too weak to support Ukraine.

Likewise, if the war were about stopping NATO enlargement, the Russian military would not be executing civilians and looting homes and stores. And the Kremlin certainly would be doing more than shrugging its shoulders at the imminent prospect of Sweden and Finland (with which Russia shares a 1,340-kilometre border) joining the alliance.

This war is about the survival of Ukraine and the Ukrainian people. In the words of the Israeli leader Golda Meir, born in Kyiv, “They say we must be dead. And we say we want to be alive. Between life and death, I don’t know of a compromise.” Similarly, any “compromise” that rewards Russia’s aggression will lead to more lives lost. Ukraine’s people will keep fighting, because they know what would happen otherwise. After all, it already has happened in Bucha, Mariupol, Kharkiv, Kherson, and countless other towns and cities.

Ukraine’s voice must be heard. Providing the military and economic resources it needs to win is the best investment in global security the world can make. After Ukraine’s victory, power-hungry dictators worldwide will think twice before following Russia’s lead — an outcome that Taiwanese, for example, will surely welcome.

In 1941, when the UK was fighting the Nazis alone, Winston Churchill asked the US to “give us the tools, and we will finish the job”. Ukrainian general Valery Zaluzhny makes the same plea: “I know that I can beat this enemy. But I need resources.” He should have them. Let Ukrainians finish the job.