Published May 14th, 2020 - 07:55 GMT
Ankara. Twitter image
Highlights
The joint declaration of a Teleconference meeting on May 11, 2020, is available on the website of the Greek Ministry of Foreign Affairs and deals with the "latest worrying developments in the Eastern Mediterranean

The foreign ministers of Cyprus, Greece, Egypt and France ("3+1" formula), as well as the UAE, condemned Turkey's policy in the Eastern Mediterranean in a joint statement on Monday. Turkey is foaming and speaks of an "axis of malice."

The joint declaration of a Teleconference meeting on May 11, 2020, is available on the website of the Greek Ministry of Foreign Affairs and deals with the "latest worrying developments in the Eastern Mediterranean, as well as a number of regional crises that threaten peace and stability in this region." In essence, the five foreign ministers denounce "the ongoing Turkish illegal activities in the Cypriot Exclusive Economic Zone and its territorial waters" referring to Turkish drilling operations in the Cypriot maritime zone, which in the ministers' eyes is a clear violation of international law. 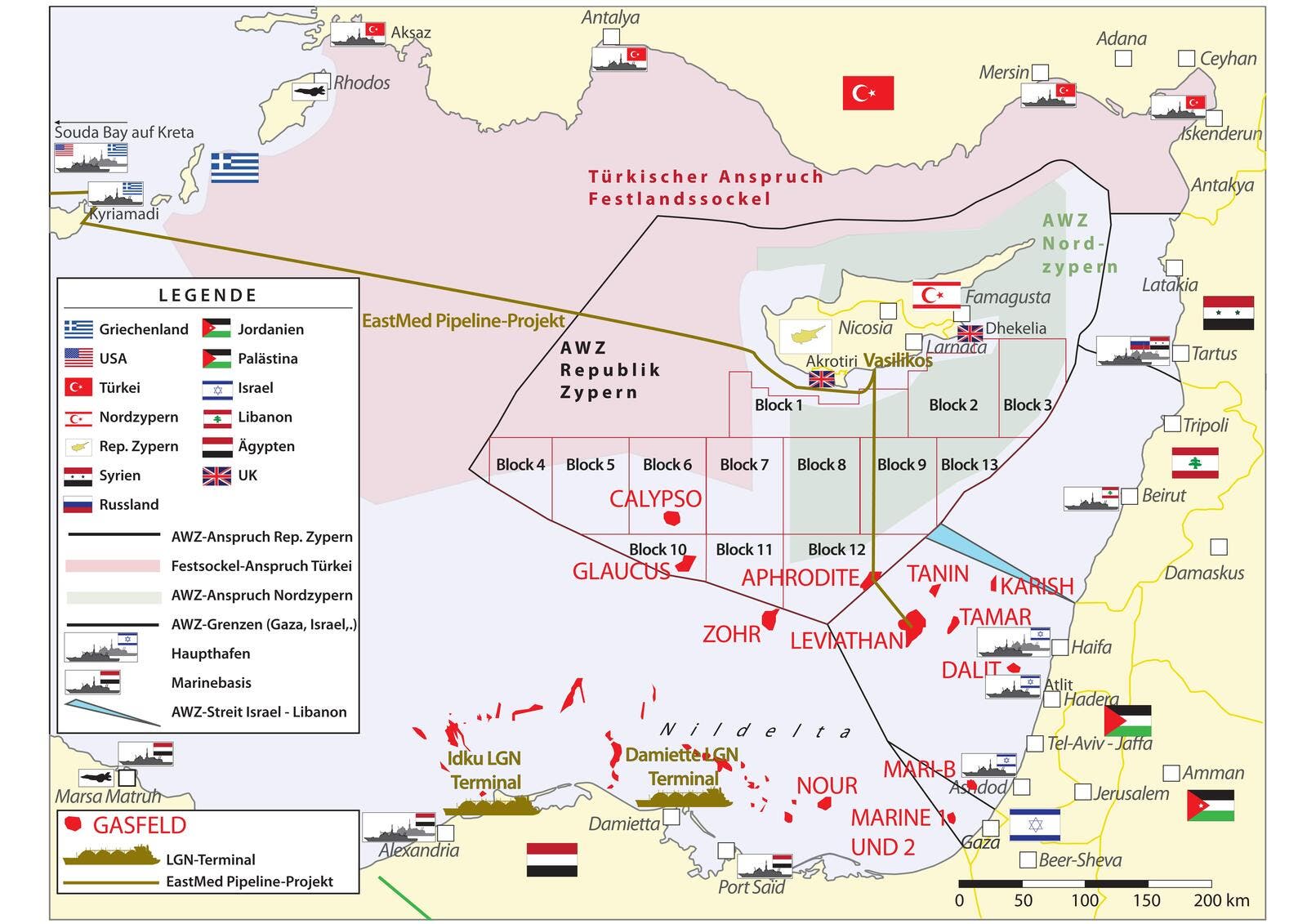 Other points of criticism include over flights of Greek "inhabited areas and territorial waters in violation of International Law" and the instrumentalization of civilians by Turkey in an attempt to illegally cross Greek land borders as well as its continued support for illegal crossings of Greek sea boundaries."

In addition, the ministers declared the Turkish-Libyan Memorandum of Understanding on the Delimitation of the Maritime Jurisdiction Areas in the Mediterranean, signed in November 2019 to be null and void, as they "infringe upon the sovereign rights of third States, does not comply with the Law of the Sea and cannot produce any legal consequences for third States."

The ministers also criticize the Turkish-Libyan Memorandum of Understanding on military cooperation, which is in their eyes "in contravention of international law and the UN arms embargo in Libya."

The foreign ministers urged Turkey "to fully respect the sovereignty and the sovereign rights of all States in their maritime zones in the Eastern Mediterranean" and called on Libya for a political solution under the auspices of the United Nations and a ceasefire during Ramadan.

Meanwhile, Turkish Foreign Ministry spokesman Hami Aksoy cites the joint statement as an example "of the hypocrisy of a group of countries who are seeking regional chaos and instability" and that "peace and stability in our region can only be achieved through genuine and realistic dialogue and cooperation rather than attempting to create axis of malice," according to the Hurriyet Daily News yesterday.