Published January 11th, 2022 - 07:35 GMT
A general view of the Blue Nile river as it passes through the Grand Ethiopian Renaissance Dam (GERD), near Guba in Ethiopia, on December 26, 2019. The Grand Ethiopian Renaissance Dam, a 145-metre-high, 1.8-kilometre-long concrete colossus is set to become the largest hydropower plant in Africa. Across Ethiopia, poor farmers and rich businessmen alike eagerly await the more than 6,000 megawatts of electricity officials say it will ultimately provide. Yet as thousands of workers toil day and night to finish the project, Ethiopian negotiators remain locked in talks over how the dam will affect downstream neighbours, principally Egypt. / AFP / EDUARDO SOTERAS 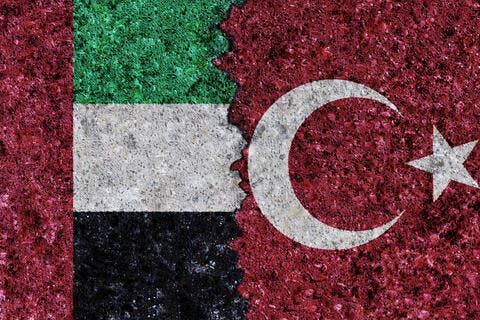 The history of the water program and control of Nile branches goes back to decades ago. But over the past decade, Ethiopia has made great strides in this area. The Grand Ethiopian Renaissance Dam (GERD) , to be completed in 2022, will be one of Africa's largest hydropower plants.

The dam is part of an Ethiopian hydroelectric project built to generate hydroelectric power in Ethiopia. Addis Ababa believes that by building this great dam, apart from the ability to control the sources of the Nile, political achievements can also be of great economic benefit.

With a capacity of 74 billion cubic meters, GERD has injected significant investments that have revived the Ethiopian economy and increased the government's incentive to complete Ethiopia's water program.

Energy poverty in Ethiopia is significant. The country wants a fair share of the Nile. The government has set an ambitious goal to be a power hub for East Africa's neighbors and plans to increase its hydroelectric capacity to 13.5 GW by 2040. Therefore, with the plan to build more than 100 dams in different parts of the country, it wants to have a prominent position in the regional export of electricity and renewable energy. Ethiopia plans to become the largest electricity producer in Africa with a total cost of $ 14 billion, up to 11,000 MW.

Ethiopians are committed to advancing the blueprint and completing the GERD through international and regional recruitment and attracting international investors. In this regard, the Egyptians have not retreated in the face of all pressures and want to start another phase of filling the dam reservoir.

Implications of the Ethiopia’s water program on Egypt

The Nile River crosses ten African countries and flows into the Mediterranean. 95% of the Egyptian population lives along this river, and 97% of their drinking and agricultural water comes from the Nile. But the main branch of the Nile originates from Ethiopia and 85% of the Nile water is supplied from Ethiopia. Ethiopia can affect Egypt's national security by pursuing dam projects, especially GERD. Therefore, Egypt considers the preservation of the Nile River as a strategic priority.

In fact, the strategic, geopolitical, economic and vital importance of the Nile has increased the importance of the river for the national security of Egypt, for reasons such as the increasing need for water for the economic development of agriculture, industry and, most importantly, the supply of drinking water to Egypt. Increasing water demand, changing diets, increasing industrial demand, tourism and urbanization of Egypt will cause the country to face a significant increase in virtual water imports in 2030. Under these circumstances, the consequences of the Ethiopian water program practically affect the political life of Egypt.

For various reasons, the importance of the Nile for the national security of this country has increased. Food security and energy security of the banks of the Nile depend to a large extent on the waters of the river. Reliable and affordable electricity is crucial to meet Egypt's growing national economic needs, and lack of access to electricity can be a socially destabilizing factor.

Therefore, the water program on the Nile branches affects Egypt directly. Problems such as water shortages, overflow or breakage of the dam, a 20 to 30 percent reduction in the share of Egypt's Nile waters, and a reduction in electricity production of about 30 percent of the Aswan Dam are also possible.

The scenario of rapid filling of the GERD could lead to a loss of total agricultural GDP, rising unemployment and even severe social and economic instability. In fact, the Egyptians see Ethiopia as a thief who wants to dry up their country. In the other dimension, although the same assessment of environmental impacts has not been made, the major water leakage from the dam reservoir can be up to about 25%. In the seven-year GERD filling scenario, Egypt will face a significant shortage of water along with a 20 to 30 percent reduction in AHD power generation.

Egypt and the future of the Ethiopia’s water program

In fact, Ethiopia alone will not be able to establish its position as a naval power against Egypt unless it has the support of regional and international actors. Many in Egypt believe that Israel is also heavily involved in Ethiopia's water program. On the other hand, it seems that Addis Ababa, by attracting international and regional investors in the construction of this dam, has somehow secured itself against the threats of Egypt and won their votes.

Cairo has taken into the consideration various approaches from military to diplomatic, in the face of the construction of GERD and its threat to Egypt's national security. The Egyptians have tried to exert the necessary political pressure to dissuade Ethiopia from its water program. In addition, by increasing its diplomatic prestige, Cairo seeks both to buy Sudan's support  approach and by giving Ethiopia minimal concessions, to emphasize the validity of past treaties or even pursuing them in international and UN tribunals. .

Egypt insists that the international agreements signed in 1929 and 1959 demand the right to 55.5 billion cubic meters of Nile water per year and the right of veto. Egypt's main goal in negotiations with Ethiopia is to sign a "legally binding agreement" to preserve its share of the Nile River.

In fact, in recent years, the Nile River has turned to an international issue. Therefore, the role of the United Nations Security Council, the African Union, the European Union, the Middle East, and global economic powers such as China etc. can be seen in the matter..

The mediators are pursuing an effort to reach a cross-border water agreement to which 430 million people depend on. But the talks have not progressed widely or have stalled many times in almost a decade. Another danger is that Ethiopia, directly and indirectly, will encourage other countries in the Nile Basin to build more dams in the future.

Meanwhile, many actors from the West to the East are collaborating on Ethiopia's water program. There is also a power struggle between China and the United States and the risk of biased mediation in favor of one actor is raised. Egyptians therefore view Ethiopia’s actions as an attempt to turn the border river into a tool of political control, and feel that their national security has been targeted by regional and international intervention in helping Ethiopia in building the dam.

The connection between water, food and energy is obvious. Water security is achieved when there is enough water for all residents. But the total volume of water at the GERD Dam has reached about 8.5 billion cubic meters, and the rapid filling of the giant dam could reduce Egypt's water resources by more than a third, or from 12 to 25 percent.

Egypt is now focusing more on draining and its future water quota. Meanwhile, the future management of the Nile water in Egypt depends on the optimal management of domestic demand and foreign cooperation with neighbors. On the other hand, the escalation of tensions between Egypt (with a Muslim majority with a Christian minority) and Ethiopia (with a Christian majority with a Muslim minority) could lead to an increase in Ethiopian nationalism against Egypt. 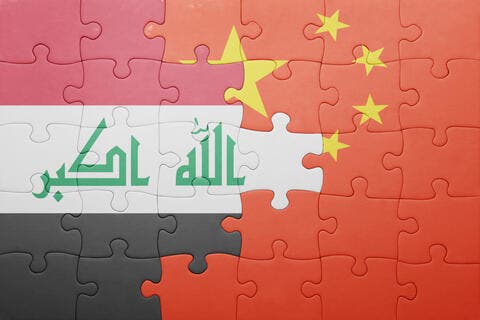 Apart from the Sudan's previous confrontations with Ethiopian ‘forces and militias’, Ethiopia fears that Egypt will support the forces of The Tigray Region. However, Egypt's use of military leverage against Ethiopia may lead to international sanctions against Cairo. Therefore, a realistic deal to divide the Nile waters without the "surrender" of the parties can benefit everyone.

Undoubtedly, the end of Ethiopia's water programs could put the country in a superior water position, so more studies need to be done on the short-term and long-term impact of water programs, the risk of earthquakes or floods in the region, and the safety status of the dam. It then accelerated the win-win negotiation process. This can, to some extent, serve the interests of all actors involved in the Nile.