German Frigate "Hamburg" on the Way to the Coast off Libya

Published August 5th, 2020 - 06:33 GMT
The frigate "Hamburg" leaves its home port of Wilhelmshaven for the deployment of Operation IRINI. In this picture the departure is monitored by the commander, frigate captain Jan Fitschen and three of his officers from the Nock. ©Bundeswehr/Leon Rodewald
Highlights
The 143-metre-long "HAMBURG" is a Saxony-class vessel designed as a multi-purpose vessel for escort and sea surveillance.

On Tuesday, 10.00 CEST, the German frigate "HAMBURG" (F 220) left its naval base Heppenser Groden in the northern German port of Wilhelmshaven to participate in a 136-day sea mission in the Mediterranean. The vessel of the 2. Fregattengeschwader der Einsatzflottille 2 will join the EU naval mission IRINI to contribute to the assertion of the UN arms embargo off Libya. 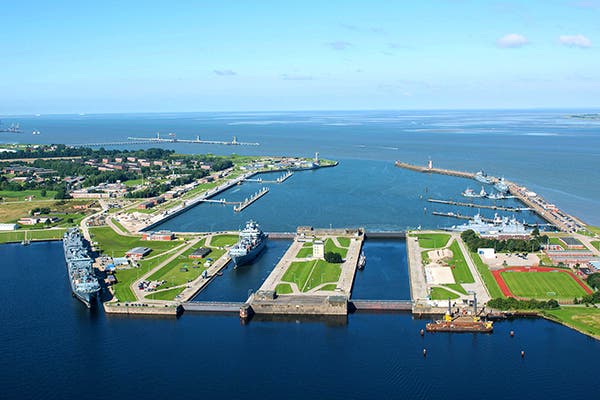 This will include searching for cargo ships which might smuggle arms to Libya. In addition, the "HAMBURG" will monitor the possible illegal export of
oil and fuels, support the capacity building of the Libyan coast guard and navy, and ultimately collect information on human smuggling.

The 143-metre-long "HAMBURG" is a Saxony-class vessel designed as a multi-purpose vessel for escort and sea surveillance. With its "SMART-L radar, a single unit of the Sachsen Class can, for example, monitor the airspace over the entire North Sea (range more than 400 km)" a press release from the German Navy
describes the ship's strength. This enables the frigate "Hamburg" to detect more than 1,000 targets simultaneously and respond with its SM2 antiaircraft missiles from the Sachsen-Class VLS Mk41 vertical take-off system. 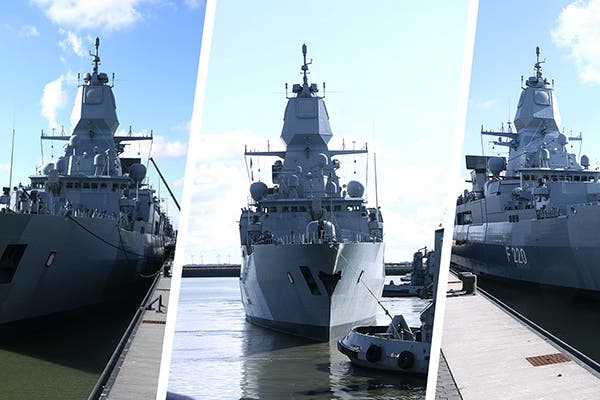 Built at Kiel-based Howaldtswerke-Deutsche Werft GmbH (HDW), the "HAMBURG" is designed for modern warfare and, with its command and weapon deployment system (FüWES), can process all radar data, other
sensors and information from allied ships. "With these capabilities, the Class 124 frigates have already been integrated into aircraft carrier combat groups of the United States Navy several times in the North Atlantic," the German Navy noted in a press release.

There are also two Sea Lynx helicopters on board. These serve to further clarify contacts on the radar, as Obermaat Leon Rodewald explained. However, the German warship is in a complicated situation. Only on June 10th the Turkish frigate "TCG
GÖKAVA" (F 496) had taken the French stealth frigate "LE COURBET" (F 712) into its target radar when the French wanted to search a Turkish freighter for illegal weapons. 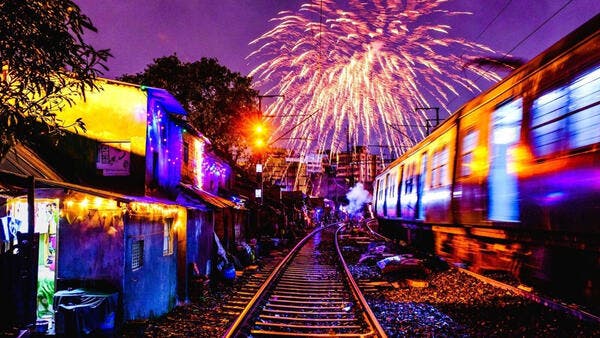 The Turkish Foreign Minister Mevlüt Çavuşoğlu criticizes the IRINI mission of the European Union as "absolutely one-sided." "It is helping Haftar and punishing the Libyan government" for ignoring arms supplies from Egypt, France and Russia, as he remarked at a recent press conference with Spanish Foreign Minister Arancha González Laya in Ankara.

Since the beginning of June, the German Navy has also been operating with a sea reconnaissance plane off Libya. The P-3C Orion is conducting three-hour surveillance flights in the Mediterranean from its airbase in Nordholz in Lower Saxony.

This article was republished with the permission of  Tebel Report