The western sphere of control of General Haftar's LNA has collapsed like a house of cards. On Wednesday, Turkish-backed government forces seized the international airport south of Tripoli after days of fighting.

After that it has went quickly: Already on Thursday, the Libyan Army spokesman Muhammad Kununu announced that two Haftar loyal cities, Ain Zara and Wadi Al-Rabi, had been captured. On Friday, the LNA withdrew from the key position of Tarhuna, followed on Saturday by the city of Urban east of Gharyan and Bani Walid with its airport. Now the Libyan army stands on the outskirts of Sirte. 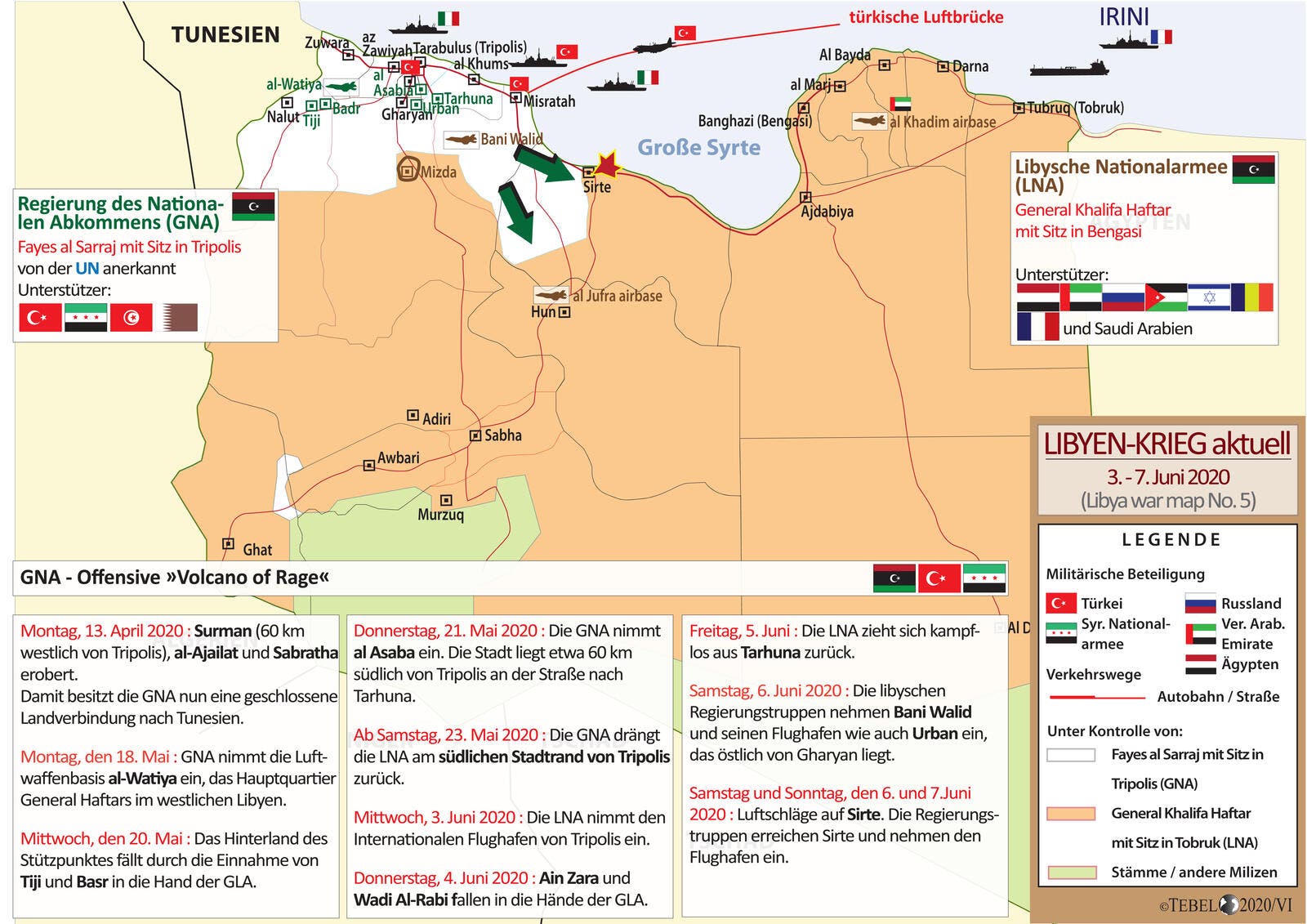 With these successes behind him, it is doubtful whether the Turkish-backed President Fayez Al-Sarraj will accept the "Cairo Declaration," which calls for a ceasefire starting on Monday.

Recent comments and a press conference following the meeting of the Libyan and Turkish presidents in Ankara rather suggest that Fayez Al-Sarraj does not want to join direct peace talks with Haftar and will not enter into a ceasefire until the west of the country is entirely under his control.