Is India Really 'Neutral' to The Ukraine Crisis?

Following Russia's invasion of Ukraine, India's reactions were special. In the diplomatic field, efforts to consult and communicate with the authorities of Russia and Ukraine to maintain the security of its nationals inside Ukraine, to emphasize the immediate cessation of violence and the end of hostilities, diplomacy, honest and sincere dialogue, deep concern over the loss of life and money, and refraining from direct criticism of Russia, were parts of India's impartial approach to the crisis. Also, in the Security Council and General Assembly of the United Nations, India refused to vote for the resolutions condemning Russia for its military aggression.

In this regard, during the crisis period till now, Indian officials and leaders have emphasized approaches such as respecting the sovereignty and territorial integrity of countries, immediate cessation of violence, the importance of international laws and the United Nations Charter, and condemning the killing of civilians in the city of Bucha. Also, repatriating more than 22,000 Indians in Ukraine, preserving cultural heritage, and participating in humanitarian aid in affected areas have been other parts of India's national, peaceful and humanitarian approach.

In fact, after China, India is the second Asian power in international politics. Therefore, in the past, Moscow and Kyiv, together with their allies, have tried to get India's attention and support. This has happened in the meetings of various high-ranking officials of Japan and Britain, China, Russia, Mexico, Austria, America, Germany, European Union, etc. with Indian officials. 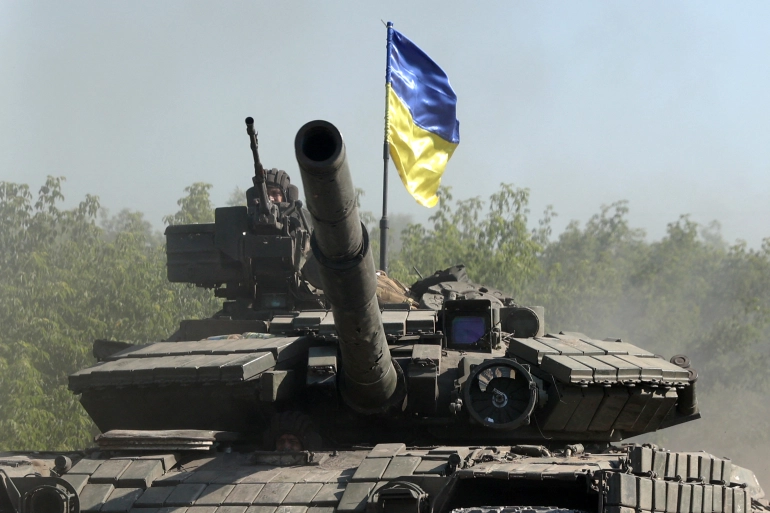 In fact, despite the many criticisms of India's approach by the media and foreign officials, such as US President Joe Biden's criticism of India's 'somewhat shaky' position and Kyiv's complaints, New Delhi continues to move on the orbit of its national interests, in the face of the biggest diplomatic challenge since the Cold War.

Between 2016 and 2020, India had 23% of arms imports from Russia. From New Delhi's point of view, Russia is still an important source, much more desirable, cheaper, high-quality source, along with technology transfer and cooperation in production and export to India. On the other hand, New Delhi has cooperated with Ukraine in the field of space research and naval warships.

Even if the West does not reduce India's dependence on Russian weapons through the Foreign military financing arms sales package, New Delhi still considers diversification of its sources. New Delhi is also concerned about the transfer of Moscow's advanced military technologies to Pakistan and even China. This has had an important impact on the stance and approach of New Delhi in the Ukraine crisis.

In 2021, bilateral trade between Ukraine and India amounted to $3.45 billion. Also, bilateral trade with Russia has reached 8 billion dollars. Both Russia and Ukraine, comprise a very small volume of India's total trade. Russia and Ukraine are among the world's largest producers of wheat, oilseeds, and other agricultural commodities. India also imports a large amount of crude oil. But now with the increase in fuel and food prices, India is under pressure to control inflation inside the country. In this situation, New Delhi's position has caused India to buy Russian oil at discounted prices.

In addition, with Moscow's positive light on exports to India and the Rupee-Ruble mechanism for trade, New Delhi can strengthen the Indian Rupee, reduce India's trade deficit, increase business opportunities in Russia for Indian companies and the existing Russian market, and reduce imports' costs, and even reducing the inflation rate. In fact, India is not aligned with Western economic sanctions against Russia. Despite Russia's small share of global exports and foreign direct investment in India, New Delhi has significantly increased its imports from Russia in recent months.

India's view of long-term interests has caused its bilateral trade with China to grow by 44% in 2021 despite border disputes. From this point of view, the widespread escalation of the Ukraine crisis and inflation will even have negative consequences on the prospect of the re-election of the ruling BJP government.

Therefore, preserving economic opportunities and reducing economic threats regarding the Ukraine crisis are considered by India. New Delhi does not want full cooperation with Russia or Ukraine to bring negative economic consequences to the Indian economy.

Therefore, considering the importance of India's merchandise trade with the United States (113 billion US dollars) and the West, it does not avoid the potential of joint economic cooperation such as the construction of nuclear power plants, etc., with Russia.

Non-alignment was previously used as a foreign policy strategy in the context of the Cold War. This caused the Soviet Union to use its veto several times in favor of India. Similarly, India also refused to issue condemnatory statements against the former Soviet Union's attack on Hungary, Czechoslovakia, and Afghanistan.

One of the important goals of India is to promote the position of this country in the international arena as a great power. Accepting responsibility on the international scene and following the multipolar order can even be an opportunity to get a permanent seat in the Security Council.

Although most members of the Quad (A group consisting of the United States, Japan, Australia, and India), have a supportive view of Kiev, New Delhi has a different stance on the Ukraine crisis. But, New Delhi almost does not see a broad connection between the crisis in Ukraine and the concerns caused by China and the Indian and Pacific Oceans. In another dimension, the previous silence of most European countries regarding the defense of New Delhi in the border clash between China and India increases India's motivations to see the European crisis as a "European problem".  Therefore, the continuation of New Delhi's decision to keep its policy of neutrality is the best choice among the European options.

Symposium on 'The Ukraine Crisis: Challenges to India’s Foreign Policy'.
Join us for a discussion on the challenges posed by the ongoing Russia-Ukraine war, especially from the Indian perspective.

It seems that the widespread pressure on Russia will weaken Moscow and even make it dependent on Beijing. This is while can weaken New Delhi's multipolarity. Widespread improvement in Sino-Russian relations poses greater risks for New Delhi. In this area, Russia's neutrality is vital in India's dealings with China. Therefore, India does not take an anti-Russian approach in the Ukraine crisis.

Also, New Delhi does not want a wide change in the regional balance, the risk of possible coordination of the Moscow-Beijing-Islamabad axis, and the divergence of New Delhi-Tehran (Moscow alliance) against India's interests. For example, India does not want its policy in the Ukraine crisis and Western sanctions to have a negative effect on the North-South international transport corridor (including India, Iran, and Russia) or to hinder India's beneficial connection with Central Asia.

With two exceptions (The Maldives and Sri Lanka), India has not directly participated in a military conflict with another country. New Delhi cannot fully rely on the support of Washington's approach and put all its eggs in the basket of the United States. The United States threatened India's interests by withdrawing from Afghanistan last year. Even now, India has no inherent commitment to the liberal international order.

Dear Dr Mashelkar @rameshmashelkar We are looking forward to your Welcome Address and the views of the eminent speakers at this important symposium on Ukraine and Indian foreign policy. 🙂🙏👍 https://t.co/qAAE9DfDWC

Therefore, in order to maintain strategic autonomy, India refuses to side with the West in Ukraine. This approach is while that India cannot give the right to intervene to any country on its options. Although many Indian political parties have condemned the war against Ukraine, it seems that some kind of important support for New Delhi's foreign policy has been formed in the Ukraine crisis. This approach helps continue the government's strategy in the Ukraine crisis.

What is clear is that the Ukraine crisis can bring new opportunities for India-China relations, prioritizing India's national interests based on "strategic independence" and even pave the way to obtain a permanent seat in the UN Security Council.

It should also be noted that although European and US criticisms of India are widespread, several other important powers have taken a similar position to India in the Ukraine crisis. However, India is in an almost good position to mediate between Russia and Ukraine, despite not being able to give any guarantee to either side.

In addition, it should be noted that a full-scale war between Ukraine and Russia is the worst scenario for India. Because the scope of New Delhi's choices will become more difficult and its security-military, economic and geopolitical consequences on its interests will be much wider than the current state of the crisis.