Published November 1st, 2021 - 08:26 GMT
Ankara Castle-Shutterstock
Highlights
The issue of religious and ethnic groups in Turkey, under special circumstances, is of great importance and has a significant impact on other social, political, security, military and economic tensions. 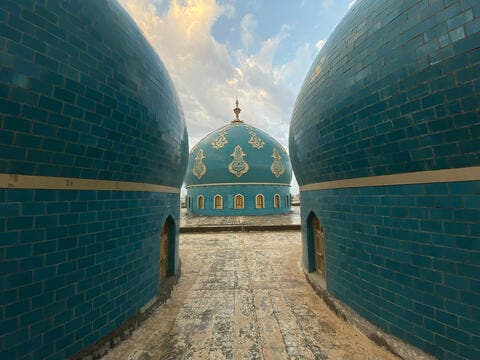 Being located between the two continents of Asia and Europe, Turkey has always been the scene of the presence of various ethnic groups. The Republic of Turkey was founded in 1923 on the ruins of the multinational, multi-religious and multi-lingual heritage of the Ottoman Empire. Ethnic and religious groups in Turkey have been influenced by various civilizations of ancient Anatolia, Greeks, Iranians, Byzantine Empire, etc. The Turks migrated to this region and began the process of becoming turk.

The structure set up by Ataturk in Turkey (in 1923) is based on the nation-state building by combining two elements, one Turkish and the other Sunni Islam. Therefore, ethnic, and religious, diversity, and non-Turkish elements (Kurds, etc.) and non-Sunni elements (Alevis, etc.) were ignored.

Disquisition of religion and ethnicity of people in censuses were banned. Therefore, it is not possible to provide accurate figures on ethnic and religious minorities, and more statistics are based on estimates and speculations. Of Turkey's population of 85 million, about 70-75 percent are Turks and 15-25 percent are Kurds. Religiously, 99% are Muslims and about 10-30% of the Alevis minority live among the Sunni majority of Turkey.

The issue of religious and ethnic groups in Turkey, under special circumstances, is of great importance and has a significant impact on other social, political, security, military and economic tensions.

The Kemalist definition of being Turk is someone who has a Turkish culture and speaks Turkish and is probably a Muslim. In fact, from the Turkish point of view, Turkey belongs to the Turks and other ethnic groups are accepted as citizens on the condition of obedience. Sunni Turks, as the main and dominant linguistic-ethnic and religious elements in Turkey, mainly vote for the three national parties, namely the ruling Justice and Development Party (AKP). Conservatives in central Anatolia make up the majority of the party's voters.

The Alevis of Turkey have roots in the history of this country, but the number of Alevis is debatable. According to some statistics, the members of this main and important minority in Turkey are about 15 million or 25 million. The Alevis of Turkey are mainly divided into three ethnic groups: Turks, Kurds and Arabs.

Alevis populations are scattered throughout Turkey. Most of them are Turkish speakers. The only predominantly Kurdish province with an Alevis majority in Turkey is Tunceli. Parts of the Alevis are also Azeri, Tatar, Zaza.

The Alevis can be considered a branch of the Shiites, but they are distinct from the Iranian Shiites.   They are also not Sunni and are sensitive to the fact that their identity is getting dissolved in large Sunni identities of Turkey. Turkish political institutions do not accept Alevism as a faith.  Most Alevi youngsters believe they are ignored by the authorities.

Kurds are the largest ethnic and linguistic minority in Turkey. Kurds speak Kurdish, which is divided into Kermanji, Zaza and other dialects. Today, most estimates suggest that Kurds make up between 15 and 20 percent of Turkey's population. The majority of them are Sunni Muslims, and Alevis Kurds face identity problems.

The Kurds have historically been concentrated in the eastern and southeastern regions of the country. But since the late 1950s, Kurdish migration has been voluntary and due to economic motivation at first, and since 1984, following the clashes between the Turkish army and the Kurdistan Workers' Party (PKK) and even forced deportations, Kurds have settled in cities in western, central and southern Turkey, and many fled to Europe.  So, there are more than 3 million Kurds in Istanbul alone and Kurdish Yazidis migrated mainly to Europe.

It is estimated that about 10 million people of Balkan descent live mainly in the western regions of Turkey. Balkan migrants mostly live in western Turkey.

They are Turkish immigrants or indigenous peoples from Bulgaria, Greece, Macedonia, Bosnia, Albania and other parts of the Balkans who have immigrated to Turkey in the last two centuries due to their conversion to Islam and the exchange of population with their neighbors. This group has fewer adherences to Islamic rules (such as Sunni Turks).

Some are nationalist; some place more emphasis on Western values, and call for a modern Turkey on par with Europe. Among the Balkan descendants, there are some ethnic tendencies to the ancestral land of the Balkans. Balkan descendants mainly vote for the People's Republican Party. The People's Republican Party has a positive view of Western values, secularism and EU membership. The majority of the party's votes come from the west, south and Thrace coastal regions.

About 99% of the country's population are Muslims. One of Turkey's smaller religious minorities is the Jafari Shiites. Most of Turkey's Shiite ethnic groups are Azeris, and their main settlements are in the provinces of Kars and Igdir, bordering Iran, the Nakhchivan Autonomous Republic, and the Republic of Armenia.

Estimates of the number of Arabs in Turkey before the 2011 Syrian civil war ranged from one to more than two million. They are mainly concentrated in Hatay and across the Turkish border with Syria.Most Arabs are followers of Alevis and Sunni Islam. With the massive influx of Arab refugees into Turkey, mainly from Syrian refugees, the Arabs have become the third ethnic group.

Caucasians are made up of different peoples of the Caucasus, including Abkhazians, Chechens, Circassians, Dagestanis, Ossetians and various Turkish groups. They immigrated to Turkey from Russia in the mid-nineteenth century. Turkey even welcomed fugitive refugees from the Chechen war.

Gypsies also live throughout Turkey. Most of them are native speakers of Turkish. The majority are Muslims and a small number are Orthodox and even Protestants. Armenians are one of the ancient peoples of Anatolia. Their number was about 2 million during the Ottoman Empire. Today, a little over 60,000 people live in Istanbul and so on.

In addition, most Assyrians are based in Istanbul and the southeast of the country. The history of the Jews in Turkey dates back to the Roman Empire. The majority are Sephardic and the minority are Ashkenazi. 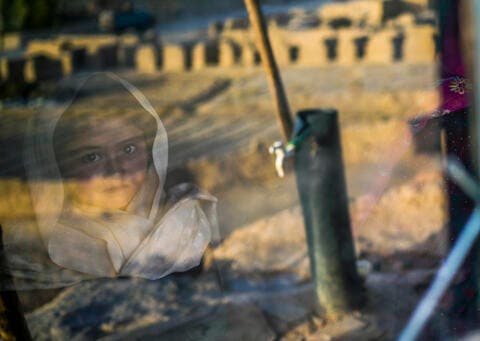 Few in Turkey believe in ethnic purity, but Turkey has a long history of attacking minority groups during the internal and external political tensions. Tensions between the Sunni and leftwing Alevis, the desecration of Yazidi graves, the bombing of the Istanbul Synagogue, the attack on the funeral of an Alevis musician, insults such as Armenian and Roman lobbies, etc. by extremist nationalists and Muslim extremists have happened.

The rights of minorities are protected by the Lausanne Peace Treaty (Lausanne Antlaşması) and the Constitution. But the emergence of the Turkish-Greek conflict over Cyprus or the military conflict between the PKK and the army has played a role in the internal displacement of ethnic groups and at home and abroad. Meanwhile, many Sunnis think that the Alevis are not real Muslims, and that the separation of Turks and Kurds remains a constant challenge for Turkey's future.

Meanwhile, identity groups such as the Kurds, which have troubled relations with the government, are more likely to define democracy in terms of rights and freedoms. In fact, if diversity is considered a threat to society, the level of tension between groups will increase. In contrast, reforms and programs such as negotiations between the government and the Kurds can strengthen relations between ethnic and religious groups.