Nation-building is a Dirty Word. Why?

Suddenly, “nation-building” has become a dirty word, particularly in the United States. The trauma of America’s defeat in Afghanistan has triggered a panicked retreat from a concept that was long central to US security thinking. After the September 11, 2001, attacks on the US, it was widely understood that the invasion of Afghanistan was necessary to deny Al Qaeda its base there. 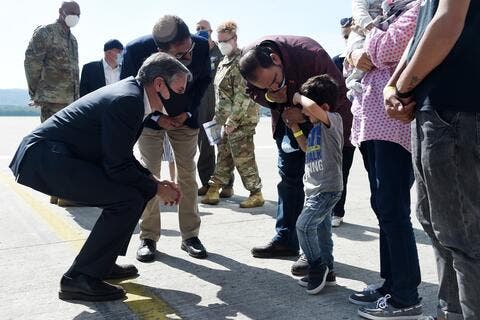 And by the same token, the attacks also launched a wider effort to rid the world of ungoverned territories that could become platforms for international terrorism.

From a European perspective, nation-building was never the proper term. Since nations take many different forms, the real task is one of state-building to ensure that territories are governed in a reasonably effective manner. That was certainly the case in Afghanistan after the US toppled the Taliban’s governance structure (such as it was). Preventing Al Qaeda or other extremist groups from returning depended on putting new governance structures in place. It was widely recognised from the start that there was no daylight between anti-terrorist operations and state-building.

For better or worse, helping with state-building – which ranges from security to health care, sanitation, and education – must remain part of our collective effort to maintain global stability, argues @carlbildt. https://t.co/dfOaLvFlkk

In his memoir, former US president George W. Bush wrote eloquently about the strategic interest that the US had in “helping the Afghan people build a free society” in order to deny future extremists a base, and also to provide “a hopeful alternative to the vision of the extremists”. The problem with the US-led mission in Afghanistan wasn’t its goal or ambition, but rather its haphazard implementation and the lack of strategic patience for carrying it out.

US President Joe Biden, for his part, has decried America’s “forever wars” in defending his decision to withdraw all US forces from Afghanistan. But the truth is that two decades is not a very long time when it comes to creating legitimate and credible state institutions. The issue, as an important US report assessing the mission in Afghanistan notes, “could be described as 20 one-year reconstruction efforts, rather than one 20-year effort.” In the end, the political will to sustain the effort had dried up, and the country was effectively handed back to the Taliban.

There are many lessons to be learned from the Afghanistan debacle, and the debate will surely rage for years. But it should already be clear that abandoning all efforts to foster more stable governance and state structures in fragile and conflict-ridden parts of the world is a strategic mistake of the first order. If ungoverned areas are simply ignored, the problems they generate will inevitably spread far beyond their borders, as we have seen time and again. The risk ultimately will be borne by everyone.

The West’s bruising experience in #Afghanistan has soured attitudes toward international missions to help fragile countries establish effective governance institutions. But to abandon such efforts completely would be immoral & dangerous, writes @carlbildt. https://t.co/gh7ZGh57Fb

This is not to suggest that Afghanistan-style operations should be mounted continuously, far from it. But nor should we swing to the opposite extreme of complete disengagement. To succeed, state-building operations must be long-term in their outlook, with a broad base of resources to draw upon, and be subject primarily to political rather than military leadership. With NATO evidently retreating from any ambitions it previously had in this regard, now might be a good time to reconsider the capabilities that the United Nations has in carrying out the same basic function. A major 2005 study by the RAND Corporation examined the historical record, concluding that UN-led state-building operations had a better track record than US-led operations.

To be sure, UN-led missions also face major challenges. The Democratic Republic of the Congo has received a succession of UN missions ever since its first day of independence. South Sudan will likely require a strong UN presence for a long time to come. Somalia remains a work in progress, at best. And in Mali and throughout the fragile Sahel region, UN and other missions face deteriorating security conditions.

As a scholar of political science you should include economical factors in your assessments. The exceptionally low global inflation is thanks to 🇨🇳. Putting press on 🇨🇳 would result in higher inflation (look at 🇺🇸 with its 5.4%). 🇩🇪 wouldn't have any reason to take the same path.

But absent international efforts, these areas would be far worse off than they are now. The consequences of their chaos and despair for regional and global security would have been dire. Terrorism is only one of the problems that can follow from failed states and ungoverned regions. In the vacuum where basic governance institutions should be, cyber-crime, wildlife smuggling, illegal mining, arms dealing, and other malign activities tend to thrive. And with the COVID-19 pandemic still raging, we should remember that such areas can also become the sites of new or runaway contagious diseases.

Maybe one shouldn’t call it State-building, but more modestly public-governance-support or something like that.

For better or worse, helping with state-building, which ranges from security to healthcare, sanitation, and education, must remain part of our collective effort to maintain global stability. Many people around the world are understandably bruised by the bitter experience in Afghanistan. But to give up any ambition of helping fragile areas build functioning states would be both immoral and dangerous. 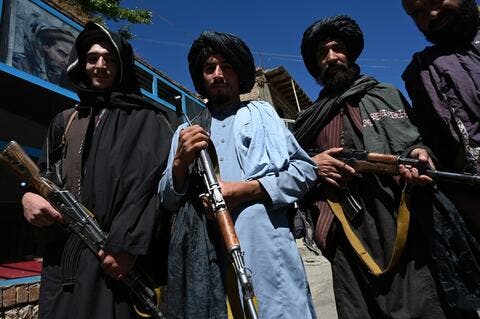 This article has been adopted from its original source