Please No Olympics This Time!

Kaori Yamaguchi, an Olympic medalist in judo and an executive member of the Japanese Olympic Committee, made an astonishing statement — astonishing, that is, for an Olympic official. She said that Japan had been “cornered” into holding this year’s Games during a pandemic: “What will these Olympics be for, and for whom? The Games have already lost meaning and are being held just for the sake of them. I believe we have already missed the opportunity to cancel.” 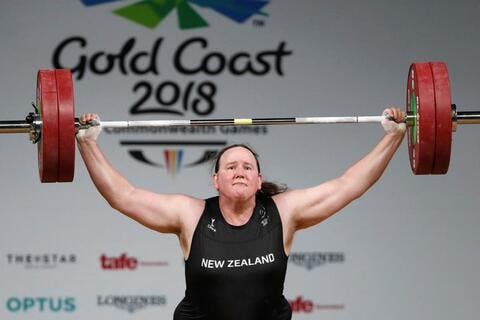 She is not alone. A top Japanese medical expert warned that the Games could trigger fresh COVID-19 outbreaks, and that going ahead under present conditions would “not be normal”. Over 80 per cent of the Japanese population want the Games to be either postponed or cancelled. The Asahi Shimbun newspaper, an official sponsor of the Games, has urged the government to abandon the enterprise. If the Games do go ahead, which seems most likely, the events will take place in mostly empty stadiums built at huge expense.

Yamaguchi’s question is a valid one. For whom are the Olympics? The athletes already have ample opportunity to compete in all kinds of international championships. And the Japanese should not pay the price for entertaining television viewers. Perhaps the Games are for Japanese politicians who hoped the spectacle would burnish their prestige, or for the fat cats of the International Olympic Committee (IOC), those blazered worthies who believe their juggernaut’s interests should trump those of everyone else?

The question of what the Olympics are really for has haunted the Games ever since Baron Pierre de Coubertin “revived” them in Athens in 1896. The Baron, like other French conservatives at the time, was worried about national virility, especially after losing the war against Prussia in 1871. He thought competitive sports would be the answer to the shortcomings of French manhood.

Apart from restoring French masculinity, Coubertin also hoped that an international sporting event would promote peace by bringing the world’s peoples together. Like World Fairs and Boy Scout Jamborees, the Games would encourage international friendship as well as patriotism. After clean and fair competition, the healthiest specimens from many nations would march together to a better future.

Charles Maurras, the far-right ideologue who joined the ultra-nationalist Action française, ridiculed Coubertin’s idealism at first. He despised the idea of international friendship. But then he changed his mind. Competing on track and field would make people from different nations hate one another even more. And that, in his view, would be a very good thing.

In the end, neither Coubertin’s idealism nor Maurras’ cynicism prevailed. World peace did not come about, but wars were hardly the result of national partisanship in sports stadiums. The hollowness of Coubertin’s pretensions became pathetically clear when his shaky voice extolled the virtues of friendship and fair play at the Berlin Olympics in 1936, as Hitler and Goering sat smirking in their luxury seats.

One cannot deny that the Games have had some positive purposes since the end of World War II. The Tokyo Olympics in 1964 were immensely important to the Japanese, symbolising not only economic revival but also political respectability. Japan was no longer a militarist predator that had been responsible for millions of bloody deaths in Asia, but a thriving democracy, open to the world.

Something similar might be claimed for the 1988 Seoul Olympics. After decades of harsh imperial Japanese rule, the devastating Korean war, and more decades of military dictatorship, South Korea had emerged as a relatively open society with competitive elections, a rambunctiously free press, and a young population brimming with pride and optimism. The Koreans richly deserved the international limelight. The Seoul Games were a true celebration.

Apart from these rare occasions, however, the Olympics are hard to justify. The marching, flag-waving, uniformed jamborees are a nineteenth-century anachronism, still cherished in countries whose people have no right to elect their leaders but only the obligation to praise them. North Korea is the past-master at this kind of thing, but Vladimir Putin’s Winter Olympics in 2014, held in a subtropical resort filled with artificial snow, was clearly meant as an homage to his rule. And the brand of Chinese nationalism on display at the Beijing Games in 2008 would have been closer to Maurras’ heart than to Coubertin’s.

Poorer countries, such as Greece in 2004, have been left with huge debts and deserted stadiums overgrown with weeds. And rich countries don’t really need the extravaganzas like those put on in Atlanta in 1996 or London in 2012, except perhaps as an excuse to invest in infrastructure that should have been built anyway. 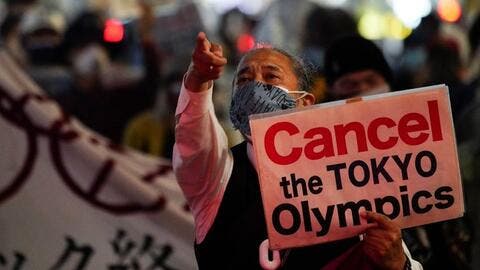 Japanese Doctors Say Tokyo Olympics Should be held With no Spectators

Tokyo in 2021 surely doesn’t need the Olympics. And yet the Olympic army marches on, making enormous amounts of money even as some countries are almost bankrupted. The IOC made a tidy 985 million euros ($1.2 billion) from the Athens Olympics. I remember watching the Olympic officials strutting around in Seoul. The poorer the country they represented, the bigger their platinum watches seemed to be.

The Games are a gigantic business for the IOC, for sponsors, for property developers, and sometimes for corrupt politicians. That is what they are for. Thousands of Olympic officials will be crowding the lobbies of expensive hotels in Tokyo this year. And after they leave for the next place, the big stadiums built for nothing will remain as largely abandoned sites of an event that should never have taken place.

Ian Buruma is the author of numerous books, including “Murder in Amsterdam: The Death of Theo Van Gogh and the Limits of Tolerance”, “Year Zero: A History of 1945, A Tokyo Romance: A Memoir”, and, most recently, “The Churchill Complex: The Curse of Being Special”, “From Winston and FDR to Trump and Brexit”. ©Project Syndicate, 2021.