Qatar is one of the small countries in the Gulf. The country is one of the small and sparsely populated countries where foreigners make up most of the population. Although the 2006 Doha Asian Games and later hosting dozens of important events were important steps in Qatar's strategy to host major sports events, few thought that Doha could host the 2022 FIFA World Cup alone.

Since the FIFA members voting, when Qatar won the right to host the 2022 World Cup in 2010, Qatar, as the first Middle Eastern country to host the World Cup, has taken extensive measures and approaches to host it. In fact, attention to sports is significant in Qatar's strategy, and the soccer world cup, along with various other consequences, has an effect on the country's soft power in several areas.

I have won a Gold medal by playing Qatar Airways' "Inflight Delight" game in QVerse. Participate to be in with a chance of winning an exclusive FIFA World Cup Qatar 2022™ travel package https://t.co/zzFCnvNyY7 #QVerseTo2022

But Qatar has tried to overcome its weak points such as its small population, small size, the presence of a significant population of migrant workers, unfavorable climate, weak military power, dependence on gas sales (single product economy), lack of democracy, and limited freedom.

On the other hand, the Qatari government has already tried to plan construction projects worth more than $200 billion by presenting the 2030 national vision plan.

Meanwhile by building and providing infrastructure to host nearly 500 international sports events since 2005, such as the world club championships in 2019, sports investment, financing large sports teams, etc, it tries to compete with players such as the UAE and Saudi Arabia in the future, will play a more appropriate role in gaining soft power in the region. 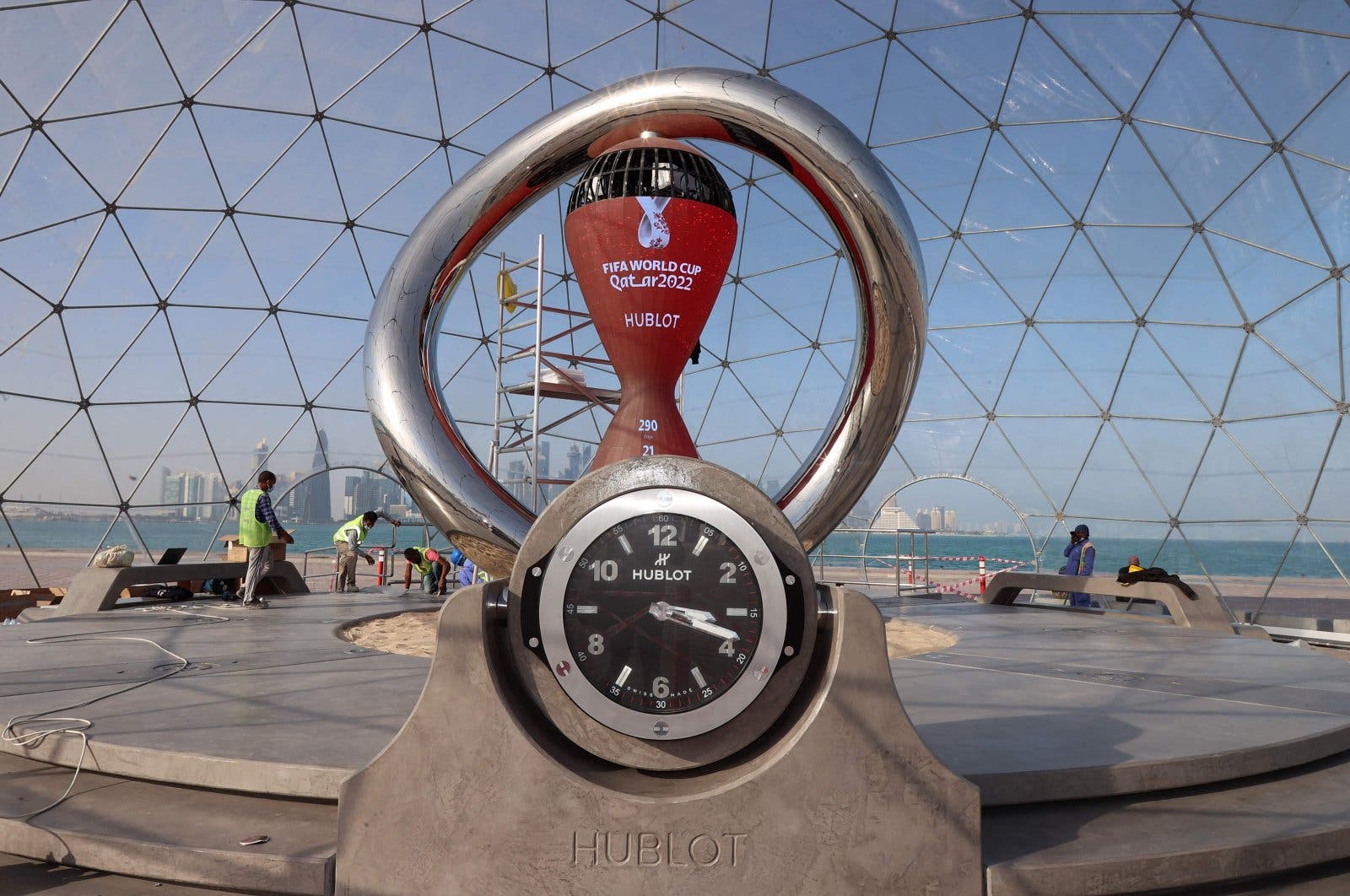 Also, Doha, by investing directly in the sports industry, hosting major sports events, cultivating sports elites, adopting appropriate sports diplomacy, and making large purchases in the world of sports, is trying to play the role of a sports leader in the region and even a reference of sports excellence at the global level. In fact, Qatar wants a suitable position in the global sports arena and international sports events. It also wants to be a pioneer in performance and to raise its rank at the global level to strengthen its soft power.

In another dimension, strengthening tourism is a part of strengthening the soft power of each country. But Qatar lags behind the UAE and Saudi Arabia. However, holding the World Cup can attract foreign tourists after the end of the tournament and even could turn temporary tourists into permanent tourists. Although the Qatar World Cup will only attract 1-2 million tourists, but it is expected to reach more than 3.5 million people after the World Cup and 7.4 million people by 2030.

The football world cup has already been an opportunity for branding through the connection of the countries with the host country of the world cup, getting the world’s admiration, and putting the government in the minds of the international audience.
Even now, it seems that the government of Qatar is trying to benefit from the soft power of the football world cup by overcoming the problems related to political, cultural, and social values, to positively change its image and turn the country into a brand in the world.

In fact, part of a country's soft power is based on an attractive culture, the ability of governments to convey values ​​and attract the opinions of other governments, and political values. Therefore, Qatar tries to rely on showing and promoting the country's rich traditions, culture, and unique heritage. Meanwhile, the football world cup is an opportunity to introduce the cultural differences and Qatari and Arab culture, music, and Islamic art in Qatar.

On the other hand, since 2015, by implementing some reforms, Doha has tried to safely pass the accusations such as paying bribes to FIFA, and by opening the doors of sports for women and highlighting the role of women in the Qatar World Cup, to emphasize its adherence to global values such as democracy and human rights. This is an important approach to improving the country's position in the field of soft power.

Also, by holding events such as the 2022 Leaders' Meeting, Qatar tries to make the World Cup an opportunity to eliminate negative and stereotyped ideas and common prejudices about the region and the legitimacy of its country's political systems.

Apart from this, sports are an integral part of Qatar's soft diplomacy. Therefore, the World Cup of Football can help Qatar to be present in the international arena, taking part in making decisions in regional, continental, and international sports organizations, and allow this small player to gain wider influence and defend its national interests.  In addition, Qatar has tried to take into account the opportunity of the football world cup to concentrate on promoting the top sports positions, a higher rank in FIFA, signing contracts with prominent foreign athletes, suspending citizenship, and becoming the main pole of television production and broadcasting, etc. 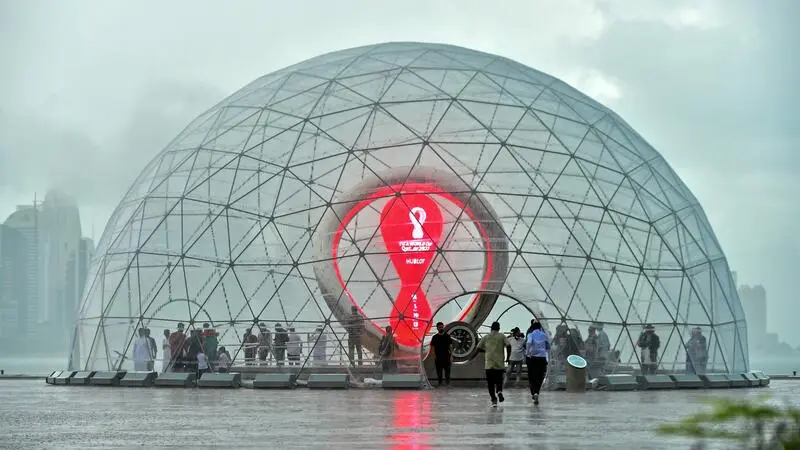 In addition, extensive investments related to the World Cup are a source of political legitimacy and credibility in the international system. This path can have positive consequences in finding solutions to political problems, and strengthening the country's image and reputation in international public opinion. In this regard, the soccer world cup can be an opportunity to emphasize Superiority or the difference between Qatar and some of its more unstable regional counterparts.

The 2022 FIFA World Cup will be the first global and very large event that has been hosted in the Arab world and the Middle East so far. However, in the past decade, many media, authorities, and non-governmental organizations have relied on the illegitimacy of "small" Qatar in hosting the World Cup. Critics point to charges like bribery and questionable donation of the 2022 World Cup; Inappropriate domestic policies, violation of human rights, treatment of migrant workers and exploitation (death of more than 6500 migrant workers), endangering the health of athletes, etc. Some others highlight environmental concerns, the mobility of professional players and the risk of child trafficking, the holding of the Winter World Cup, and the disruption of other countries' programs.

🏆️ Do you have what it takes?

With less than 70 days to go until the @FIFAWorldCup, authorities in Qatar have announced plans to hold a five-a-side tournament for fans at the Fan Festival in Al Bidda Park.https://t.co/sk2bodsM36

From this point of view, the government's reforms of the past and recent years are insufficient, and Qatar may face impotence, loss of influence, attractiveness, credibility, and in other words soft power.

In this regard, critics of terms such as "sports washing" put under question the use of football to clean the public image and divert attention from weak points, domestic politics, its connection with extremist groups, and even its comparison with China's performance in the field of economy and influence in world sports.

Although Qatar's hard power is very limited and even Pakistan will provide the security cover for the soccer world cup, getting soft, hard, and smart power can be an easier way for Qatar. The Football World Cup can be an important test and standard in pursuing Qatar's strategies in public diplomacy, rebuilding the country's image and branding, public diplomacy, and generally more soft power of the country.

Qatar World Cup: An Unintended Boon For The UAE - Analysishttps://t.co/rlLTir4Ff3
Qatar's 2022 World Cup promises to benefit not only itself but also to provide an unintended economic, political, and religious soft power boon for its foremost rival in the region, the United ... pic.twitter.com/NkIyA4mM5G

What is clear is that Qatar can use the World Cup to develop its soft power. Despite the criticism, the government is still looking for an improved image of itself by implementing reforms and using proper sports diplomacy. Meanwhile, holding a successful football World Cup in Qatar will have wide, positive and direct, and indirect effects on Qatar's global position in the field of soft power.

German Chancellor Scholz Warnes of a 'World Without Rules'