Stopping The Amazon Fires Via The G7 Meetings 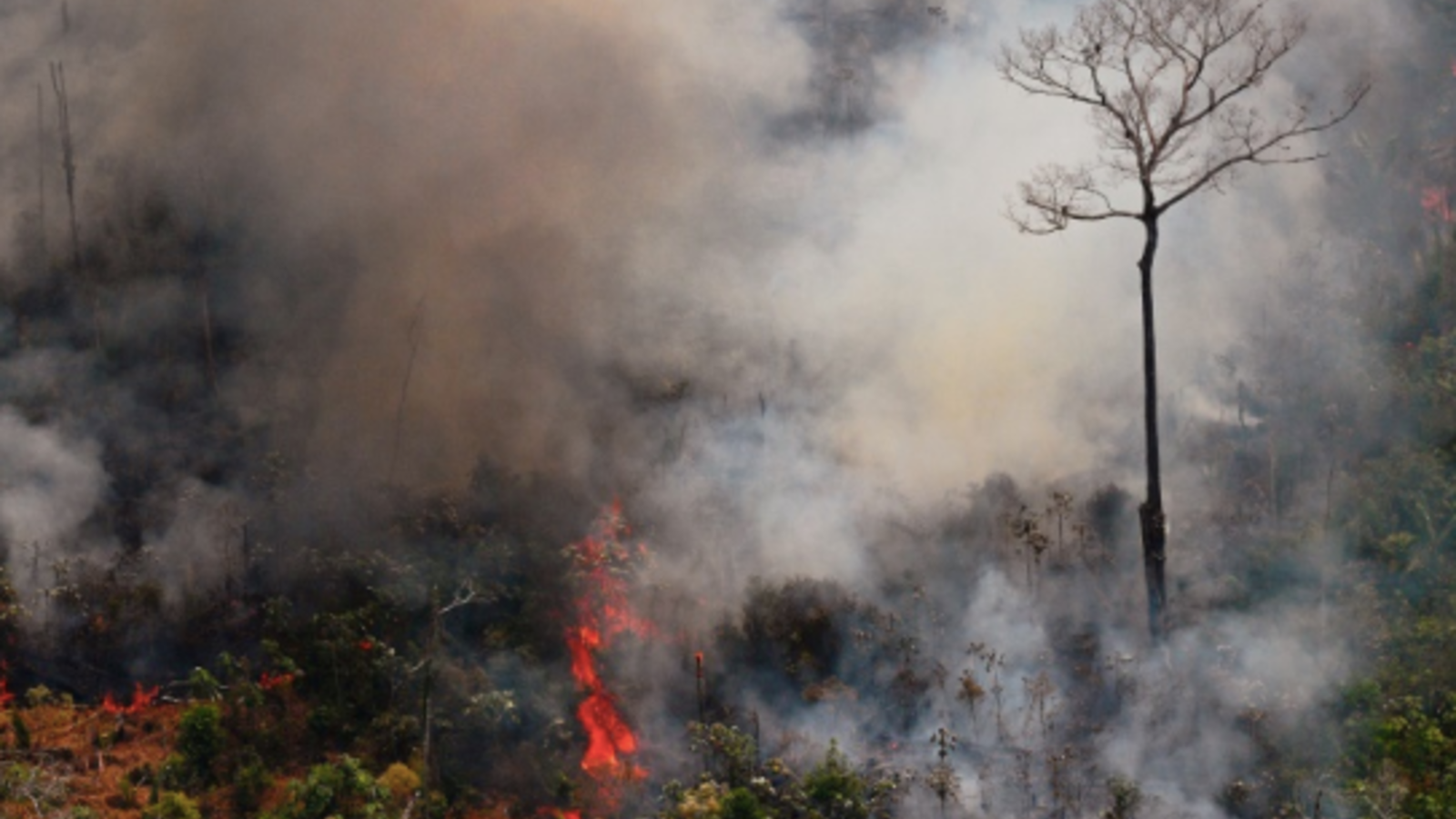 French President Emmanuel Macron is spearheading sounding the alarm about the raging rainforest fires in Brazil, and is calling for an international intervention.

The French president is calling on the ongoing G-7 summit in France to "do something" to combat the imminent danger of the fires to life across the globe.

Macron and other like-mined people are warning that global warming will be dangerously and irrevocably affected by the fires. The battle for combating climate change is already facing an uphill and a losing struggle without additional threats.

Brazilian right-wing President Jair Bolsonaro has already rejected the internationalisation of the fires in his country as interference in the internal affair.

In actual terms, the Amazon rainforest have seen a record number of fires this year, amounting to some 83 per cent increase on last year's number of fires. It is now reported that no less than 72,000 fires have taken place in Brazil's rainforest since the beginning of this year.

Over and above the threats to life and the world's ecosystem, heavy smoke from the fires have caused a daytime blackout in Brazil's second largest city of Sao Paulo, some 2,700 kilometres from the raging fires.

According to experts, the culprits are many and varied. For starters, there has been a dramatic spike in deforestation over the past few months due to a wild acceleration of cattle ranching, loggers and farming.

Given the undisputed fact that the Amazon rainforest are responsible for the generation of 20 per cent of oxygen in the Earth's atmosphere and are the home of untold numbers of fauna and flora species, the fires are, indeed, an international concern.

This is no time to plead the argument of Brazilian sovereignty rights and reject all sincere international offers for help, as the projected damage is incalculable and affects all human beings everywhere on planet Earth. Instead of opposing Macron's offer for help, Brazil should welcome it and allow the intervention of international actors to stop the fires at the source before they become unmanageable and widespread even more.

This is the time for statesmanship, and the fact that the French president is heralding the global concern over the Amazon fires should be promoted and encouraged.

Walid Sadi is a columnist in the Jordan Times.