ALBAWABA - A perception has hardened in the Middle East that after years of fruitless conflict and diplomacy, the Bashar Assad regime will remain intact going forward. Facing such a wretched conclusion, many regional states have decided to take tentative steps towards re-establishing ties with their decade-long foe. 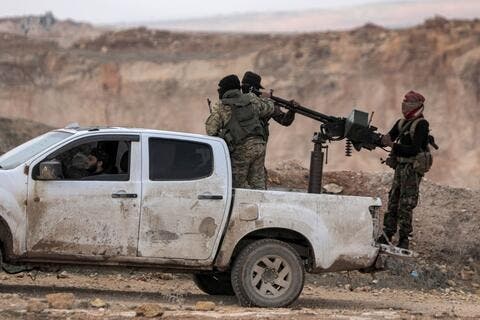 From the outset of the Syrian war in 2011, relations between the Assad regime and other Arab states perished. Syria’s membership in the Arab League was suspended and sanctions were imposed. Shortly thereafter, many Gulf countries began arming rebel groups.

Whatever moral gloss Arab regimes gave to these decisions – namely, Assad’s terrible violence towards protests, which lacked credibility given many Arab leaders unleashed violence onto their own protesters that year – they came from practical considerations.

There was a strong sense that the regime was broken and could only hold on for so long.

This prospect was then sunk by the ruthless intervention of Russian airpower, supported by Iran.

Although the country remains plagued by insecurity and sporadic conflict, the reconsolidation of the Assad regime is undeniable. Many Arab leaders believe that as Syria’s continued isolation serves no interest, it is necessary to welcome it back into the Arab fold.

Rolling back Iranian power in Syria is a key consideration of Arab states, whose anxieties have only been heightened by its increasing penetration of the country since Russia’s invasion of Ukraine.

They also want to clean up the risks posed by its ongoing instability to the wider region. With Syria no longer a core interest for Washington, fears abound about the revival of groups like ISIS once U.S. counter-terrorism operations abruptly withdraw, as predicted by Afghanistan. Therefore, the prospect of full normalization between Arab states appears irresistible.

Last June, Bahrain named its first full diplomatic mission to Syria in over a decade. Then in July, Algeria’s top diplomat revealed during a visit to Damascus that his government, alongside other Arab governments, was seeking to restore Syria’s Arab League membership.

Assad also had a call with Jordan’s King Abdullah II in October 2021.

Then in the first few days of 2023, the UAE’s foreign minister met with Assad to continue the thawing process between the two countries via economic cooperation. It came 10 months after Assad marked his first trip to a foreign country, aside from Russia and Iran, in the United Arab Emirates– which led the charge of Arab re-engagement with Assad by reopening its embassy in Syria in 2018.

These developments have been bitterly denounced by many who deem them a damaging blow to efforts seeking political change and justice in Syria.

Nonetheless, such critics might find solace in the fact that the far-reaching constraints of the Caesar Act’s sanctions on Syria have ensured that Arab re-engagement with Assad has amounted to little yet, nor has it yielded any material benefits to those, like the UAE, who have pioneered such efforts.

The full restoration of ties remains an aspiration rather than a reality for now.

Turkey is also showing signs of softening its hostilities towards Syria after a decade of supporting opposition to the Assad regime. In a striking shift in MENA geopolitics, top Turkish and Syrian defense and security officials held their first public meeting in more than a decade.

Frustrated by Washington’s unyielding assistance to the People's Defense Units (YPG), whom Turkey views as connected to its bloody rival, the Kurdistan Workers' Party (PKK), President Erdogan is seeking new partners to help dislodge the Kurdish presence in northern Syria.

Easing relations between Ankara and Damascus poses particular anxiety for the 4 million Syrian refugees who have taken shelter in Turkey since 2011.

These developments have created major headaches in the West.

The West’s legacy in Syria has been defined by the failure of the United Kingdom's government to win support for military intervention which, in turn, melted the resolve of the Obama administration to enforce its "red lines" against Assad alone.

After a decade of watching Syria crushed by, in part, the consequences of its indecision, the justification of Western sanctions against Assad is increasingly under fire.

Arguments citing the futility of sanctions to win concessions from Assad or any meaningful change are growing.

The prospect of normalizing relations with Assad after his unchecked violence and war crimes is disturbing, but, the argument proceeds, and so is the collective poverty of the Syrian people at the end of the country's darkest decade.

Citing this humanitarian rationalize, analogies are being made to Madeleine Albright’s jarring response to the question of sanctions on Saddam Hussein’s regime (following his invasion of Kuwait) which led to the deaths of half a million Iraqi children: “This is a very hard choice, but we think the price is worth it.”

It is unsurprising that the Biden administration is no longer actively at work to stop countries from engaging with Assad.

The realpolitik approach touted by Arab states, it seems, is slowly swaying the attitude of Washington. This does not mean that normalization will be anytime soon; simply that sanctions now look less likely to continue indefinitely against Syria.

Syria’s slow revival on the regional stage serves up the lesson that since the end of American hegemony in the Middle East, the use of violence by regimes reaps great reward and only temporary international risk.

Millions celebrate Year of the Rabbit