The Killing Al-Baghdadi Will Not Root Out ISIS 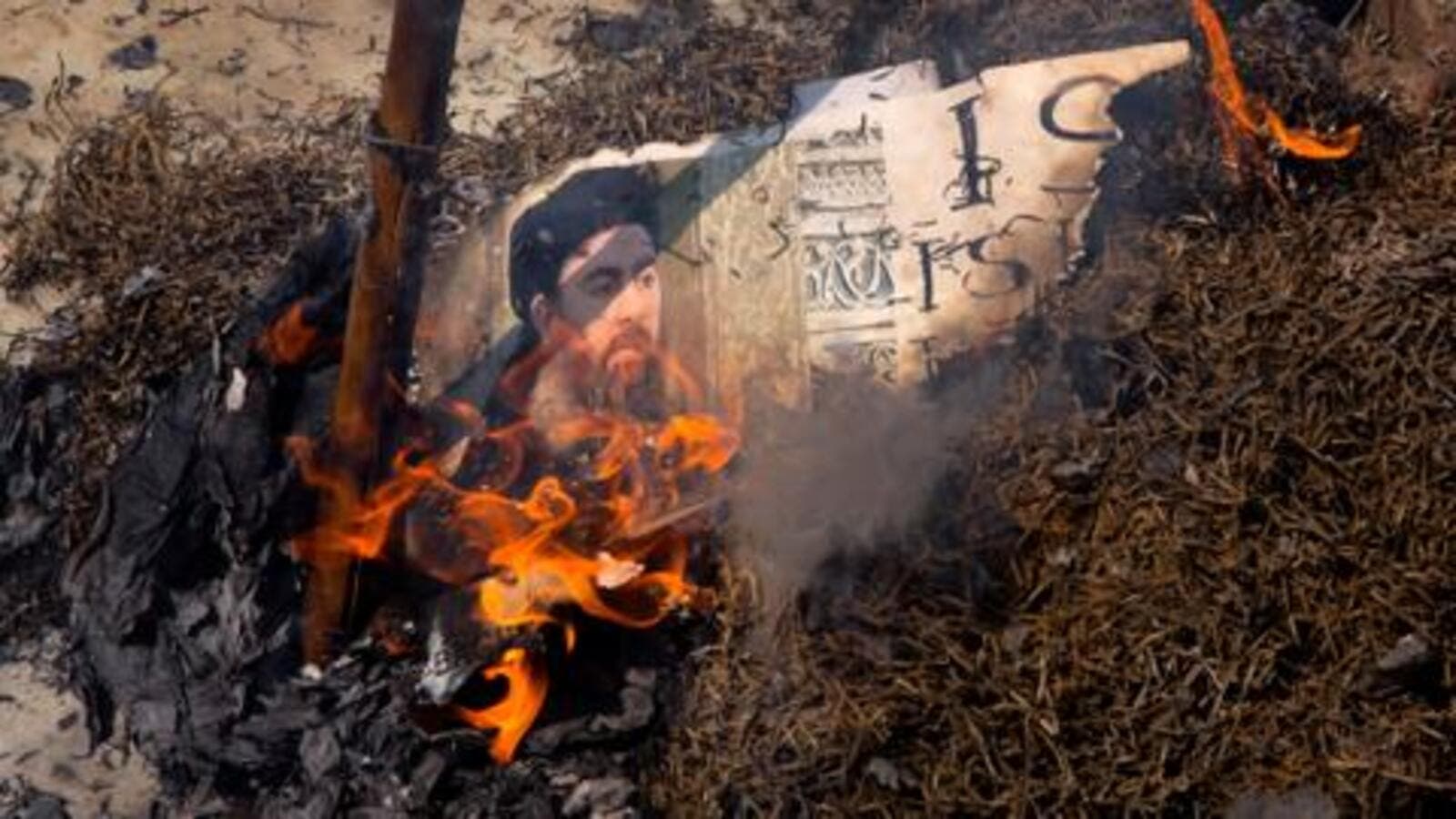 ISIS leader Abu Bakr (Twitter)
Highlights
However, even if Baghdadi has been killed, it will make almost no difference to a terrorist organisation such as Daesh which will continue to persist and cause mayhem and misery wherever it remains.

Killing the leader of the most brutal terror organisation is a symbolic blow but the breeding grounds for the group's ideology thrive.

Reports of ISIS leader Abu Bakr al Baghdadi’s death at the hands of US special forces have been flooding in since the early hours of this morning, with speculation rife as to how he was found, who provided the intelligence, and with unverified videos already circulating social media of the supposed aftermath of the US-led operation.

As usual with stories of this nature, the rumour mill has already spouted out several theories despite the fact that the White House had not even yet made any announcements. After all, this was not the first time that Baghdadi was reported killed, with Russia once claiming to have killed the ISIS mastermind only for him to reappear.

However, even if Baghdadi has been killed, it will make almost no difference to a terrorist organisation such as ISIS which will continue to persist and cause mayhem and misery wherever it remains.

Unlike its parent organisation, Al Qaeda, ISIS surprised many by swiftly expanding from smaller, seemingly unconnected cells to being able to organise and mobilise men and materiel into fighting formations capable of taking on a conventional military force.

While the modern Iraqi military is largely a laughing stock in military circles due to its unbelievable corruption, lack of discipline and military fieldcraft skills, and appalling unit cohesion leading to rapid breakdown when under fire, it was still equipped with some of the most modern American equipment, armour, and firepower.

While this organisational efficiency and ideological zeal allowed ISIS to sweep across much of northern and western Iraq, leading to Baghdadi’s infamous announcement of the establishment of his short-lived “caliphate” from the pulpit of the now destroyed Grand al Nuri Mosque in Mosul, ISIS proved to be incapable at holding its territory.

Over the next few years, and following a military intervention by the US-led coalition, ISIS’s territorial caliphate was dismantled and destroyed, with its final bastion in Syria falling earlier this year.

Daesh leaders, including Baghdadi, likely decided that the survival of their ideological caliphate was of greater value until they could solve the riddle of standing up to a coalition of the world’s most technologically advanced militaries.

Their ideological savagery aside, ISIS leaders have proven to be wily foes and understood that the reason why they were being defeated was because they were operating in a centralised manner as if they had a conventional military force that could hold and secure territories.

Ultimately, however, not only were they outmanned, but they had no answer to the devastating airpower used by the United States and its coalition partners that sadly also led to the deaths of thousands of civilians in both Iraq and Syria.

It is likely that ISIS command, first in Iraq and then in Syria, decided to revert back to the Al Qaeda model of decentralisation as a survival mechanism. ISIS would no longer operate as a proto-state with a standing army, but its cadres would dissolve once more into population centres and become almost indistinguishable from the locals, leading to the return of conventional counter-insurgency tactics and warfare, and far less attrition on ISIS’s combat ranks.

After all, although Osama bin Laden was killed in Abbottabad, Pakistan in 2011, his Al Qaeda organisation continues to persist until this day due to its organisational decentralisation and its non-reliance on a single leadership figure.

As a result of this decentralisation, ISIS has continued to survive and operate, and this is particularly so in Iraq where it was purportedly defeated years ago now. The reasons for this are obvious and are all to do with how ISIS came about in the first place.

What Western policymakers and even domestic and regional political players in Iraq and Syria have consistently failed to grasp is that rabid sectarianism feeds the phenomenon. The reason why ISIS was able to rout Iraqi security forces so easily is because those same security forces were involved in grave human rights abuses against the Iraqi people.

At the time of Daesh’s rise, then-Prime Minister Nouri al Maliki – a known lackey to Iran and formerly a leader of the Shia Islamist Dawa Party – was so warped by his sectarian hatred of Sunni Arabs that he was known to have consistently abused anti-terror laws to target the Sunni demographic for arrest where scores were sentenced to death.

Even Sunni politicians who accepted the post-2003 political order, like former Vice President Tariq al Hashemi, were accused of facilitating terrorism and exiled.

Under Maliki’s reign, human rights watchdogs such as Amnesty International reported how he and other sectarian politicians had overseen a decade of human rights abuses. These abuses involved murder, torture, the use of rape and sexual violence against women as a weapon of demographic change and to force false terror confessions, and numerous other grotesque violations.

When an entire community of millions is singled out and targeted, it should not be any surprise that the cities in which they live would become fertile breeding grounds for ideologies like ISIS.

We are now in 2019 and much of this reality has not changed. Sunnis still suffer persecution and discrimination, with many ostracised and denied access to services simply because they were related to a ISIS fighter. This collective punishment will continue to feed ISIS’s propaganda machine and will undermine Iraq’s already tenuous grip on democracy that has been shaken by years of protest.

Considering the survivability of groups like Al Qaeda and the ample propaganda material available to continue to recruit those who have lost family and loved ones to Iran-backed sectarianism that has led to horrific abuses in Iraq and Syria at the hands of militias, there is no reason to suspect that ISIS will simply and finally collapse because of the absence of one man, no matter how large a shadow Baghdadi cast.

Tallha Abdulrazaq is an award-winning academic and writer, with a specialism in Middle Eastern strategic and security affairs.