A Mediterranean Contest for EastMed Natural Gas is About to Begin

The meeting follows a historic agreement between Greece, Italy, Cyprus, Jordan, Israel and Palestinian territories held in January, called the “Eastern Mediterranean Gas Forum” (EMGF), where each nation agreed on how to extract energy. However, this agreement has severely strained relations with Turkey. Ankara had already asserted its maritime borders in a bilateral agreement with Libya’s Tripoli government, which conflict with those delineated in the EMGF.

First, why are these resources so important? The Eastern Mediterranean has massive hydrocarbon subsea riches, comparable to the energy resources of the North Sea. The major oil discoveries made over the past decade include the gas resources of Aphrodite, Calypso, and Glaucus in Cyprus, Tamar and Leviathan in Israel and the Zohr in Egypt.

Why are these resources so important? The East Mediterranean has massive hydrocarbon subsea riches, comparable to the energy resources of the North Sea.

It could make the region one of the world’s most important fields of natural gas over the next century, which could transfer billions of dollars to its surrounding countries. The profits from these resources would transform the international energy market by reducing Europe’s dependence on Russia for natural gas and by boosting the economies and importance of Eastern Mediterranean countries.

Most countries in the region have welcomed this agreement. The King of Jordan Abdullah II bin Al-Hussein said he believes “the large gas discoveries in the offshore fields of the eastern Mediterranean (…) can serve as a catalyst for regional stability.”

Greece’s energy minister George Stathakis said: “Greece plays a strategic role in regard to natural gas and its transfer to the rest of the European Union”, stressing how Greece could play a central role again in the energy sector after its increasingly marginalized position in the EU. Cyprus’s energy Minister George Lakkotrypis also welcomed the meeting as an “amazing gathering”.

The profits from these resources would transform the international energy market by reducing Europe’s dependence on Russia for natural gas and by boosting the economies and importance of East Mediterranean countries.

Turkey, however, was excluded from the agreement in light of its own bilateral deal with the government of Tripoli in November regarding its entitlement to territories in the Eastern Mediterranean Sea, which Greece and Cyprus claim violate its maritime rights.

Left out of the meeting, Ankara conducted exploratory drilling off its coastal waters, a conduct that triggered opposition by the EU, as well as Turkey’s closest neighbors.

“Turkey is turning into a pirate state in the eastern Mediterranean,” the Cypriot presidency said in a statement. But Turkey’s foreign ministry said: “The Turkish Cypriots have rights on this field (...) as much as the Greek Cypriots.”

Greece’s historically tense relationship with Turkey, including over its rights to Cyprus’s sovereignty, has only worsened with the latest dispute over new energy resources.

The Turkish outlet Daily Sabah said the country’s maritime borders extended from Turkey’s southwest coast to the eastern coast of Libya, an assertion which was rejected by Greek Foreign Minister Nikos Dendias as “ridiculous”, not least because it ignored the Greek island of Crete, which lies in the middle of the Eastern Mediterranean Sea between Turkey, Greece and Libya.

Egypt also strongly condemned the agreement between Turkey and Libya’s Tripoli government, known as the Government of National Accord (GNA). The GNA barely controls Tripoli and is reliant on paying various militias to defend itself against the ongoing assault by its Libyan civil war rival, general Khalifa Haftar from the East. Haftar now has most of the country under his control, and has been gradually taking more territory from the Tripoli government with the support of foreign powers including Egypt, which is part of the EMGF.

However, Turkey’s deal with the GNA meant Haftar’s nearing victory was a threat. As a result, Ankara decided to provide financial and military support to the almost defeated GNA, which has prolonged the Libyan conflict. Haftar, consequently, also called Turkey’s agreement with the Tripoli government “illegal”.

Italy has supported the GNA government since the inception of Libya’s second civil war, but it is now paralyzed by its adherence to the agreement to the EMGF. As a result, Turkey cannot find an ally in Italy either; the country is left completely on its own. 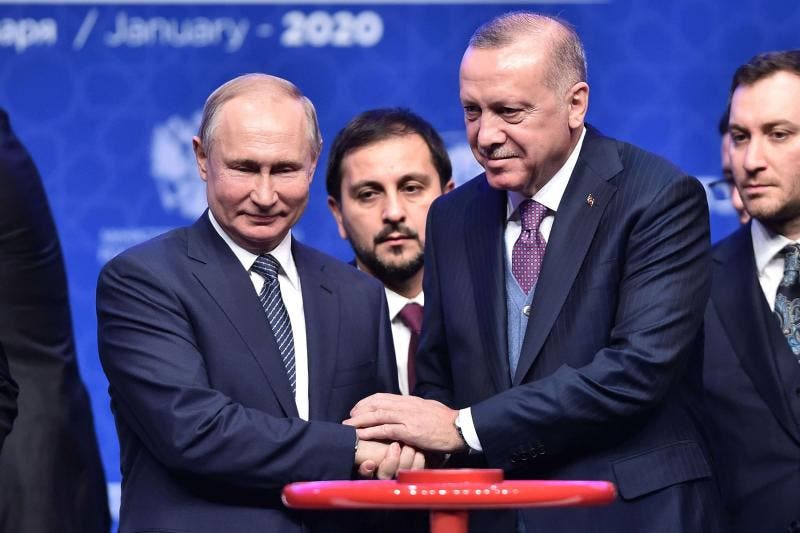 Given its pivotal location, intersecting between the Middle East and Europe, and its links to essential waterways such as the Suez Canal, the Bosporus and the Strait of Gibraltar, the stability of the Eastern Mediterranean is vital for regional security. But Turkey’s assertiveness is expected to continue as it seeks to exploit resources for its own benefit, which would trigger more instability in the region.

Given its pivotal location, intersecting between the Middle East and Europe, and its links to essential waterways such as the Suez Canal, the Bosporus and the Strait of Gibraltar, the East Mediterranean is vital for regional security.

If we look at the history of Turkey’s relationship with its neighbors, the risk the EMGF represents in terms of escalating a potential conflict becomes more apparent.

Since Turkey invaded the island of Cyprus in 1974, the island was divided between the Greek Cypriot Republic in the south and a state in the north of the Turkish Republic of Northern Cyprus, which is recognized only by Turkey.

Talks for the reunification of Cyprus collapsed in 2017, worsening tensions between Turkey and Greece, which is Cyprus’s main patron. Furthermore, both countries have fueled animosity towards each other over their territorial disputes in the Aegean Sea, where they almost came to war 1987. The Turkish-Greek conflict, however, isn’t new. It dates back to the centuries-long Ottoman occupation of Greece.

The Turkish-Greek conflict, however, isn’t new. It dates back to the centuries-long Ottoman occupation of Greece

Ankara also strained ties with Israel during the Gaza flotilla incident, which involved the death of eight Turks at the hand of Israeli security forces. Israel also condemned Turkey’s support for Hamas and its position in the region’s geopolitical conflicts, with Turkey supporting Muslim Brotherhood-affiliated groups, which are also tied to Hamas.

Turkey’s relationship with Cairo has also been difficult because of Turkish President Recep Tayyip Erdogan’s support for Egypt’s former Muslim Brotherhood-affiliated President, Mohammed Morsi. Egypt’s successor, Abdel-Fattah El-Sisi, was opposed by Turkey, resulting in a series of diplomatic rows between the two countries.

While Turkey hopes to be the main hegemon in the region, the country is confronted by a series of small countries surrounding its territories by allying against it.

Turkey’s relations with its neighbors in the region have been increasingly difficult to sustain. Interestingly, it has a more tense relationship with Muslim-majority countries that share its religion, compared to the relationship Christian countries like Greece have with those same neighbours. While Turkey hopes to be the main hegemon in the region, the country is confronted by a series of smaller powers surrounding its territories that are strategically allying against it.

The Eastern Mediterranean Gas Forum is a manifestation of how these countries overall distrust, and do not want to share energy resources with Ankara. As Turkey continues to make unilateral decisions in the region and is excluded from multilateral deals, such tensions risk escalating into a conflict.