As the FIFA World Cup comes to a close with Argentina as the victor, one cannot help but reflect on the extent of Western hypocrisy in media reporting of the event.

Coverage for football’s showpiece event, specifically by Western outlets, has been overwhelmingly negative since before the tournament even began. Numerous issues centred on alleged human rights abuses dominated headlines for weeks despite rebuttals and counter-critiques.

While there was vast popular and social media support towards the fact that an Arab nation hosted this global event, the Western press, till the very last moment, proved themselves as rife with bias and bigotry. It was quite ironic that those who serve as mouthpieces for so-called human rights agendas peddled such blatant lies.

It is genuinely confusing why so many news outlets ran an article on Argentina captain Lionel Messi receiving a traditional ‘bisht’ from Qatari Emir Tamim bin Hamad al Thani moments before receiving the World Cup trophey - particularly considering he donned it for a brief moment.

A long and winding headline by the Daily Mail read, “Selfish moment Qatar World Cup hosts force Lionel Messi to cover up his iconic No.10 shirt with an Arabic robe for trophy presentation: ‘It’s a moment for the players, not the host.’ And the Telegraph called it a bizarre act that “ruined the greatest moment in World Cup history” before changing their headline. 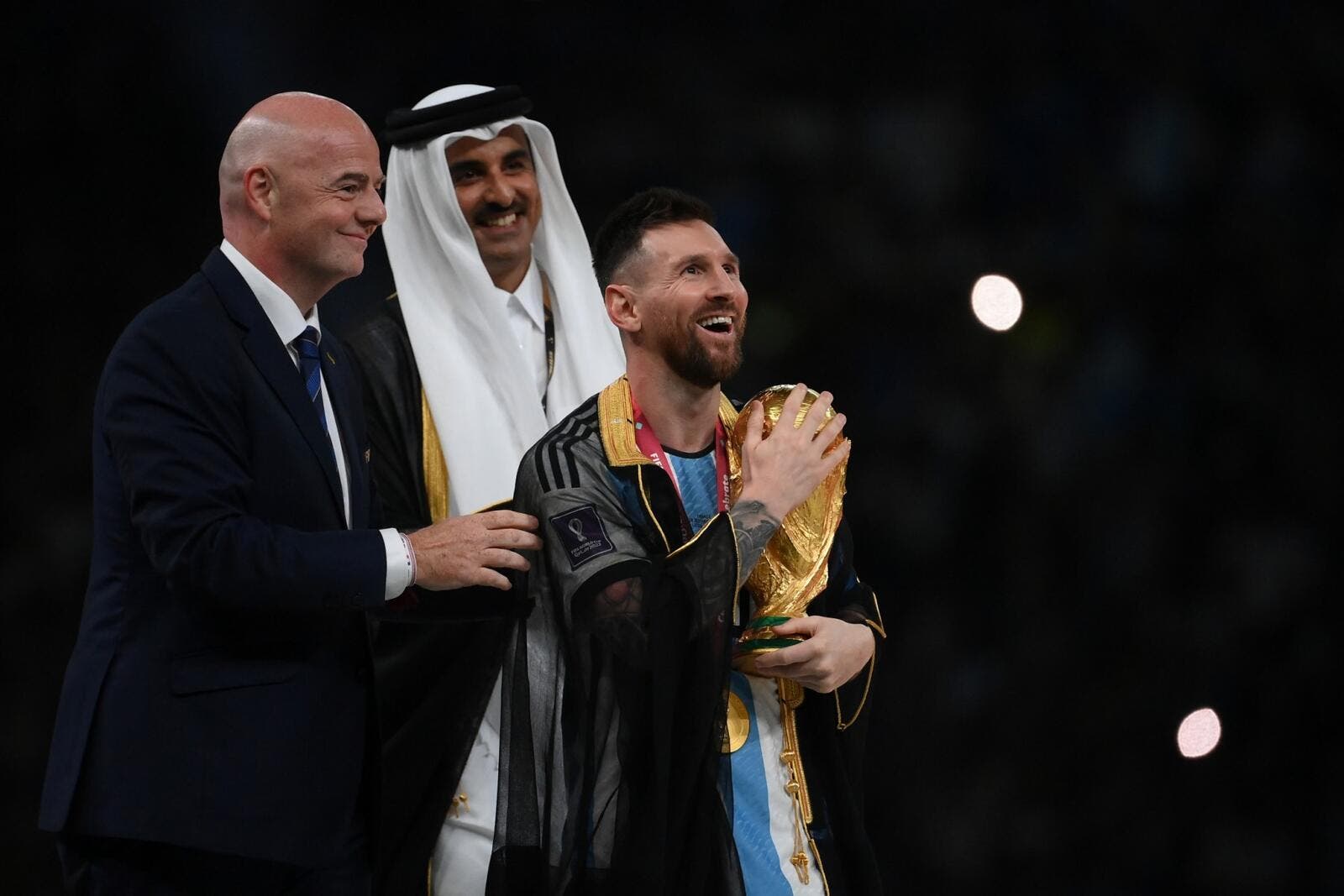 The gesture from the host country was not for the entire team, which highlighted that it was a gift meant to honour Messi in the highest way possible through the highest authority in the state. Despite this, former footballer-turned-commentator Gary Lineker could not resist saying on BBC: “This is a magic moment. It’s a shame in a way they’ve covered up Messi in his Argentina shirt.”

It is certainly not the first time a winning team has donned parts of the local dress at the celebration during a global event. It is, however, the first time it prompted so many visceral opinions.

The issue of this hypocrisy does not lie in the criticism itself, which, of course, is a necessary tool to encourage progress on specific topics. What is problematic, however, is that these criticisms fall onto a scale of Eurocentric/Western hierarchy of values - values that they cannot uphold. Furthermore, some criticism was levelled without factual reporting, and some stories were just blatantly racist. The wave of criticism covered topics such as migrant workers' rights and representation and the ban on alcohol in stadiums. These only showed selective criteria of concern and other biases.

Beginning well before this edition of the World Cup began, Western news outlets started publishing articles criticising Qatar’s alleged human rights abuses concerning migrant labour. Unfortunately, from misrepresentation of the number of migrant workers who reportedly lost their lives in the construction of the stadiums to a lack of self-reflection from the critics made these articles tedious to endure.

Research from Misbar highlights that The Guardian, along with other publications, was misleading regarding the death toll – failing to mention that the figure represented a ten-year period and did not solely reflect FIFA projects. But the barrage of articles did not stop, despite it being revealed that a large number of contractors working on the stadiums were, in fact, European firms.

First, French media draw parallels between Qataris and terrorists espousing their morality on human rights abuses (despite a French firm being tried in a Parisienne court for their complicity in the FIFA stadium construction); in the same vein, a French TV report featuring far-right politician Eric Zemmour discussing the Blackness of the national team and how it was problematic for him saying, “If there were 9 whites in the Senegalese team, the Senegalese would wonder…”

Next up was the issue concerning the alcohol ban in stadiums; quick to condemn Qatar for their ‘religious’ decision, there was a failure to mention that alcohol bans in stadiums are standard practice, including the previous World Cup held in Russia.

FIFA actually had to petition to change Brazilian law to allow alcohol in their stadiums. On the other hand, Qatar did not ban the sale of alcohol in fan zones and other areas outside the stadiums. As such, it is concerning that this news generated so much content and that, for example, the French ban on the hijab during all sports events, which may affect participants in the upcoming Olympics to be held in France in 2024, is going unquestioned.

And while the Moroccan team filled the hearts of Arabs and Africans with pride with their outstanding performance, the Western media completely dehumanised them.

German media accused the players of being Daesh supporters due to the use of a hand gesture commonly used to signify the oneness of God.

Furthermore, some criticism was levelled without factual reporting, and some stories were just blatantly racist. https://t.co/Cf0oUvIiGt

One report highlights, “Welt, one of Germany’s most popular TV channels, said the image of the Moroccan players holding their index finger to the air had caused ‘irritation’ because it’s the ‘salute’ the so-called Islamic State (IS) used after conquests. The segment went on to suggest that the Muslim players were unaware of the importance of the upheld index finger.”

They also very ignorantly implied the overwhelming support towards Palestine through the Moroccan team and many fans raising the flag as an anti-semitic gesture. This not only perpetuates the highly taxing myth that supporting a free Palestinian state equals anti-Semitism or the fact that Arabs, as Semitic people, cannot be anti-Semitic but plays into this display of selective humanism and moral superiority. A report from MEE highlights, “This celebration, according to Taz, is punctured by the “antisemitic tinge” of displaying the Palestinian flag.

My final point of concern is the Danish media drawing a strange parallel between Moroccan players celebrating their win with their mothers to monkeys huddling up for warmth, to the shock and ire of much of the audience. TV 2 NEWS host Christian Hogh Andersen said, “In continuation of the talk about Morocco (players) and their families in Qatar, we also have an animal family gathering to keep warm,” he said. The host and TV station have since issued unconditional apologies.

Unfortunately, rather than presenting constructive criticism or offering solutions/support, the media, social media and the general Western public felt more comfortable with blind insults and reductive comparisons to make their point.

This World Cup truly did bring to light the fact that cultural tension is growing, and while the European continent battles migrants and refugees bringing their cultures to EU society, it seems they also want to dictate how people should conduct themselves outside of their sovereign territory.

Nadine Sayegh is a multidisciplinary writer and researcher covering the Arab world. She has covered topics including gender in the region, countering violent extremism, the Occupied Palestinian Territories, amongst other social and political issues.