Believing that this Smart Agriculture contributes to the preservation of resources and the enhancement of production conditions, some investors tried to adopt it. However, they faced several challenges on the ground that hindered its full application and expansion.

According to the definition provided by the UN Food and Agriculture Agency (FAO), climate-smart agriculture :“Is an approach that helps to guide actions needed to transform and reorient agricultural systems to effectively support development and ensure food security in a changing climate.”

Al-Masiah Smart Agriculture, in Jizah District south of the capital of Amman, is an ambitious agricultural project that applies hydrobiological farming. “This kind of agriculture saves 80% of the water used in traditional farming, limits the use of insecticides and chemical fertilizers and increases harvest eightfold,” says Engineer Saad Daraghmeh, a project director.

Daraghmeh defines hydrobiological farming as such: “It’s an integration between two farming systems, aquaculture and hydroponics. It requires

All these requirements can be administered via artificial intelligence and the internet of things, hence, farmers can run their farms even if they’re away and consequently save a lot of time, effort and money, according to Daraghmeh. But so far, this system hasn’t been adopted widely in Jordan.

Current instructions for certification of technological systems “don’t agree with modern techniques and systems,” Daraghmeh complains. “To apply aquaculture, which we do at Al-Masiah, in a residential area, certification is impossible,” he says.

“The current regulations don’t take into consideration modern methods. Instructions state that an aquaculture should be away from any human community to avoid bad odors and shouldn’t use potable water. Our system doesn’t allow for bad odors, while pollution isn’t possible because the farm is operated by a closed-circuit system, which is safe and sound.”

Daraghmeh position is echoed by Engineer Mohammad Zenati, an expert in modern agricultural technology and founder of Smart Green for AgriTech Solutions. “No clear and straightforward legislations to support modern technology is available,” he says. “For example, registering a technological company takes too long because of a lack of necessary regulations about modern technological systems, contrary to traditional ones. This slows down the development of projects under legal protection."

Zenati warns that facilities to connect smart agriculture through the internet of things are absent. “The process needs approvals and a much larger infrastructure than the one in place. Also, a long procedure is needed to get approval for the use of drones, which are part and parcel of smart farming and make a major contribution to saving water.”

In addition, “laws keep changing and getting harsher in terms of imports and exports, hence, farmers’ plans need to keep changing, leading to major losses.”

Zenati says that official support through grants is absent for farmers who would like to use these techniques, arguing that traditional farmers should be encouraged to use modern technologies to enhance water management and boost harvests.

Reda Al-Khawaldeh, dean of agricultural technology at Al-Ahliyya Amman University, says he hopes that interest in smart technology grows in the public and private sectors. “It is the future, and it can give agriculture a qualitative boost by decreasing harvest losses and boosting harvest quality and its global competitiveness.”

Technology, including the internet of things, he says, “will help reduce water usage, monitor diseases and pests, decrease the use of pesticides and have comprehensive follow-up of farms whereby communication and quick decision-making become easier."

Nizar Haddad, director general of the National Agricultural Research Center, says he believes that the internet of things has become one of the most important techniques in smart agriculture. “It links all smart gadgets, including mobile telephones, home appliances and farming machines, hence, making

their operation and control, alongside sending and receiving data, possible online.” 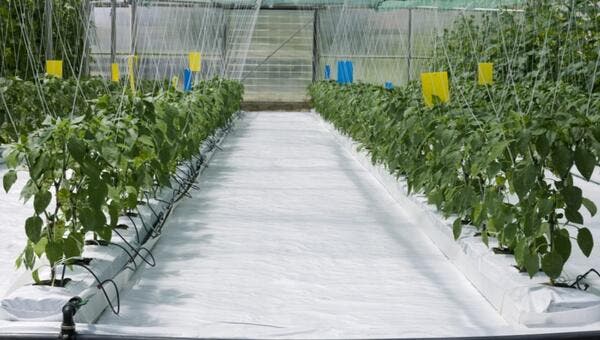 Haddad says that digital projects can “ revolutionize how communities guarantee and improve their livelihoods;” they give farmers easy remote access to “advice, inputs and markets and speed up the adoption of tested, cost-effective and expandable strategies to increase harvest in the long term.”

He points out that small farmers need accurate and timely information, while their ownership of mobile telephones allows them to receive widely-available and low-cost targeted agricultural advice that can also change their practices to the better.

To him, the main challenges are “weak communications and internet infrastructure, farmers’ lack of technological skills and the relatively high cost of the technology.”

Hani Al-Batsh, an engineer and consultant in artificial intelligence and forecasting, calls for revamping school and university curricula to meet current and future developments.

He says he contacted the Ministry of Education about developing curricula and introducing artificial intelligence courses because students will need the skill irrespective of their careers. “But the ministry said it couldn’t be done because there were no funds to put in place a suitable infrastructure for the those courses and that the curriculum already included too many courses.”

At a meeting with a group of technology experts, the minister of entrepreneurship and the Telecommunications Regulatory Commission in 2019, a question was raised about the government’s refusal to grant permissions for modern technological imports, such as drones and three-dimensional printers. The answer was that Jordan’s conditions were “sensitive,” and that such technologies could be used for inappropriate purposes, he says.

“I proposed drafting policies and laws for artificial intelligence and robots,” he adds. “The answer was that no state had done this sort of thing and that we had to wait until there’re laws that we can adapt!” 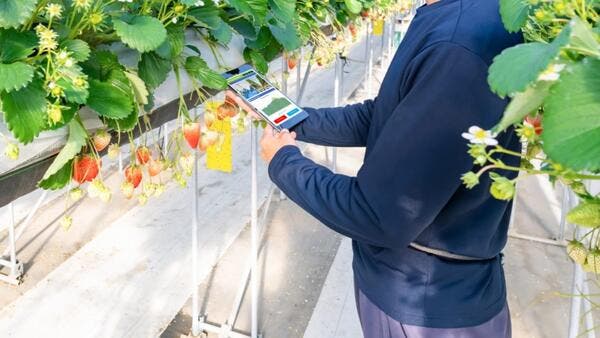 This investigation was conducted with the support of Arab Reporters for Investigative Journalism Network (ARIJ).

Palestinians Mysteriously Missing in Turkey: Is It Planned?

Lebanese Protest The Suspension of The Beirut Blast Probe