Why Should Saudi Arabia and Turkey Reinforce Their Diplomatic Ties?

Turkish-Saudi relations are rooted in history. Ankara in 1932 recognized the Kingdom of Saudi Arabia under its new name. Although the relations between the two countries have undergone various changes in the twentieth century, the new period of relations between them has become more prominent with the presence of the Justice and Development Party in power in Turkey and events such as the visit of King Abdullah bin Abdulaziz Al Saud to Turkey in 2006. 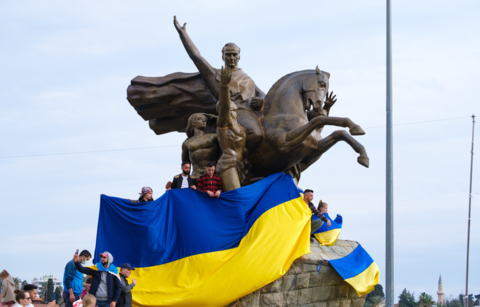 Turkey's Priorities and Approach to the Ukraine Crisis

However, after the Arab Spring in 2011, Turkey and Saudi Arabia took different paths due to their ideological differences, and so, the differences between them deepened.

In recent years, relations between the two countries have been strongly influenced by the assassination of journalist Jamal Khashoggi in 2018 and Erdogan's remarks about the order to assassinate Mr. Khashoggi by the highest levels of the Saudi government, reaching to the least political and economic extent.

At the end of April, Turkish President Recep Tayyip Erdogan paid an important visit to the Kingdom of Saudi Arabia, following the ongoing tensions between the two countries over the past few years. However, despite bilateral incentives and the positive consequences of improving Saudi-Turkish relations for the two countries, there are still challenges to expanding relations.

Improved Saudi-Turkish relations since October 2020 and positive messages from King Salman and President Erdogan signaled efforts to normalize the two sides. Although Erdogan's trip to Riyadh was postponed, the suspension of the trial of 26 Saudi suspects in connection with Khashoggi's murder in Turkey and the transfer of the case to Riyadh were important in resuming relations.

Turkish President Recep Tayyip Erdogan's meetings with the Crown Prince of Saudi Arabia to develop relations, a separate meeting with King Salman and a visit to the Holy Mosque have also raised hopes for a ‘new era’ in bilateral relations.

After Erdogan's visit to Saudi Arabia, some other diplomatic and political issues have helped the improvement of the political relations between the two countries, which include: telephone calls from officials of the two countries, review of measures and opportunities for the development of relations, review of the latest regional and international developments, and Erdogan's telephone call with Saudi Crown Prince Mohammed bin Salman, (on the health of the King of Saudi Arabia). Increasing Turkish pressure on the leaders of the Muslim Brotherhood, media and the expulsion of some Hamas activists based in Turkey could also be considered in line with the increasing of relations with Riyadh.

In fact, bilateral geopolitical motives also play an important role in reducing tensions in bilateral relations. On the one hand, Saudi Arabia is rebuilding its foreign policy orientation and pursuing a balanced position between the powers, the peaceful restoration of its relations with Qatar, Indonesia and Malaysia, and even negotiations with Iran.

On the other hand, Turkey is again pursuing a strategy of ‘zeroing in’ problems with many regional and international actors, such as the UAE, increasing its ties in the region with new geopolitical assessments. Turkey also appears to be normalizing relations with Egypt.

In addition, however, some dissidents inside Turkey describe the attempt to end all tensions with other actors as negative. But it seems important for Ankara to properly synchronize the processes of simultaneous normalization and turn them into a strategic balance of power in the area of ​​simultaneous management of conflict of interest and competition.

Changes in Ukraine and US policy toward the Middle East have also led Turkey and Saudi Arabia to improve their balance of power in the region. Considering the variable of Iran's power in the region and the future of resolving or not resolving the Iranian nuclear issue, Ankara and Riyadh are seeking to share more views and consult on issues related to Iran. As many expect, the number of high-level visits between Ankara and Riyadh will increase. It is obvious that closer cooperation between these two actors will affect the region.

The two countries are likely to move towards increased consultation and cooperation on Syria, Lebanon, Palestine, Qatar, anti-Turkish coalitions in the eastern Mediterranean, the normalization of relations with Egypt, and so on.

In another dimension, Erdogan sees the strengthening of cooperation in areas such as defense and finance as mutually beneficial. From this point of view, the sale of advanced weapons and UAVs, the development of cooperation in the defense industry, the training of the Saudi army, the equipping of Turkish-made weapons, especially the "Bayraktar" UAVs invested by Riyadh in the Turkish defense industry can be a win-win situation.

Certainly, the economic case of bilateral relations is not separate from the political issues but depends on the political context and political decision. Without political stability in relations, it is not possible to develop economic relations.

Certainly, Turkey seeks to increase the volume of trade with Saudi Arabia and attract investments from the country. While the economic outlook for 2022 with a growth of 7.6 percent is very favorable thanks to rising oil prices, Turkey's economic interests are "the main and fundamental driver" of improving relations with Riyadh.

The warming of relations with the UAE last year ($ 10 billion as guaranteed investment) has lead to the creation of billions of dollars of potential trade. Turkey's declining economy could be boosted widely by restoring trade and increasing Saudi investment in the country. Saudi Arabia's imports from Turkey increased by 2.8% in the first two months of 2022.

In fact, Turkey and Saudi Arabia are two complementary economies. Turkey wants to organize its economy in the run-up to the difficult elections in June 2023, by considering measures such as supporting the Saudi proposal to host Expo 2030, preparing to attract Saudi foreign direct investment, and strengthening economic interactions. In addition, tourism is a vital component of the Turkish economy and the number of Saudi travelers reached 750,000 in 2018. Even now, despite a sharp decline in Russian tourists, the Saudis can significantly help boost Turkish tourism by boosting flights to Turkey. 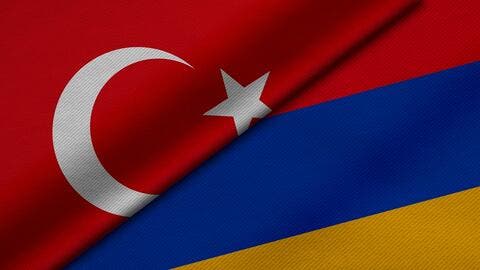 How Does Armenia Normalize With Turkey Without Betraying Its Past?

Relations between Ankara and Riyadh are still tactical in nature, far from the peak of bilateral relations in 2015-2016 and the formation of the Strategic Cooperation Council. In fact, all the problems between the two countries are not resolved and it will take time to reorganize their relations. In fact, while the Turks are waiting for Riyadh Stop supporting the PKK, the YPG (the Syrian branch of the PKK) and Greece, Of course, Saudi Arabia also has preconditions. Resolving the Khashoggi issue may be the first step. However, the two sides are still not aligned in their view of Islamist groups in the Middle East and regional conflicts, and the form of Erdogan's political Islam is a potential poison to the Saudi royal leadership.

On the other hand, the Saudis' awareness of Erdogan's internal situation and the ruling party's poll statistics has made Ankara more eager than Riyadh to improve relations. It also seems that there are still ambiguities and cautions about the billion-dollar credit line to the Turkish economy, accelerating the revival of relations and the development of trade, and so on.

While the root causes of hostility between Turkey and Saudi Arabia have been eliminated or reduced, the two countries may make progress in improving their relations and it is possible to take advantage of common ground. But the challenges to further strengthen relations are still extant, and there are ambiguities about a specific agenda at the economic, political and intelligence levels between Ankara and Riyadh. Improving relations, however, will have a gradual and growing impact at various levels. But it does not appear that Turkey will enter an important and decisive stage in the political, economic, security and geopolitical spheres, until the release of the results of the upcoming elections, or return to the height of previous relations.