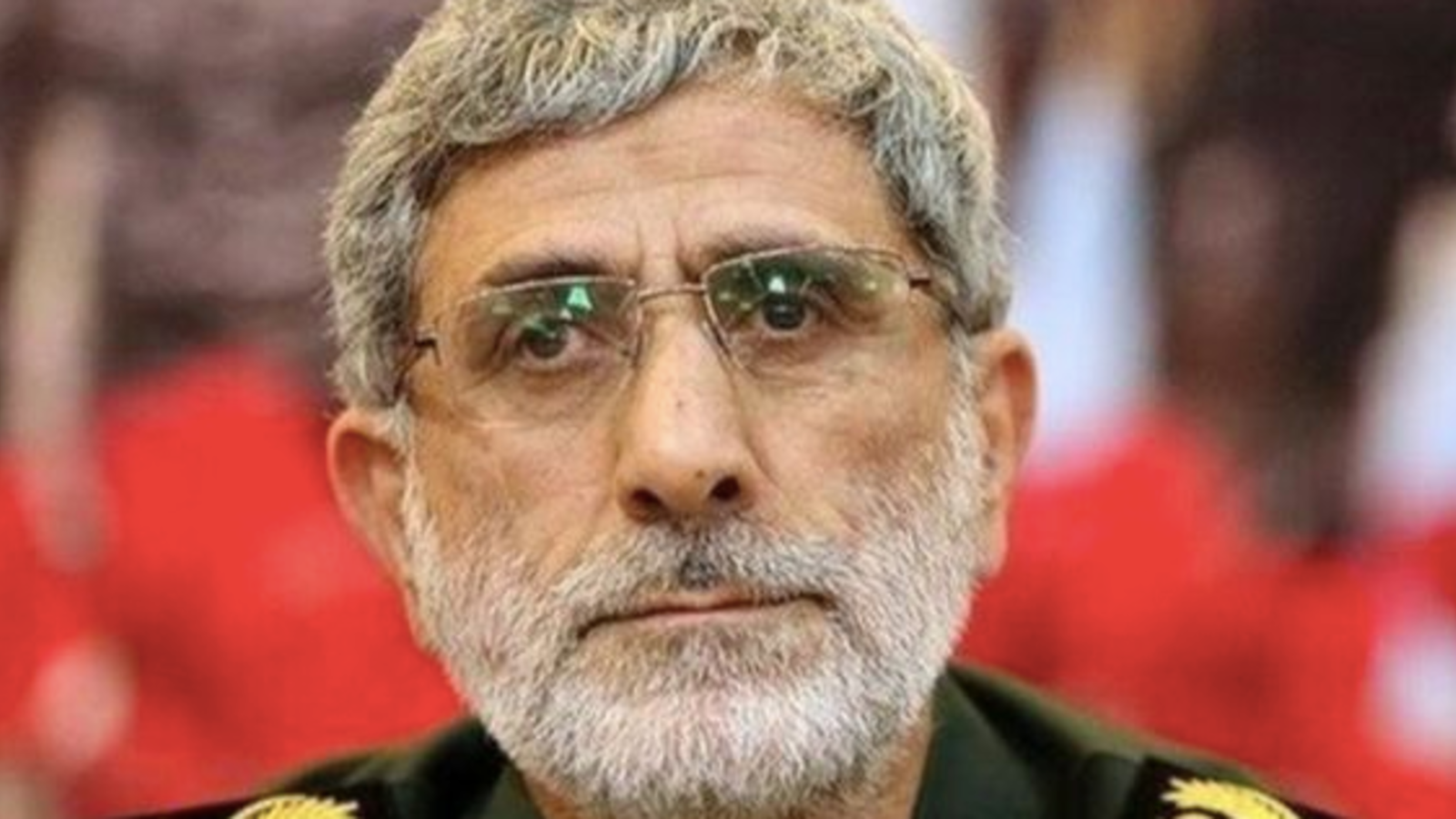 Esmail Qaani (AFP File Photo)
Highlights
Will Iran's adventurist policies in the Arab world change under under Esmail Qaani as head of the Quds Force?

Qaani had served as the deputy commander of the Quds Force (QF) since 2007 after years of occupying various senior positions within the Revolutionary Guards, including in its intelligence branch and “joint headquarters”. He was appointed to the QF almost exactly a decade after Soleimani assumed its leadership in 1997.

“The appointment of General Qaani [to marshal the Quds Force] only a few hours after the terrorist incident in Baghdad and martyrdom of General Soleimani demonstrates that enemies cannot create a void in the Islamic Republic with such crimes,” Gen. Rasoul Sanaei Rad, IRGC deputy for political affairs said on January 5.

“In fact, there was a division of labour between Gen. Soleimani and Gen. Qaani; Soleimani was [particularly] in charge of the Quds Force’s external [activities] department, while the internal [activities] department, preparations and coordinations had been assigned to Gen. Qaani,” Sanaei Rad continued. “So they have been complementary to each other.”

As I have argued earlier, the absence of Soleimani is unlikely to affect Iran’s overall security strategy and regional policies, and the Quds Force’s activities and objectives will not change substantially under Qaani’s leadership, except for the soul searching that the assassination of Soleimani might trigger within the Iranian security and defence community in general.

“Its plan [under Qaani] will be precisely the same as it was during the commandership of martyr Soleimani,” Khamenei asserted in his official appointment directive.

In the Supreme Leader’s words, Qaani has been “among the most prominent IRGC commanders during the Sacred Defense”—a reference to the eight-year Iran-Iraq War (1980-1988) in the Iranian political literature.

He has overseen numerous operations in regional conflict zones from Afghanistan to Syria and has no shortage of battlefield leadership experience either in conventional wars or asymmetrical guerilla combat.

As newly emerged photos show, as recently as July 2018, he reportedly met the governor of Afghanistan’s Bamyan province Muhammad Tahir Zahir, masquerading as a “Mr Esmaili, deputy of the Iranian ambassador” to Kabul, a reminder of his background in intelligence and counterintelligence work.

Qaani also appears to be subscribing to more or less the same ideological principles and religious values as his late boss. His name grabbed public attention, along with that of Soleimani, in 1999, when they signed a notorious letter written by 24 Revolutionary Guards commanders to former “reformist” President Mohammad Khatami (1997-2005) following the 1999 student protests in Tehran.

The signatories chastised his administration for sympathising with anti-establishment protesters and emboldening the Islamic Republic’s enemies, and warned that “we are running out of patience”.

Yet, Qaani lacks the charisma and conviviality displayed by Soleimani in a personal capacity, which might make his job in developing informal connections and a close rapport with field commanders and fighters relatively more difficult at an operational level.

Unlike Soleimani, whose national popularity derived partly from his fatherly embrace of greater social and political tolerance at home, he has also exhibited more hardline stances in Iran’s domestic politics.

Following Syrian President Bashar al Assad’s surprise trip to Tehran in February 2019—which provoked Iranian Foreign Minister Javad Zarif’s temporary resignation in protest as his ministry had been kept in the dark about the visit—Qaani famously stated that it was the Quds Force that had arranged the trip and it had duly informed the administration of President Hassan Rouhani.

“Those who should have known knew, and those who should not have, did not,” he retorted in response to foreign ministry objections, heaping the blame at the administration’s door and suggesting that it was responsible for Zarif’s unawareness of the Assad visit. “It was a sensitive task, after all.”

Conversely, Zarif, a veteran Iranian diplomat and close to “moderates” and “reformists” in the Islamic Republic’s corridors of power, had a friendly relationship with Someilani, who rarely lashed out at the rival political camp in public.

“I have special respect for General Soleimani," Iranian Foreign Minister Mohammad Javad Zarif once noted. "It is over 20 years that we have been closely collaborating to advance the objectives of the Islamic Republic in finding political and peaceful solutions.”

Similarly, in 2011, Qaani was among the signatories of a letter written by 12 Revolutionary Guards commanders to Hossein Alayi, the first commander-in-chief of the IRGC Navy who had criticised the Islamic Republic’s policies in a published and widely circulated opinion piece and urged the Iranian leadership to heed the lessons of “the Pahlavi regime’s collapse” in 1979.

In the letter, they accused Alayi of “alignment and sympathising” with the “enemies” of the Islamic Republic and slammed him for “wronging” the Supreme Leader Ayatollah Khamenei. Notably, Soleimani’s name was conspicuous by its absence from the undersigned.

In 2012, he again grabbed public attention by defending Iran’s military intervention in Syria in favour of the Assad government on the grounds that “if the Islamic Republic had not been present in Syria, the massacre of its people would have multiplied.”

“Syria is the geography of resistance, and the reason behind American and Israeli pressure [on Tehran] is that they realised it was impossible [for them] to conquer it,” he told Iran’s Student News Agency (ISNA) in the same interview.

The text was removed from ISNA’s website a few hours after its publication, apparently because it had unintentionally admitted to the military dimension of Iran’s presence in Syria and thus contradicted the official narrative that it was limited to an “advisory” role only.

Arguably, a widely neglected factor that contributed to the effective elimination of Qassem Soleimani was his celebrity status achieved on the back of massive state propaganda after he led a successful fight against the Islamic State in recent years.

The Iranian government is, however, unlikely to commit a similar blunder in the case of Quds Force’s new commander.

“Gen. Qaani is extremely averse to acquiring a promotional status and being seen [in public],” Sanaei Rad noted.

Lastly, Qaani is also believed to have close ties with “resistance groups” within Muslim nations and communities in Africa, indicating that under his leadership the Quds Force might decide to expand and increase its activities there.

“We have relations with many in the world and cooperate with them in numerous [policy] areas,” he said in 2017.

“We are everywhere as well as nowhere, and by divine will and power, we can do everything [we want], too.”