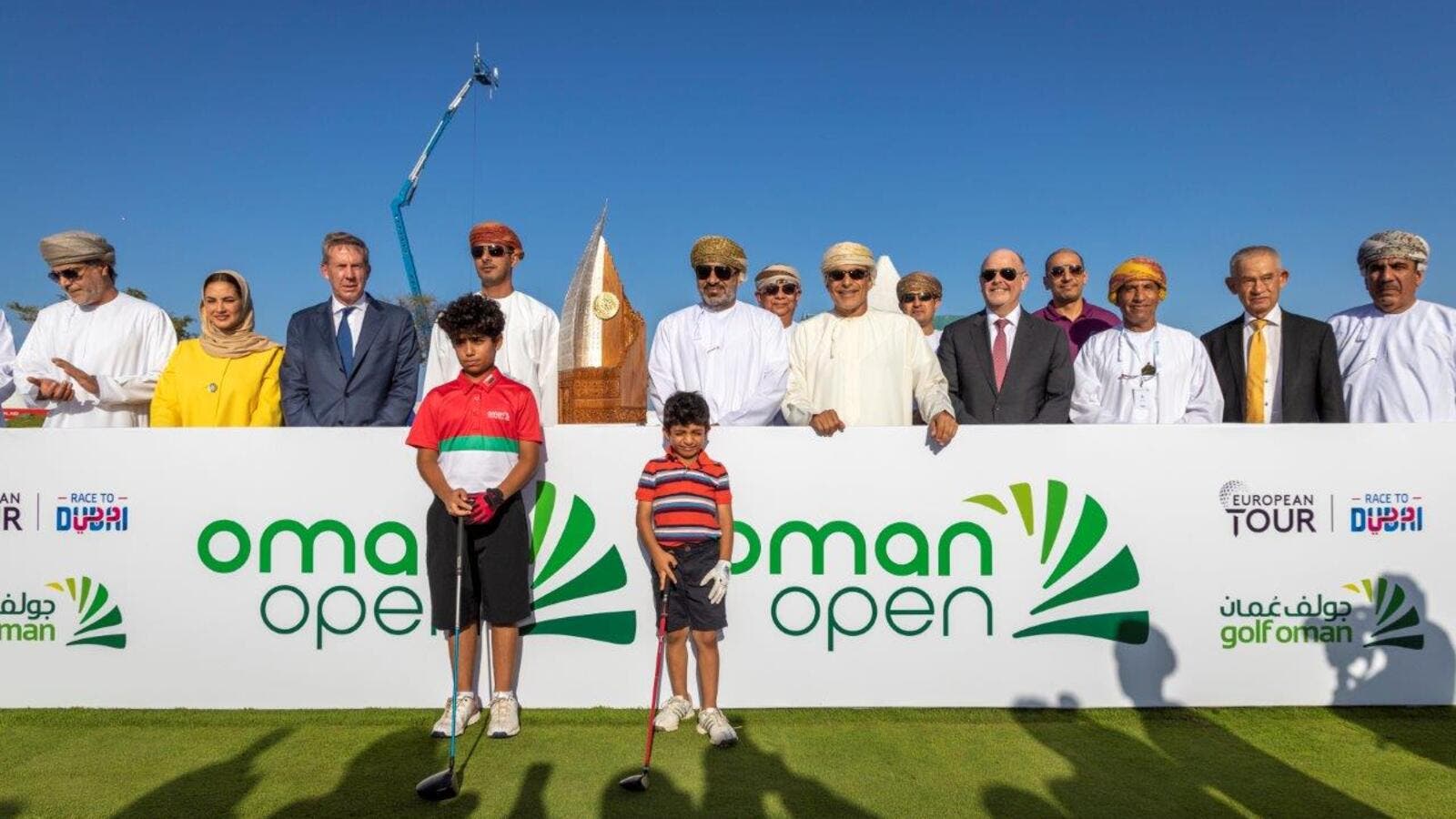 The Oman Open is formally launched by Omani dignitaries

The Oman Open is set for four days of thrilling golfing action when the third edition of the tournament kicks off on Thursday with two-time Major champion and former World No.1 Martin Kaymer headlining the strongest field to date at the stunning Al Mouj Golf.

The 35 year old has enjoyed some terrific form in the Middle East over the years with three of his 11 European Tour victories coming at the Abu Dhabi HSBC Championship presented by EGA. The German will be hoping to replicate that form as he looks for a first win since the 2014 U.S. Open as he revealed the steps he's taken to get back to his best.

“I was just going with the flow the last two or three years and took my game for granted a little bit,” said Kaymer. “I didn’t really work on one specific thing and the last few years it was quite clear where my weakness was in my game as I was losing a lot of shots on the green.

“I worked a lot on the short game over the winter and I also wanted to drive the ball further without screwing up my natural shot and that takes some planning and communicating with the coach. You have to brave with these things. It’s easy to try and change something but it doesn’t really go the way that you want it right away and then you fall back into your old habits.

“For me, it was more of the mentality of continuing that process as I knew what the other outcome was and that didn’t quite work out for me the last two years. I wanted to and needed to change something and become an even more complete player to try and win tournaments again. I really miss that feeling.”

Joining Kaymer is fellow Major winner Paul Lawrie, who captured the 1999 Open Championship, while the pair are among a number of Ryder Cup stars teeing it up in Muscat, including Andy Sullivan, Nicolas Colsaerts and David Howell.

"I'm looking forward to this next run of events and this week especially,” said Howell, who will take on the Greg Norman-designed course for the second time. "It was my first look last year and unfortunately we got blown off the place - well certainly I did - it was so windy so it was hard to get a true reflection of this golf course.

“And it really is a truly great golf course. It's a great design, it's really interesting and stunning in parts along the shoreline as well. So, I'm looking forward to this week and hopefully playing it in slightly more benign conditions.”

There will also be some of the hottest prospects in the golfing world on show in the capital with 2018 Challenge Tour Grand Final winner Adri Arnaus and two-time European Tour winner Shubhankar Sharma leading the way for the next generation of stars.

“I’m delighted to be back Al Mouj Golf for the Oman Open,” said Spaniard Arnaus, who enjoyed three runner-up finishes in his rookie season on the European Tour last year. “The course is a real test and one of the best on the European Tour schedule. We get treated really well when we visit the Sultanate and the people are so friendly and welcoming so it’s a tournament that I’ve been looking forward to for a while.”

Sharma added: “Al Mouj Golf is one of the best and most scenic courses we play throughout the year. The conditions are very pure down here so it’s great to be back and enjoying the world class hospitality we receive in the Sultanate.”

Oman’s No.1 golfer Azaan Al Rumhy is sure to pique local interest as he flies the flag for the Sultanate in his third consecutive appearance in Oman’s biggest ever professional sporting event. There will also be a European Tour debut for young Irish starlet James Sugrue, winner of last year’s Amateur Championship, after accepting an invitation from tournament organizers.

“I’ve never been to the Middle East before and making my first trip here to play the Oman Open will be a great experience,” said Sugrue.

This year’s Oman Open is the third staging of the event at Al Mouj Golf and players will compete for a prize fund of $1.75m.