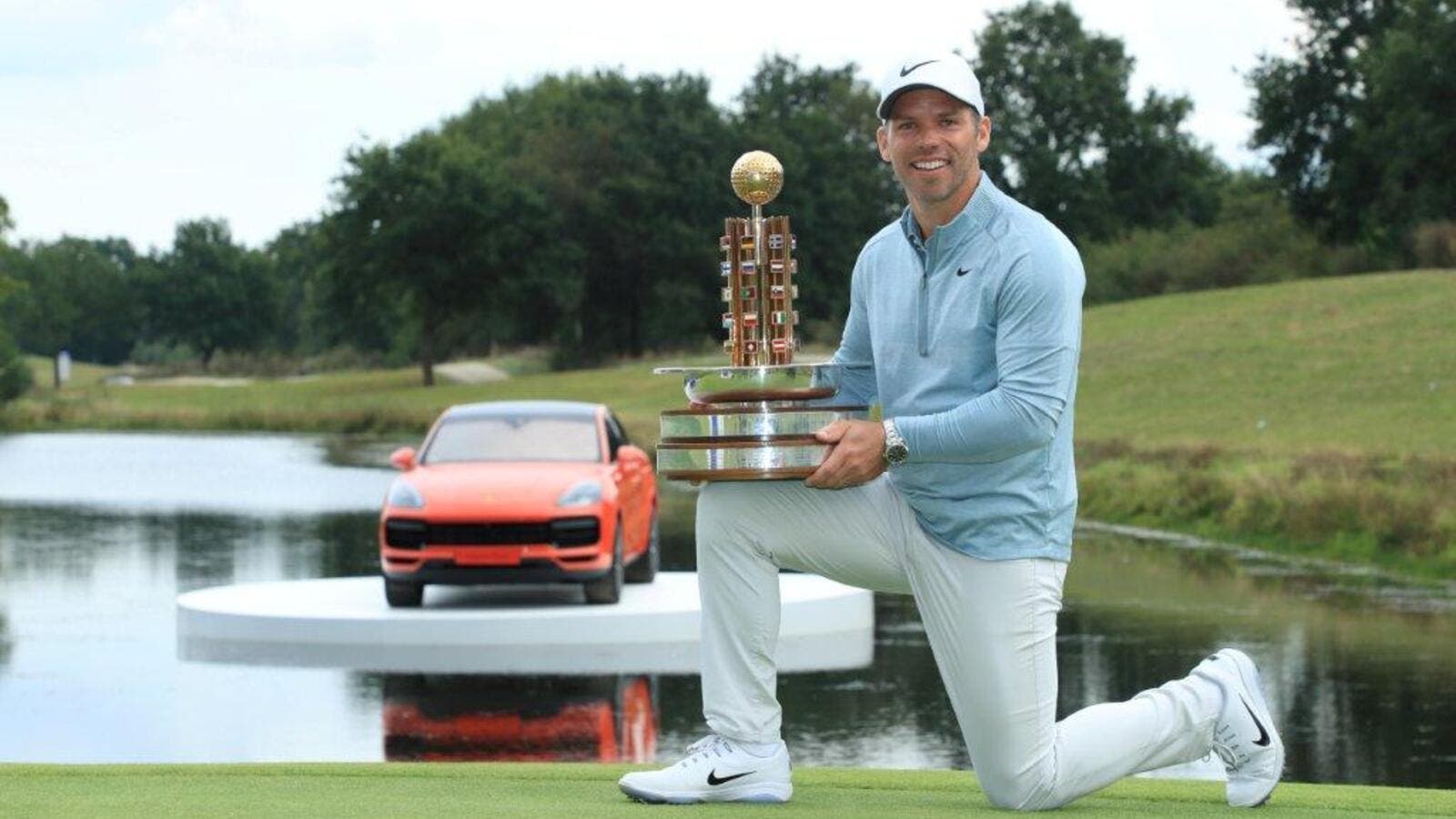 Paul Casey soared up the Race to Dubai Rankings and all but sealed his place in the season-ending DP World Tour Championship after capturing a first European Tour title in five years with a one-stroke triumph at the Porsche European Open.

The Englishman started the final round one shot behind Robert MacIntyre and Bernd Ritthammer but carded his best front nine of the week, going out in 31 to put himself in contention. The trio, along with Bernd Wiesberger, were all tied for the lead heading up the 16th before Casey produced a brilliant birdie-birdie-par finish to become the third successive Englishman to win the event after Jordan Smith and Richard McEvoy.

"I volunteered at this event at Walton Heath in 1991 – as a standard bearer – walking around the golf course," said Casey, who jumps from 42nd to 16th in the Race to Dubai Rankings. "Walton Heath is not far from where I grew up as a kid, I never thought I’d be sitting here with the trophy, which is very, very cool. I’ve been lucky to win at Wentworth, and to win this one feels very special. We had some great players in the field, and the young players pushed us older guys right to the end.

“I’d been away from the Tour for a few years, since then I’ve had a couple of wins in the US. The Ryder Cup last year is part of the highlight package. I feel good about that – age is just a number. I feel as fit at 42 as I’ve ever felt. I have an understanding of my golf game and a lot of enthusiasm. I love working hard for it and the quest of being as good as I can be.

MacIntyre and Ritthammer were joined in second place with Matthias Schwab after the Austrian made a stunning eagle at the last at Green Eagle Golf Courses. All three men picked up 204.7 Race to Dubai points which moves 2018 Challenge Tour Graduate MacIntyre up to 13th, Schwab enters the top 50 after jumping up to 46th while Ritthammer climbs to 117th from 169th.

Meanwhile, Wiesberger edged closer to Shane Lowry at the summit of the Race to Dubai after finishing in fifth spot in Germany. The Austrian, who has two victories to his name in 2019, collects 116 points to add to his tally as the European Tour moves into the business end of the season with only ten events left before the season-ending DP World Tour Championship, a Rolex Series event.

The top 50 players in the Race to Dubai Rankings will contest the season-ending US$8 million DP World Tour Championship at Jumeirah Golf Estates in Dubai from November 21-24 where US$3 million will be up for grabs for the winner, making it the richest first prize in world tournament golf.

Top 10 Race to Dubai Rankings after the Porsche European Open