AC Milan fans will be gutted for sure after losing their star goalkeeper to PSG; Gianluigi Donnarruma led Italy to their second ever European Cup win at the expense of England.

The 22-year-old had his doubters during his stint with the Rossoneri, a series of errors and a clash with supporters led many to believe that he was not a worthy heir to his compatriot Gianluigi Buffon, but the 2020 Serie A Goalkeeper of the Year had other thoughts.

The shot stopper won the Euro 2020 player of the Tournament award, and saved two crucial penalties in the final against England giving his country a well-earned title.

He was born in Castellammare di Stabia in the Province of Naples, he came through Milan's youth system as a goalkeeper.

Since his early days, he supported AC Milan, although he grew up idolizing fellow countryman Buffon that was a symbol to rivals Juventus.

At the age of 14, he was signed for €250,000 by the Rossoneri, where his elder brother, Antonio, already played as a shot stopper.

Donnarruma was promoted to Milan's senior team in 2015-16 season by manager Sinisa Mihajlovic.

He made his debut in Serie A on the 25th of October against Sassuolo.

Throughout the seasons, "Ruma" became an integral part of the Milano-based team.

On 26 May 2021, AC Milan's director of football Paolo Maldini confirmed that the rising star would leave following the end of his contract on 30 June.

He played 251 matches for the club in all competitions, keeping 88 clean sheets, he helped Il Diavolo finish second in the Italian League (and qualify for the Champions League for the first time since 2014).

The goalkeeper agreed a five-year-deal with Paris Saint-Germain on 16 June 2021 according to reports.

He passed the medical on 21 June and will reportedly earn 12 million euros per season. 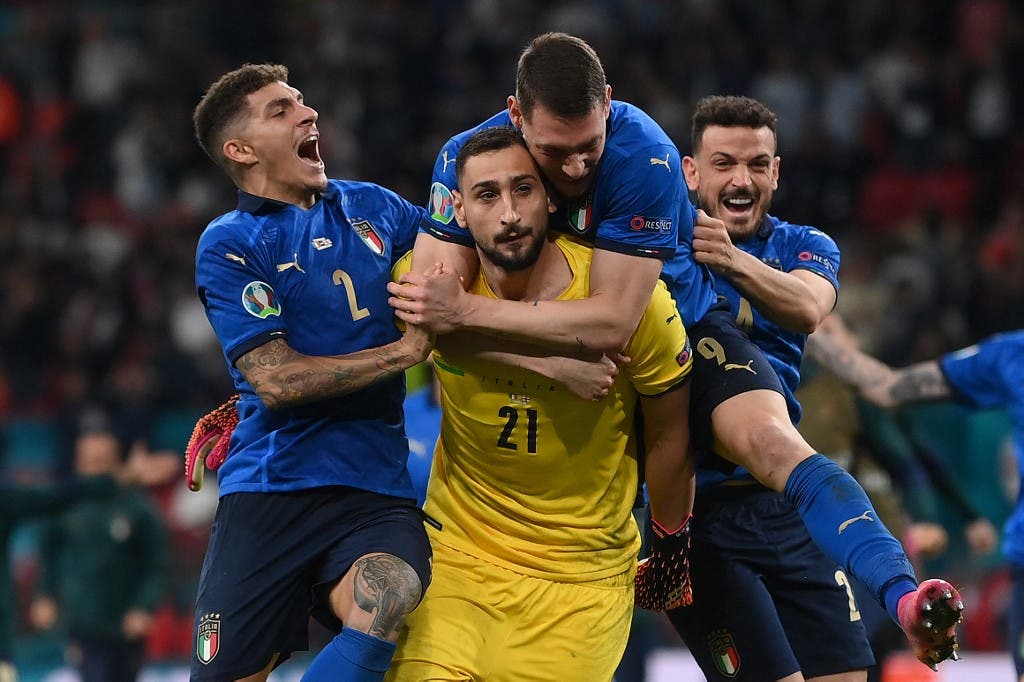 He was first called up to represent Italy's senior team by Gian Piero Ventura for a friendly against France on 1 September 2016.

Against Spain in the semi-final, he saved Alvaro Morata's spot-kick to help the Azzurri to a 4–2 shootout victory.

In the final against England at Wembley Stadium, the shot stopper saved two spot kicks during the shootouts giving Italy a hard-fought 3-2 win and their first European title since 1968.