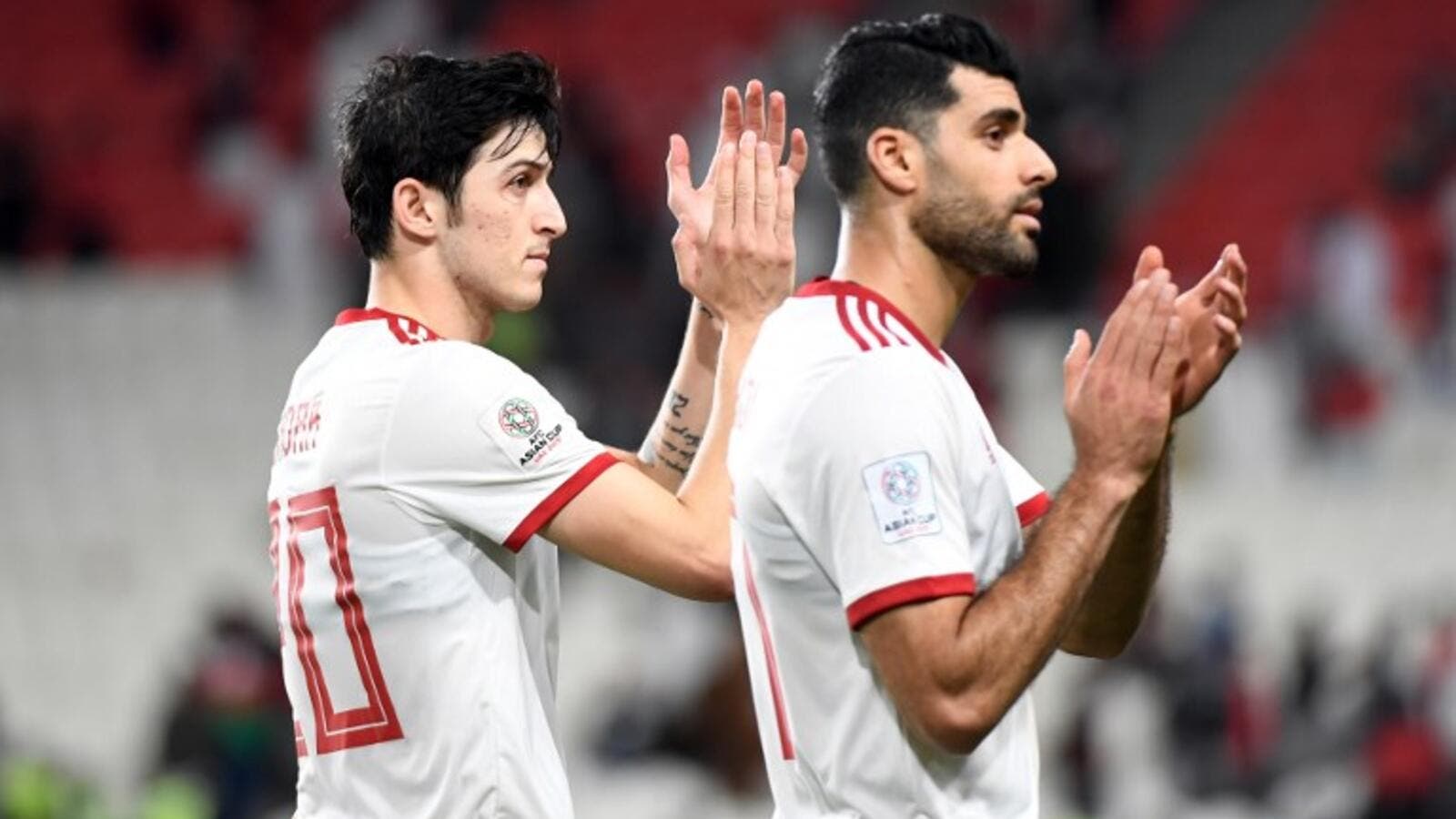 Iran's forward Sardar Azmoun (L) and Iran's midfielder Mehdi Taremi greets the fans following their victory during the 2019 AFC Asian Cup Round of 16 football match between Iran and Oman at the Mohammed Bin Zayed Stadium in Abu Dhabi on January 20, 2019. Khaled DESOUKI / AFP

Iran cruised into the quarter-finals of the Asian Cup thanks to a 2-0 win over Oman, with Alireza Jahanbakhsh and Ashkan Dejagah getting the goals in Abu Dhabi.

Carlos Queiroz's men eased through the group phase unbeaten and things ended up being similarly comfortable on Sunday, despite getting off to a rocky start.

Gulf Cup champions Oman saw an early Ahmed Al Mahaijri penalty saved and they were made to rue that missed opportunity, as Jahanbakhsh's strike and Dejagah's spot-kick had Iran in control at half-time.

Although Iran were unable to convert any of their further chances, Oman failed to produce an unlikely comeback, as Queiroz's side head into a last-eight clash with China having still not conceded a goal in the tournament.

Oman had a glorious chance to take an early lead when Seyedmajid Hosseini clumsily tripped Muhsen Al Ghassani in the area, but Alireza Beiranvand made a fine save down to his right to keep Al Mahaijri's attempt out.

The goalkeeper was helpless again just before the break – Dejagah converted the game's second penalty confidently down the middle after Saad Al-Mukhaini was controversially adjudged to have fouled Mehdi Taremi.

Iran's dominance only appeared to grow after the break. Sardar Azmoun blazed over from 12 yards in the 52nd minute, before Taremi's fierce volley was well saved by Al Rusheidi.

The Oman goalkeeper made another commendable stop late on to thwart Taremi in a one-on-one situation, though it made no difference to the triumphant Iran.