Giana Lotfy Farouk earned her country a bronze medal in the Women's Karate Kumite 61kg competition at the Tokyo Olympics.

The 26-year-old Egyptian champion lost in the semi-final to China's Yin Xiaoyan, and shared the bronze medal with Turkey's Merve Çoban.

The gold medal went to Jovana Prekovic from Serbia, while Xiaoyan settled for silver.

It is Egypt's fourth bronze medal at the Tokyo Olympics. 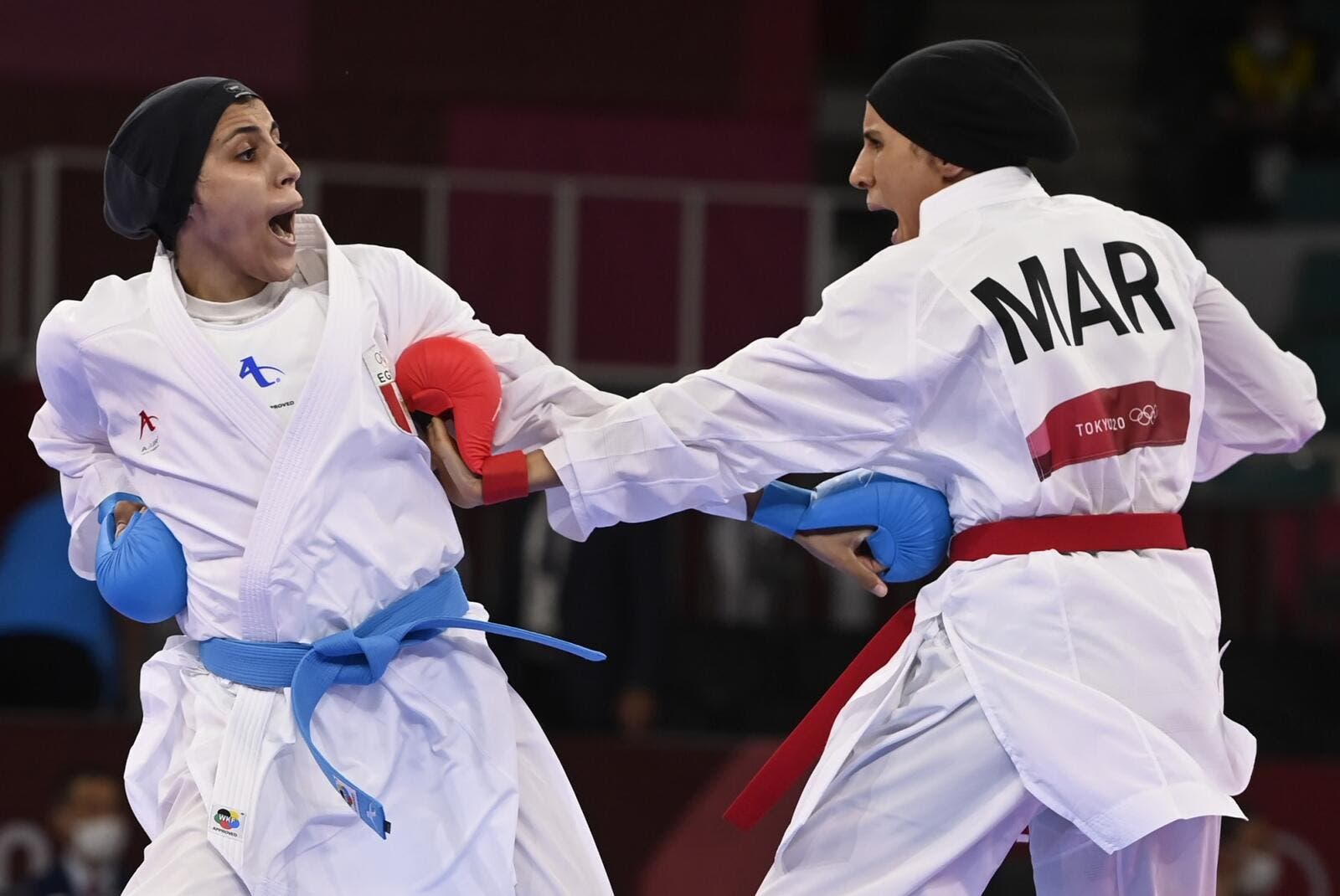 Morocco's Btissam Sadini (R) competes against Egypt's Giana Lotfy in the women's kumite -61kg elimination round of the karate competition during the Tokyo 2020 Olympic Games at the Nippon Budokan in Tokyo on August 6, 2021. (Photo by Alexander NEMENOV / AFP)