Jordan's Abdel Rahman Almasatfa had to settle for the bronze medal in the Men's Karate Kumite 67kg at the Tokyo Olympics.

The Jordanian karateka lost to Turkey's Eray Samdan in the semi-final ending his hopes of reaching the gold medal match. 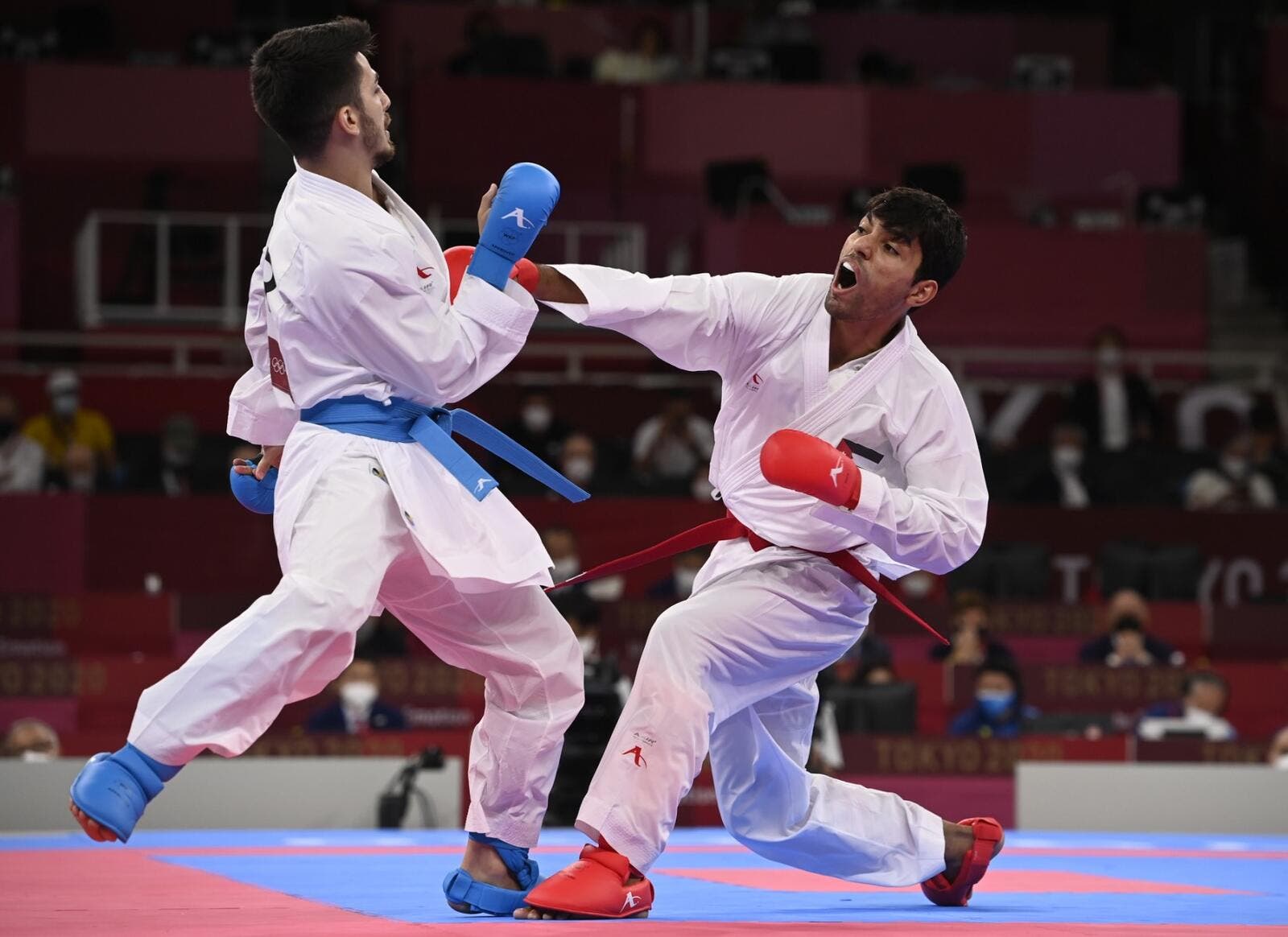 Turkey's Eray Samdan (L) competes against Jordan's Abdel Rahman Almasatfa in the men's kumite -67kg semi-final of the karate competition during the Tokyo 2020 Olympic Games at the Nippon Budokan in Tokyo on August 5, 2021. (Photo by Alexander NEMENOV / AFP)