Published July 13th, 2021 - 12:14 GMT
Damian Lillard #6 of the United States is guarded by Patty Mills #5 of the Australia Boomers during an exhibition game at Michelob Ultra Arena ahead of the Tokyo Olympic Games on July 12, 2021 in Las Vegas, Nevada. Australia defeated the United States 91-83. (Photo: AFP)

The US basketball team suffered a second consecutive loss, this time to Australia in an exhibition match that took place in Las Vegas leading up to the Tokyo Olympics.

The match ended with the Australians on top 91-83.

USA basketball had been previously defeated 87-90 against Nigeria on Saturday.

The home team had to to endure boos following the end of the game.

Damian Lillard finished with 22 points for the USA, while Kevin Durant scored 17 and Bradley Beal had 12.

The US basketball team will face Argentina on Tuesday, whereas Australia will be meeting Nigeria on the same day. 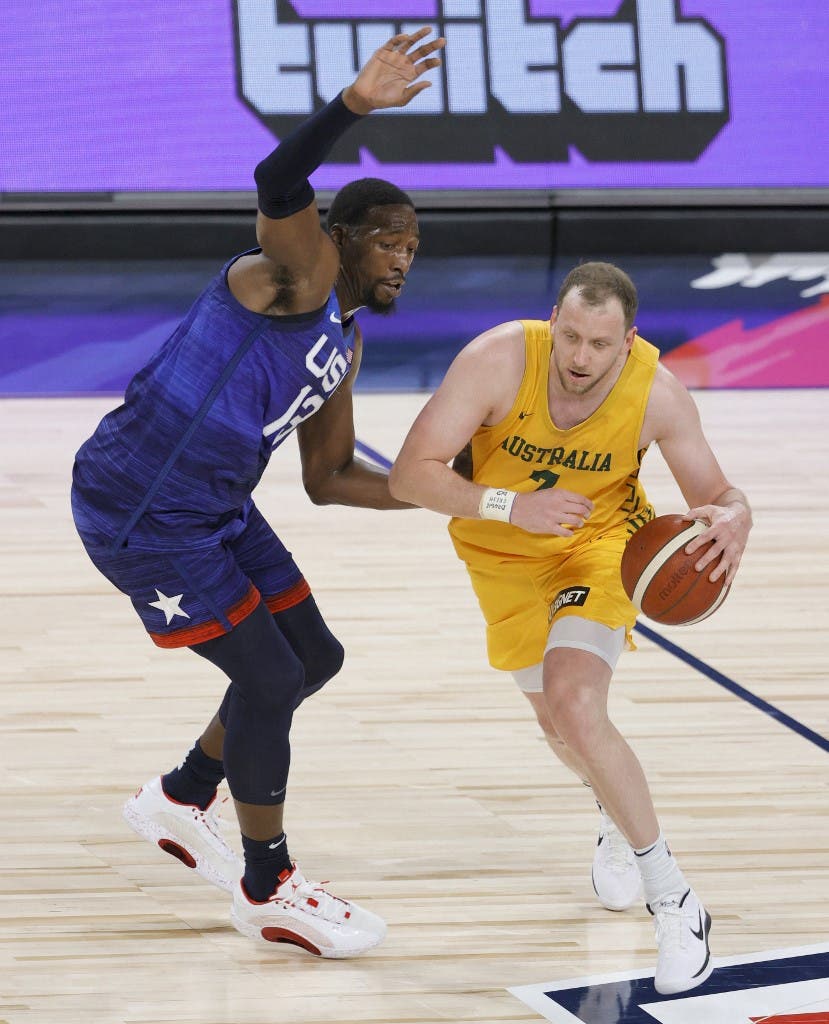