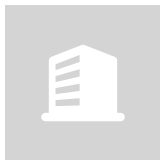 Starwood Hotels represents one of the world's largest hotel and leisure companies. It conducts its hotel and leisure business both directly and through its subsidiaries. Its brand names include St. Regis, The Luxury Collection, W, Westin, Le Méridien, Sheraton, Four Points, Aloft, and Element

Starwood Hotels' business emphasizes the global operation of hotels and resorts primarily in the luxury and upscale segment of the lodging industry. It seeks to acquire interests in, or management or franchise rights with respect to properties in this segment. At December 31, 2009, its hotel portfolio included owned, leased, managed and franchised hotels totaling 979 hotels with approximately 292,000 rooms in approximately 100 countries, and is comprised of 63 hotels that it owns or leases or in which it has a majority equity interest, 440 hotels managed by the company on behalf of third-party owners and 476 hotels for which it receives franchise fees.

Every month, the award-winning Tuscan style restaurant Villa Toscana celebrates a different aspect of the Italian cuisine – whether it’s an individual ingredient or a local tradition that represents its rich culture.
Read more

A New Era for Iridium Spa, at the St. Regis Resort Saadiyat Island