Celebrating success achieved by women in all different sectors, we have decided to write in recognition of the female journalists and media figures who have been able to change the media scene during the last few years, despite numerous challenges.

✨Our Women on the Ground: Essays by Arab Women Reporting from the Arab World. Edited by Zahra Hankir ✨⁣⁣⁣⁣⁣

This is an anthology of 19 essays by Arab and Middle Eastern Sahafiyat (female journalists) providing insights into what it means to be an Arab woman reporting… pic.twitter.com/JoJ4Q25ivS

There is no doubt that female journalists in the news industry have been facing tremendous difficulties over the last several decades, especially in a world that tends to take women lightly, and in an industry that is still highly male-dominated.

According to the 2020 Reuters Institute's factsheet that was conducted in 10 different global markets, an average of 40% of journalists in these countries were females. Yet, only 23% of the top editors in 200 major outlets explored in the sample are women.

However, women continue to show persistence in conquering the media scene, where not only have they achieved success but also excelled to great levels.

Here in the Middle East, there are grave consequences for working in journalism for both men and women. A 2016 report by the International Federation of Journalists has revealed that 435 journalists have lost their lives in Iraq since the 2003 US invasion, many of which were women, namely the AlArabiya reporter Atwar Bahjat who was kidnapped and killed along with two male cameramen in 2006.

Some comments are unimaginable! These journalists are fighting the system! They are not the system! Thank you for these brave woman who fignt for women rights in the Arab world! ✊🏼❤️@ZahraHankir https://t.co/iu9zaZHawN

In Syria, more than 700 journalists and reporters have been killed since the beginning of the civil war in 2011, according to the Syrian Network for Human Rights. The UNESCO has documented the death of at least 6 female reporters amongst hundreds of Syrian journalists.

Not only do female Arab journalists courageously embark on dangerous missions in war zones and areas of conflicts, they are still largely forced to work in an environment relatively unwelcoming of well-spoken women, which makes their success even more remarkable.

Below, we will take a look at a number of the most successful female journalists, many of whom are impressive in every sense. 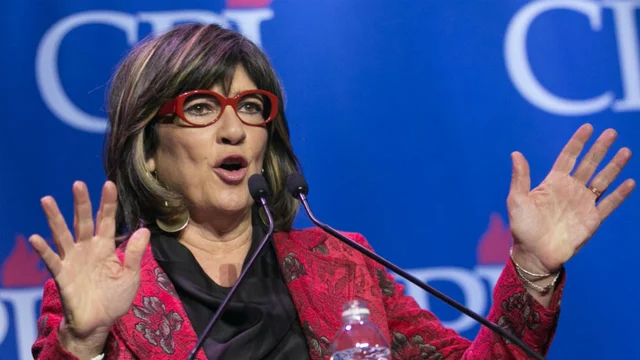 We can not talk about successful female journalists without mentioning the one-of-a-kind Amanpour; the British-Iranian journalist who has been hosting her own TV show non-stop on CNN since 2012.

Coming from a Middle Eastern background herself, growing up in Tehran until the age of 11, Amanpour achieved major success during her coverage of the Gulf War in 1990. She was also tasked with reporting from the ground during the Bosnian war in the early 1990s, before becoming a regular face from war zones, including Iraq, Afghanistan, Palestine, Rwanda, the Balkans, and others.

During her extended career, Christiane Amanpour has interviewed a number of world leaders, including Iranian presidents Mohammad Khatami in 1998 and Mahmoud Ahmadinejad in 2010, in addition to the Syrian President Bashar Al-Assad in 2005, the Palestinian President Yasser Arafat during the 2002 Israeli siege of his compound in the West Bank. She also interviewed the late presidents of Libya Mu'ammar Al-Qadhdhafi and Egypt Hosni Mubarak amid the Arab Spring revolutions that overthrew them in 2011. 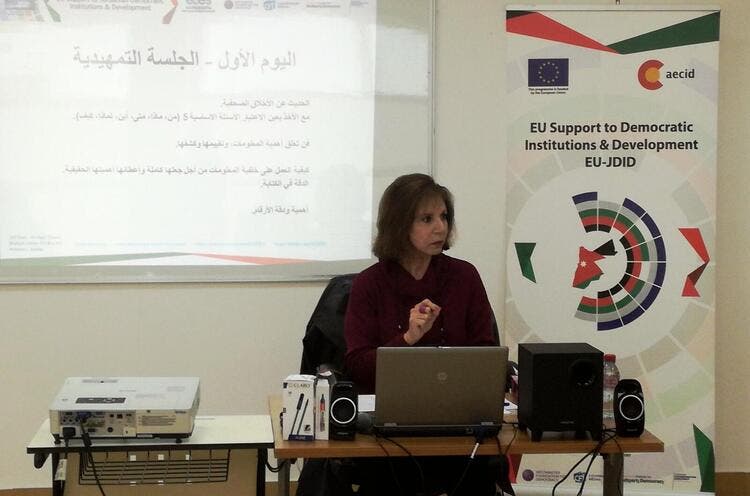 The French-Lebanese award-winning journalist was the director of Agence France Presse's office in Amman between 1987 to 2012. Habib was also appointed as Regional Director for the Middle-East and North-Africa at AFP Foundation until January 2016, before becoming Amnesty International's Regional Director for the Middle East and North Africa office 2016-2017.

Throughout her career, Habib had covered news from hotspots in the Middle East and elsewhere, including the 1990 Gulf War.

In 1994, Habib and other journalists survived an attack near the southern Iraqi city of Basra, during which she was injured before being hospitalized in Amman.

By the end of the 1990s, Randa Habib had to face yet another challenge, as she helped expose the Israeli role in the 1997 failed assassination attempt of Hamas leader Khaled Meshal in Amman.

In March 1999, Randa Habib was the very first journalist to interview Jordan's then-new King Abdullah II, only a month after he replaced his deceased father the late King Hussein. 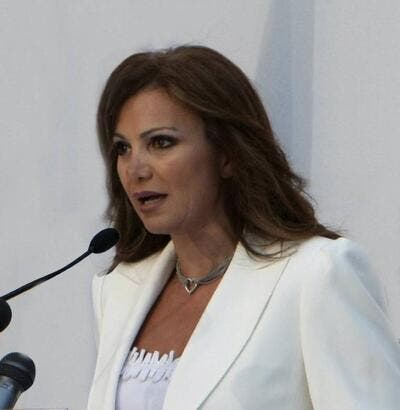 Starting as a presenter of cultural talk shows in Lebanon during the 1980s, the Lebanese-French journalist has continued her career interviewing some of the world's most known leaders in the different domains, including politics, culture, and others.

Khoury's shows have been broadcast across Alarabiya TV, BBC Arabic, and most recently Sky News Arabia,

Following the assassination of her late husband Samir Kassir in Beruit in 2005, Giselle Khoury has founded the Samir Kassir Foundation to promote cultural dialogue and encourage young talents in the press field across the Arab World. 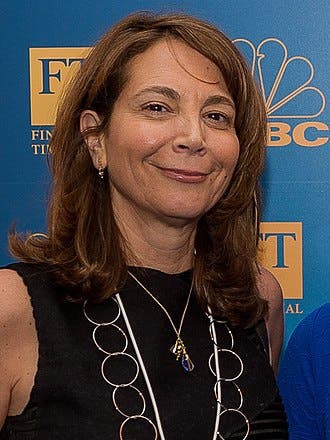 The Financial Times's latest editor is the British-Lebanese Roula Khalaf, who has been working for the FT since 1995, following her 4 years in Forbes magazine as a staff writer.

Khalaf grew up in Lebanon during the Civil War (1975-1990) which has equipped her with a deep understanding of Middle Eastern politics and dynamics, all of which have brushed her skills in the news industry, making her one of the most famous Arab female journalists around the world.

Besides being an award-winning journalist, Khalaf was also quoted in the 2007 The Wolf of Wall Street, which Khalaf had her own take on in a 2014 article in the FT.

CNN's chief international correspondent is best known for the seven languages she speaks including Arabic, which has enabled her to cover news from the ground from different parts of the world, including war zones such as Syria and Yemen.

Recently, Ward has also led a mission in Russia to uncover more details on the poisoning of Russian opposition leader Alexey Navalny.

Despite her start as a presenter of entertainment TV shows, Rima Maktabi was soon known as one of the youngest and bravest war reporters from Lebanon, during the 2006 war between Israel and Hezbollah, before becoming one of the well-known faces of journalism from the Middle East, hosting CNN's Inside the Middle East for two years (2011-2013).

In 2013, Action On Armed Violence (AOAV) awarded Maktabi as one of eight most influential journalists covering conflicts in the Arab World. 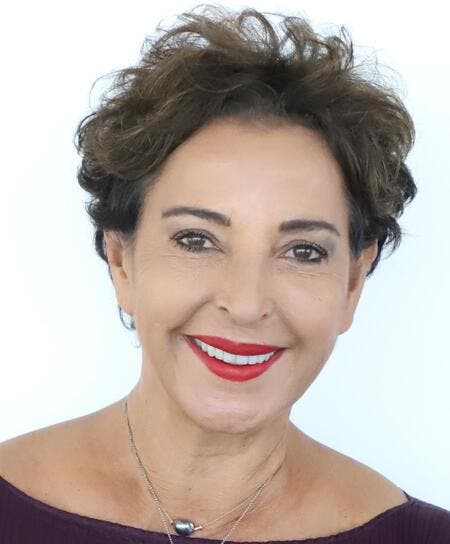 Believing that she is an "interpreter of both Middle Eastern and American cultures", Lebanese-American Dergham was chief of New York Bureau Chief for the London-based Al-Hayat daily for 28 years, before founding the Lebanon-based think tank Beirut Institute.

For decades, Dergham's work was featured in the most-read US publications in addition to her being a regular guest speaker on American television when it comes to commentary on issues connected to the Middle East. She also interviewed a number of global leaders and decision-makers, including the former US president George W. Bush, Pakistan's Pervez Musharraf, Palestine's Yasser Arafat, and Mahmoud Abbas, in addition to former presidents of Iraq Jalal Talabani, Egypt's Honi Mubarak, Yemen's Ali Abdullah Saleh, Sudan's Omar al-Bashir, in addition to Jordan's late King Hussien.

In 1997, Dergham served as president of the United Nations Correspondents Association. 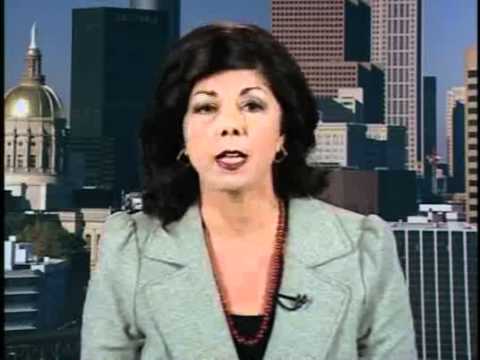 Born and raised in Lebanon, Octavia Nasr moved to the US in her twenties where she joined CNN as a Senior Editor of Mideast affairs for over 20 years.

During her tenure with CNN, Nasr helped coordinating coverage during the 1990 Gulf War successfully. However, Nasr was let go from CNN following a tweet she posted in which she commented on the death of prominent Shitte cleric Mohammad Hussein Fadlallah in 2010. 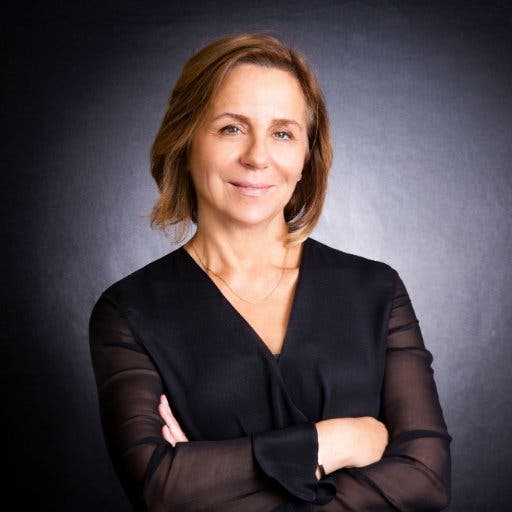 With a great belief in free press and freedom of speech, Jordanian journalist Rana Sabbagh has founded the Middle East's first network for investigative journalism, known as the Arab Reporters for Investigative Journalism (ARIJ), which holds trainings for hundreds of Arab journalists with the hope of equipping them with the needed skills for their media careers.

Sabbagh was previously the chief editor of The Jordan Times, making history as the Levant's first female head of a daily political newspaper.

Moreover, Sabbagh was the Jordan correspondent for the London-based The Times. 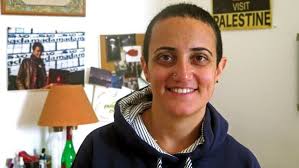 Despite a gloomy environment for the free press in Egypt in recent years, Lina Attalah has successfully maintained the publication of the digital newspaper Mada Masr, which is often regarded as the country's boldest media network, as it expresses a liberal and independent voice that has been largely silenced in the country following the different episodes of political unrest.

Featured in the Time's 2020 most influential 100 people, Attalalh has been arrested several times on the basis of her work and the different stories covered by Mada Masr, even though her work was widely recognized following the 2011 Arab Spring revolution.

Can you think of other names to celebrate outstanding female journalists? What do you think should be done to ensure better working conditions for these professional reporters?