Published December 24th, 2021 - 08:00 GMT
While we were admiring all the major accomplishments of the year, the greatest thing is the fact that the mainstream media now must use the term Fiat whenever they are comparing crypto to old traditional currencies. (Shutterstock)
Highlights
It takes no charts experts to conclude that the cryptocurrency market went through quite a great year!

The crypto market witnessed a lot of interesting events in 2021. The industry, which is as exciting as the prices are volatile, took very big dynamic and fast-moving leaps forward in global finance.

While we were admiring all the major accomplishments of the year, the greatest thing is the fact that the mainstream media now must use the term Fiat whenever they are comparing crypto to old traditional currencies. 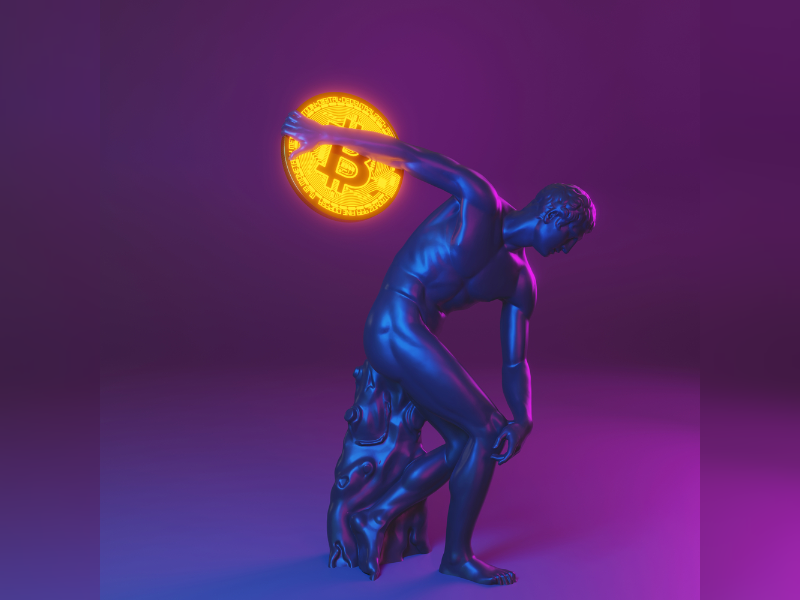 From the dubious tweeting spree of Elon Musk which nearly crashed the markets on many occasions, and Tesla's acceptance of Bitcoin, to El Salvador endorsing it as legal tender, 2021 was the year that saw increasing Google search interest for how to buy bitcoin than searches for how to buy stocks! The world has evolving in terms of crypto adoption, and each trader had moments of dizzying success and a share of mistakes due to recklessness, so here are 2021 major market-moving events and highlights that raised some eyebrows:

Among other countries, China has made news headlines by becoming the first mega economy to implement a sovereign digital currency. Developed by China’s central bank, the People’s Bank of China (PBOC) since 2014, China’s digital yuan is poised to impact the world’s economy and shake off some of COVID repercussions in China.

According to a report by the Bank for International Settlements (BIS), 80 percent of central banks are now either exploring or engaging in research, experimentation, or development of CBDCs. For example, Sweden has soft-launched e-krona and the Bahamas’ sand dollar.

Not just that, consumers globally are growing significantly receptive to the CBDC issued by governments.

A study by leading European deep tech company Guardtime shows that 'across 10 countries including major European and Asian economies in addition to the US and the United Arab Emirates found 64% of adults would be likely to use a digital currency launched by their country’s Central Bank and Government".

Gaining more acceptance by businesses and increasing demand from traditional institutional investors, BTC has broken above $60K soaring 97.78% compared to its price a year ago. This can be attributed to many factors including Tesla’s acceptance of the first truly digital currency as a method of the payment plus the EV makers acquiring $1.5 billion worth of BTC as well as the public IPO of the US biggest crypto exchange Coinbase. Coinbase’s profits might reach a valuation of just over $100 billion, and this would make it the biggest tech IPO in the US ever right after Facebook’s.

Also, BTC has recently received a great confidence boost by El Salvador and Paraguay's move to accept bitcoin as legal tender. We believe the best is yet to come in 2022.

After Crypto enthusiasts and DOGECOIN advocate, Elon Musk revealed that his rocket company, SpaceX, owns bitcoin and has no plans to sell any of it, his other electric car company, Tesla, announced the acceptance of bitcoin as a payment method.

The ill-informed controversial tech mogul giveth and taketh away bitcoin payment citing energy consumption concerns. Truth be told, Musk has been EVERYTHING but predictable, but this time he outdid himself!

The zero-emissions EV company-issued statement reads: “We are concerned about the rapidly increasing use of fossil fuels for Bitcoin mining and transactions, especially coal, which has the worst emissions of any fuel”.

Lately, Tesla started allowing the purchase of some of its merchandise with the meme cryptocurrency, favored by Musk, dogecoin.

Making history by becoming the first-ever nation to adopt Bitcoin (BTC) as legal tender, Crypto haven El Salvador has announced the inauguration of a new "bitcoin" city fully funded initially by $1 billion Bitcoin bonds. While neighboring countries are introducing higher VAT, the young crypto advocate and President of El Salvador, Nayib Bukele, announced the intention to build a "Bitcoin City" that would rely on bitcoin-backed bonds with zero taxes.

The long-anticipated soft fork dubbed Taproot has brought features that improve the network’s privacy, scalability, and security. Also, the Taproot upgrade unlocks the potential for smart contracts which cuts the middle man in bitcoin transactions.

This is bitcoin's first upgrade in four years.

Still not sure what an NFT is? Check out our crypto glossary 📖.

While NFT mania seems to be getting a bit out of hand as everyone, including journalists, wants to join the party because why NOT. With NFT discussions flying at us from all corners, we saw some of them sold for millions of dollars and we’ve seen big names like Playboy, Budweiser, FC Barcelona, Melania Trump and Paris Hilton among many other celebs and brands hopping into the trend to unwrap a new NFT collection!

We’ve seen crypto advocate and Twitter CEO Jack Dorsey sell an NFT of the first-ever tweet for $2.9 million to an investor dubbed as @sinaEstavi. The New York Time has entered the game and even sold an article for more than half a million dollars! The first text message in history (December 3, 1992) was sold as an NFT by British operator Vodafone at an auction for $121,000!

To put things into perspective, the NFT industry hit $2 billion in the first quarter of 2021 alone! You know what’s even better? The NFT hype is expected to continue into 2022!

What is Nicole Kidman's Biggest Fear?

Coldplay to Record Their Final Album in 2025