For decades, the Hajj season has generated millions in profit for the Saudi economy. Thanks to at least two million pilgrims every year, several Saudi industries were benefiting from the annual religious event that took place in Mecca city. 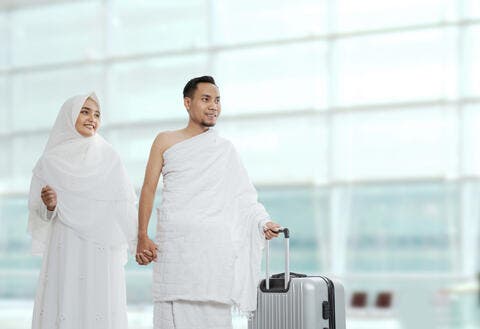 Saudi Arabia’s authorities revealed the final plans for #Hajj2021, which is scheduled to begin on Saturday, July 17 https://t.co/ejmT98jPOE

Hosting between 2 to 3 million visitors in the span of two weeks, Saudi airlines, hotels, restaurants, shopping malls, and the transportation sector used to feel the positive impact of the pilgrimage season. In 2019, the Hajj revenue made up about 7% of the Saudi GDP, amounting to more than $12 billion.

However, this reality drastically changed in 2020, in the wake of the COVID19 pandemic, which forced Saudi authorities to take the decision to limit the Hajj rituals to a few thousand Muslim residents of the country that used to live under a strict lockdown for most of 2020.

The 2020 pilgrimage season was carefully designed to be held for a few thousand people amid the strict implementation of testing, social distancing, and constant disinfection in all facilities across Mecca, dramatically slashing the annual revenue of the season.

Even though the shadow of the coronavirus is still haunting global events and major plans around the world, the 2021 pilgrimage season might witness a few changes when compared to last year.

With a massive vaccination program taking place in Saudi Arabia, where more than 51% of the country's population received one shot of the vaccine while more than 8.4% received two shots, Saudi Arabia is preparing for a bigger Hajj season this year. 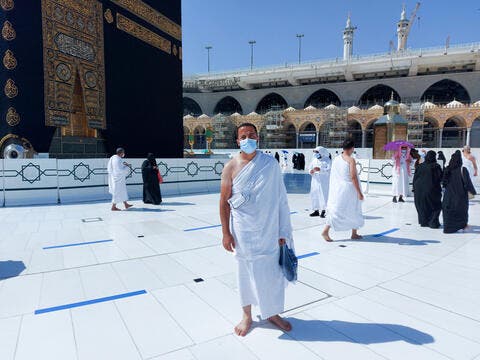 Is Saudi Fully Prepared For The Hajj Season?

These robots are getting ready to give out zamzam water to Hajj pilgrims 🕋 pic.twitter.com/wAAU90Kezy

This year, about 60,000 pilgrims will be allowed to take part in the ritual that is considered the fifth and final pillar of Islam. Having a relatively larger Hajj this year has been linked to authorities' conditions that all pilgrims be fully vaccinated residents of the country, to ensure the safety of all participants, which could mean a bigger success than the one achieved in 2020.

Clearly, vaccinations and other safety procedures will continue to be amongst the most important requirements for upcoming Hajj seasons, which will enable Saudi Arabia to gradually welcome millions of international visitors for the annual Hajj in the post-COVID era.