Published October 16th, 2021 - 03:00 GMT
The world of technology and automation is slowly taking over the way we work and live. (shutterstock)

The use of automation and robotics have come a long way since they were first introduced. As scientists, engineers, and professionals delve deeper into what automation can offer, many industries are facing significant changes in how they operate. After all, robots do not need breaks or holidays, so what does that mean for these industries? 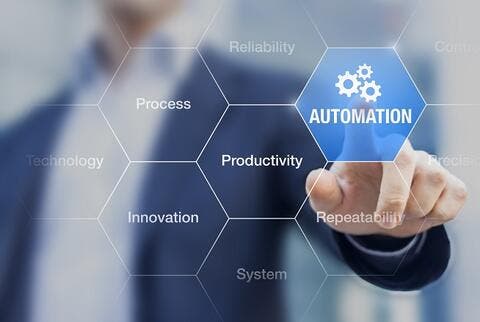 For some industries, the use of automation proved to be a great solution to replace workers who are getting sick or want to retire. In addition, with the world rapidly changing, some industries have no other choice but to adopt automation if they want to stay in the game.

Here are some of the industries which are affected by automation:

In order to resolve the issue of employee shortage, and cut down costs and operation time, restaurants and cafes are beginning to use robotic waiters or cook robots to carry out repetitive tasks. For instance, Spyce Kitchen in Boston has a full automated kitchen that prepares salads for its customers. This way their employees can focus on more creative and engaging tasks and thus not only improve their customer experience but also save their employees the hustle of performing monotonous tasks.

Another great example that launched just at the right time is Dubai’s Robocafe. With the pandemic pushing its launch until June 2020, the cafe proved to be the perfect place to enjoy a cup of coffee while keeping your distance from others!

Health care is one of the most important yet burdened sectors worldwide, and this burden was further deepened by the pandemic. It is estimated that by 2030, there will be a shortage of around 18M health care workers in low- and lower-middle income countries. In addition, there will be a need for around 9M health care workers worldwide by then in order to reach the UN’s Sustainable Development Goal 3 of “Good Health and Wellbeing”. Therefore, countries across the globe are beginning to turn to automation to fill the gap in the health sector.

In the UAE, Al Qasimi Hopsital started using a robot to conduct cardiac surgery through a computerized system in June 2014. Later in 2018, a new robot was also used at the same hospital with 99.1% clinical success in complex surgeries. In addition, robots are also being used in Al Qasimi Hospital to perform surgeries to treat pelvic disease. Since February 2019, the hospital has completed 151 robot surgeries.

Robots have also proven to be quite the ally during the fight against the pandemic. King Abdullah Medical Complex in Saudi Arabia used robots to carry out tests, make diagnosis and treat patients suffering from COVID-19. Bahrain also turned to robots during the pandemic to limit the exposure of its staff to the virus, as well as control its spread.

“During this period, we want to provide the best protection and safety to all healthcare staff and further minimize their exposure by using technology in the national efforts to fight Covid-19,” - Fatima Al Ahmed, Bahrain’s Health Ministry Under-Secretary for Resources and Services

The demand for different kinds of products drives the growth of the manufacturing industry. And in order to save operation time, cut down costs and produce large quantities, automation is an important key. Furthermore, with the advancements in technology found at every corner, automation has become an imperative part of manufacturing processes. From assembly lines and improved safety to heavy lifting, one cannot deny that the introduction of automation has revolutionized the work being done inside manufacturing facilities.

In addition, with many countries having visions to implement advanced technology and automations, like Saudi Arabia’s Vision 2030 and UAE’s vision 2021, using automation has become more important than ever before.

When ordering things, many customers face the frustration that comes with delayed or incorrect orders. However, automation can be the answer to fast and more efficient deliveries! Alphabet, the parent company of Google, has introduced a drone delivery company called Wing. Wing aims to deliver your needs to your front door without having to worry about the hustle of commuting or delays.

Tech Turkish entrepreneur, Ali Kutay Yarali, saw a market gap that was created because of the lockdown restrictions and curfews, and he was quick to take action. Last mile logistics company, Delivers AI, first started installing its delivery robots in Istanbul, Turkey. With his delivery robots, deliveries will now become safer and more efficient. The company is said to launch two delivery robots in Madrid, Spain and two in Dubai, UAE by the end of October and November 2021, respectively. The company also aims to have 5 robots in Birmingham, England by the beginning of 2022.

As customers can have access to warehouses more than ever before through online stores and fast ordering methods, warehouses need to step up their game in order to keep up with this demand. The more products are moving in and out of the warehouse, the more crucial it is to find a warehousing solution that can accommodate these demands. One of the most efficient and beneficial ways to improve warehousing processes is through automation. By using robots to carry out repetitive tasks, the overall process will become faster, cheaper and more efficient. Furthermore, using automation in the warehouse means employees will have a lower risk of injuries.

Amazon was among the first to start using robots to carry out warehousing operations, and now the online retail giant has more than 200,000 robots in its warehouse network.

The warehouse automation market in the Middle East is said to triple to $1.6B by 2025, which means that the demand is soaring in the region. And in order for companies to keep up with this demand, technology and automation is a key player to help them stay ahead in the business world. 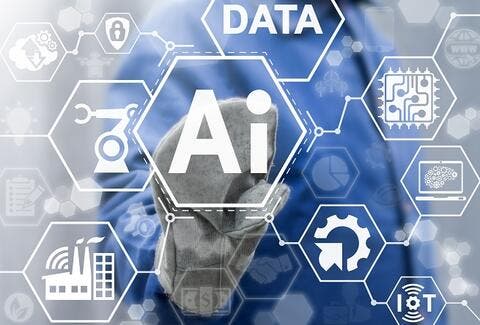 With Amazon launching its cashier-less technology in other stores, the automation of supermarkets and groceries is not a matter of “if” but rather “when”. With Amazon’s Just Walk Out technology launching in two Whole Food Stores, more customers will be able to shop without having to wait in checkout lines.

The world of technology and automation is slowly taking over the way we work and live. However, this does not necessarily mean that these advancements will replace humans, but rather if used correctly they can be a great asset to us. It is instrumental that companies and governments focus on highlighting how technology will help employees focus on more important tasks and allow them to provide a far better customer experience. Furthermore, by introducing new ways of doing business, we are also opening the doors for new jobs. So make sure you are working on the skills of tomorrow to be part of this new world!