GITEX Global, the technology exhibition held in Dubai every year since 1996, has developed as one of the world's premier forums for technology and digitalization, attracting a wide audience, particularly from the MEA (Middle East / Africa) Region. 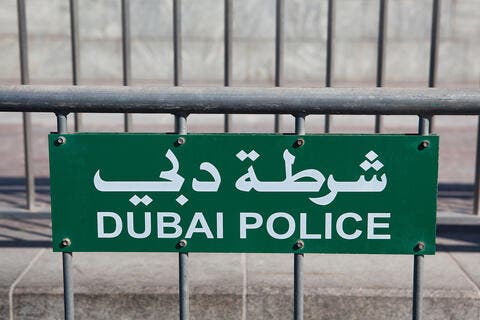 Gitex Global in its largest-ever edition was held from Oct. 10 to 14, 2022, at the Dubai World Trade Center, with 5,000 firms spanning 26 halls and 2 million square feet of exhibition area. The size difference represents an astonishing 25% year-on-year rise, exceeding the venue's maximum limit.

Here are the top 7 interesting things revealed during the five-day exhibition!

It’s day one of #Gitex2022 in #Dubai and we have a first look at the Cruise Origin driverless taxi due to hit the streets of the UAE from 2023. They will become a familiar sight on the roads with thousands more due by 2030 ⁦@TheNationalNews⁩ pic.twitter.com/XszhfnJgAU

The Roads and Transport Authority displayed driverless taxis. Cruise Origin taxis will be set to be on Dubai’s roads next year, making Dubai one of the first cities to include self-driving cars in their transportation options, with the exception of a few towns in the United States.

Check out the semi-automatic delivery robot by get u go pic.twitter.com/HMKIfKaZQz

This delivery robot has proven popular at airports in Cincinnati and Rome, where it brings meals and duty-free items to travelers who are waiting.

Businesses can subscribe to delivery robots and custom-build them to include refrigeration or heating to keep food and beverages at the correct temperature. Fully autonomous robots can transport groceries and items to the curb, last mile, and even indoors.

Ever heard of a robotic pill? This is one of the cool technologies on display at @GITEX_GLOBAL. Manufactured by the Silicon Valley-based company @endiatx, the PillBot could allow people to have an endoscopy from the comfort of their homes!#GITEXGLOBAL https://t.co/hJ3HmLdLSP pic.twitter.com/9prYeBcioJ

The PillBot, created by the Silicon Valley-based business endiatx, might allow patients to have an endoscopy from the comfort of their own homes! The robotic pill made of polycarbonate, which squirts water in six different directions when swallowed, will allow a doctor to remotely check a patient's insides through a virtual call. According to its creators, the technology has the potential to revolutionize medical care and relieve significant strain on the healthcare system.

The pill is incredibly affordable at $35 and only has to work for 5-10 minutes to provide doctors a good peek inside the stomach. It will naturally flow through the human body. Torrey claims to have previously consumed 15 of the pills for research purposes.

EndiaTX COO Bill Dixon hopes to deliver the device in the market over the next three years, despite the fact that it is still in the development phase.

Ameca, dubbed a "future platform," is the world's most advanced human-shaped robot, representing the cutting edge of human-robotics technology. The android-like machine on show at the Etisalat exposition at Gitex is specifically developed as a platform for future robotics technology development. Ameca is the ideal humanoid platform for human-robot interaction, mimicking human behaviors and learning through Artificial Intelligence.

In a video released by @DXBMediaOffice, @HamdanMohammed can be seen at Chinese electric vehicle manufacturer #XPeng's stall where he was briefed on the #X2 flying car @XPengMotors @GITEX_GLOBAL #flyingcar pic.twitter.com/8xEehjOeSY

The first flight of this car was demonstrated at GITEX GLOBAL 2022 in Dubai. The Chinese electric vehicle startup Xpeng's eVTOL X2 took off from Skydive Dubai.

The dream of flying cars is turning to a reality, Xpeng's flying car is at #GITEXGLOBAL for the first time! pic.twitter.com/0H6QtAIba1

The first test flight lasted 90 minutes and was overseen by the Dubai International Chamber of Commerce. The eVTOL X2 flying automobile stands out not just for its flight capabilities, but also for emitting zero carbon dioxide while in flight. It is built with low-altitude capabilities in mind, allowing it to reach a flight speed of 130 km/hr.

B-Horizon GmbH demonstrated novelties for numerous applications of B-Neo, their revolutionary sensor system. The exhibition's centerpiece is a demonstration of the B-Neo Gaming Glove with embedded smart sensors, which is expected to provide novel impulses to the ever-expanding gaming and metaverse scene. In addition, unique applications in automotive, smart home, and health & care will be demonstrated.

It’s day two of #Gitex2022 and we’re taking a look at the robots on show, this industrial surveillance robot by Swiss-Mile can carry up to 100kg, work underwater, climb and move at 20kmph - perfect for search and rescue operations or building assessments ⁦@TheNationalNews⁩ pic.twitter.com/VoyCECPLnU

This four-legged companion can traverse even the most difficult terrain at speeds of up to 20 kilometers per hour. It can stand on two legs in humanoid mode and be utilized commercially for surveillance, large-scale building inspections, and search and rescue. It can transport up to 100kg and is ideal for last-mile deliveries. It is also waterproof to a depth of one meter and has a battery life of up to ten hours. The robot costs around $200,000 to build.
Tags:Gitex 2022GitexGitex global 2022UAEDubai