Which Middle Eastern Countries Are Investing the Most in Their Armies?

A recent report by the Stockholm International Peace Research Institute (SIPRI) has highlighted relevant stability in terms of arms sales around the world over the last five years. Yet, the report has revealed many details connected to Arab states with the most spending on arms deals, as five Arab countries have ranked amongst the world's biggest buyers.

The 2020 Trends in International Arms Transfers report which was released last month has disclosed that arms deals initiated by countries in the Middle East have grown by 25% between the years 2011-2020.

However, this rise isn't very surprising considering the regional military conflicts that have been going on over the last decade, especially in the years following the Arab Spring protests, which has triggered violent wars in Syria, Yemen, and Libya, in addition to militant battles against extremism and terrorism, most evident in the sudden rise of ISIS back in 2014, which has affected a number of countries, including Iraq and Egypt.

Figures provided by the report show that the five largest arms exporters in 2016–20 were the
United States, Russia, France, Germany, and China. 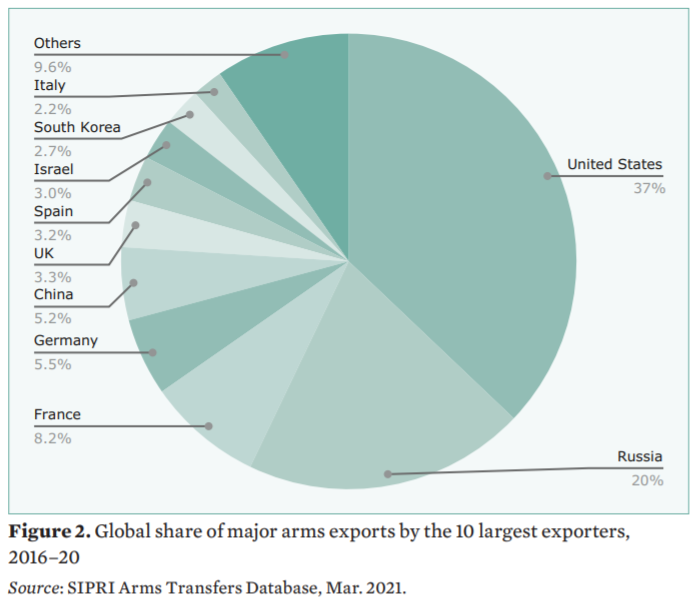 Additionally, the Middle East accounted for 33% of all arms sales between the years 2016-2020, ranking second after Asia and Oceania (42%). The report also notes that "47%of US arms exports went to the Middle East in 2016–20, an increase of 28% on the previous five-year period." Breaking down the Middle Eastern recipients of US arms during this period would rank Israel at the top of the list with a 335% increase, Qatar with 208%, besides Saudi Arabia 175%.

However, US arms sales to the UAE dropped by 36% in comparison with the previous five-year period. 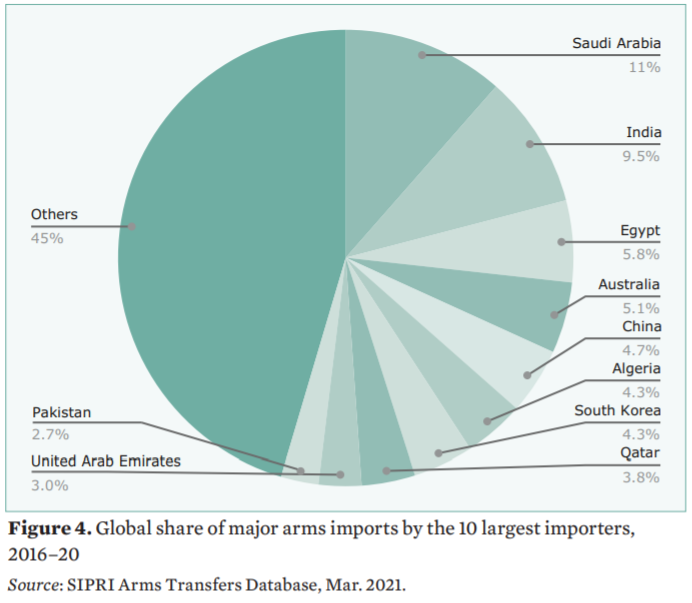 Meanwhile, 5 of the top 10 importers of arms between 2016-2020 were the Arab States, with Saudi Arabia in the lead with a solid 11% and Egypt making it to the top 5 for the first time, ranking the third place making up for 5.8% of global deals.

It is no surprise to see Saudi Arabia and the United Arab Emirates amongst the top 10 buyers during the last five years, especially as the two countries continue to directly engage in the Yemen war against the Iranian-backed Houthis since 2015.

Even though the UAE's imports fell by 37% compared to the 2011-2015 period, the report expected Emirati deals to increase during the second half of 2020, following the country's normalization with Israel which had sealed a long-awaited F35 deal with the US.

Which of these figures was the most surprising to you? Do you think Arab states will continue to arm up in the next five years?

The Dubai 2040 Urban Plan: Promising Opportunities for a Green Future
What Challenges Are Facing Food Security in the MENA?
looking for a Job in the UAE? Here Are the Most Jobs in Demand in 2021
Tags:Armsmilitary investmentArab