Published May 20th, 2021 - 07:30 GMT
The crypto bloodbath that gripped investor attention was largely attributed to a regulatory crackdown in China. But this narrative “was quite deceiving as it was the People's Bank of China (PBOC) reiterating a 2017 policy rather than establishing any new ban,” Donoghue added. (Shutterstock)
Highlights
But institutional activity hasn't waned, and looks set to pick up pace as blockchain adoption remains in the early innings.

Bitcoin rebounded on Wednesday night, as investors swooped in to buy the battered crypto in a sign the selling has likely bottomed as fears of a regulatory crackdown in China appear to be misplaced. 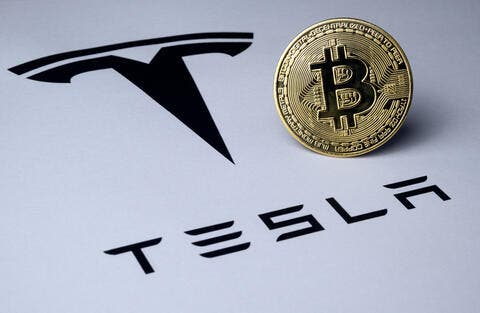 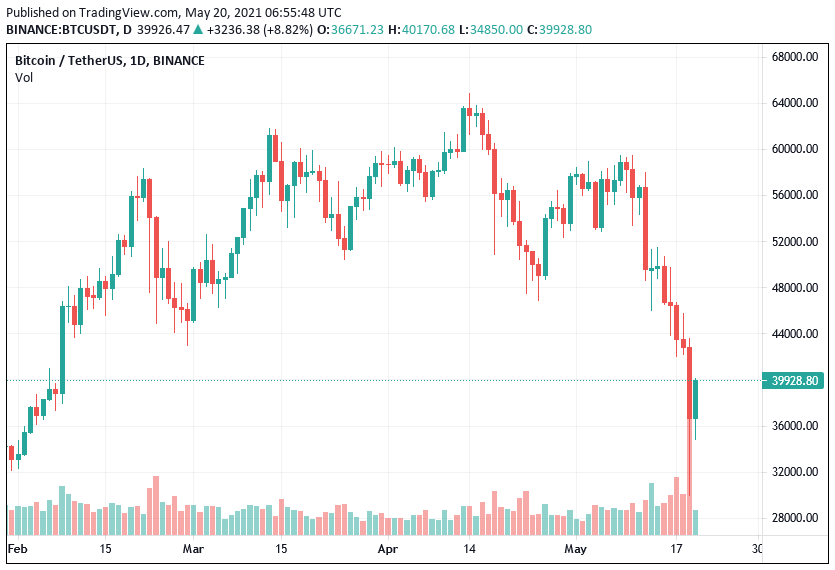 “We have seen a significant recovery from the lows indicating that the bulk of the selling is now likely done,” said Seamus Donoghue, VP of Strategic Alliances at METACO, said in an email.

The crypto bloodbath that gripped investor attention was largely attributed to a regulatory crackdown in China. But this narrative “was quite deceiving as it was the People's Bank of China (PBOC) reiterating a 2017 policy rather than establishing any new ban,” Donoghue added.

“Today's price action seems to be more about unwinding excessive speculation and accelerating losses that triggered a series of liquidations culminating in as much as a 50% drawdown from the highs in Bitcoin.”

Beijing has long been a foe of bitcoin. In the run-up to the prior bull market during 2017, when initial coin offerings -- a means of fundraising -- were growing in popularity, the People’s Bank of China stepped in to curb activity and forced some crypto exchanges to stop allowing new user registrations.

Others agree, pointing to a combination of factors that suggest the crypto sell-off did not stem from actions out of China.

“It does not seem like the current dip is due to China, but rather a result of a combination of factors out of the United States – the views expressed by Elon Musk and the sentiment coming out of the OCC, IRS and FDIC combined. There is a certain amount of stress the market withstood earlier last week from US federal agencies, but it does seem that Elon’s tweet was the last straw,” said Eli Taranto, Chief Business Development Officer for EQIBank.

The sea of red across crypto markets stoked some fears that institutional investors, who have been the one of the main catalysts behind the crypto bull run, were heading for the exit.

JPMorgan (NYSE:JPM) added fuel to fire after suggesting that institutional investors were losing their appetite for BTC as a digital gold “hodl,” and returning to the safety of traditional safe-haven gold.

“The bitcoin flow picture continues to deteriorate and is pointing to continued retrenchment by institutional investors,” JPMorgan wrote in a note to clients, according to CNBC. “Over the past month, bitcoin futures markets experienced their steepest and more sustained liquidation since the bitcoin ascent started last October.”

But institutional activity hasn't waned, and looks set to pick up pace as blockchain adoption remains in the early innings.

“[U]nlike the crypto winter of 2018 we have observed every major bank is now looking to build capabilities in crypto and will be looking to come to market in 2021/2022. We have seen some of the largest institutions such as Standard Chartered (OTC:SCBFF), Northern Trust (NASDAQ:NTRS), DBS, and BBVA (MC:BBVA) all go live with client offerings,” Donoghue said. “Much like an iceberg these are just hints of what’s to come in terms of institutional adoption.”